But did we get any of the things we wished for? The Manor folk are on hand to run through their top five games from this year’s E3 – Professor GreilMercs already listed his highlights, but here are the picks from the Baron and Lucius.

This game just hits me right in the Marvels and cranks the classic video game character nostalgia up to 11 with what looks to be a super fun and ridiculous single player campaign. This is the most excited I’ve been about a fighting game in ages.

In theory this could be the best of all, because I loved the new Doom so much and was already thinking about playing it again and wishing it was VR capable, and here we are. I’m hoping that the teleport movement in the trailer isn’t the only option though, and slightly worried that the transition from non-VR to VR controls might be a little tricky for a game with so much fast movement and jumping involved.

Looks to be more of the same of the last one, but that was a ton of fun so I’m quite alright with that. 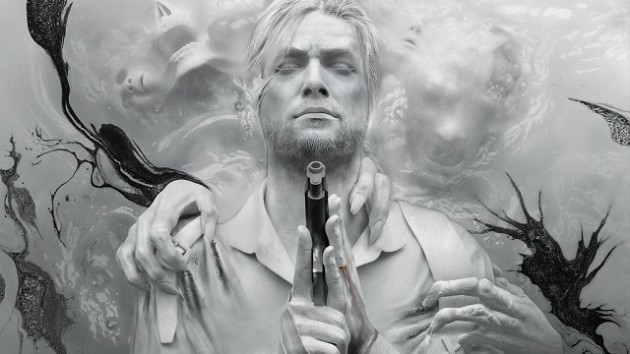 A sequel to the greatest horror game of this generation besides Resident Evil 7? Of course I’m interested in that!

If this can really live up to its promise of an open world set in the beautifully decrepit Metro universe, and the high production values of the previous games tend to make me believe that it can, then this could end up being the game of the year for me. Sci-fi, horror, first person shooting, and a huge world full of content? What more can a man ask for?!

#5 Sushi Striker: The Way of Sushido

This new IP was announced quite late on in E3, but it quickly became one of the games I’m most looking forward to. It’s an action puzzle game from the makers of NES Remix, and it looks wonderfully absurd – you have to collect sushi from the conveyor belt in front of you and fling the dishes at your opponent. But the best thing has to be the music – check out the trailer to see what I mean.

Wolfenstein: The New Order was a wonderful surprise after a string of lacklustre Wolfenstein titles – the story was compelling and the gameplay was a refreshing return to old-school health packs. The sequel – now set in a  Nazi-run America – looks just as good. Can’t wait. 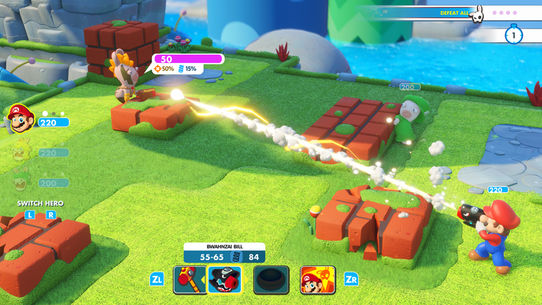 Well this one was a bit of a surprise. Thanks to leaks, we knew there was a Mario/Rabbids crossover game on the way, and most people groaned at the news, expecting some sort of dull mini-game compilation like the previous Rabbids games. But instead we got XCOM and Mario with a gun – I don’t think anyone saw that coming. What’s more, it actually looks really, really good. 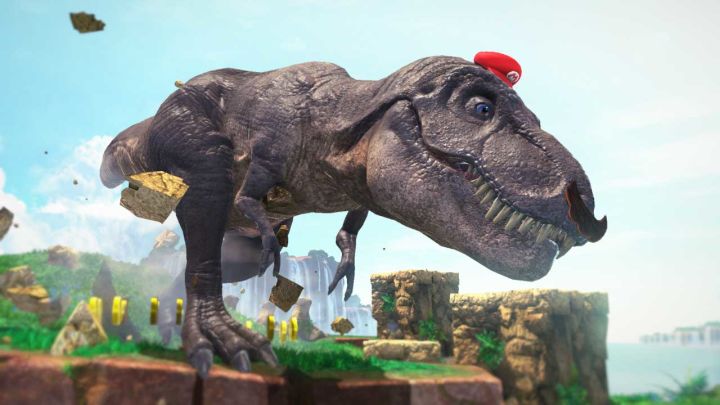 We all knew that Odyssey would be good – there’s nary a dud game in the Mario back catalogue – but from the footage revealed at E3, it looks like it’s shaping up to be something extra special. The ‘possession’ mechanic is a wonderful idea, and the sheer variety of ideas on display is breathtaking. I mean, you can possess a dinosaur. A DINOSAUR. Roll on October.

This game came as something of a surprise, as it’s heading to PS4 and Xbox One rather than Nintendo’s machines. What’s more, it looks utterly stunning – after sampling Monster Hunter 3 Ultimate in HD on the Wii U, I’m looking forward to another HD monster hunt with even shinier graphics. It seems Capcom have given the mechanics a long-overdue shake-up as well, so this looks like almost a new start for the series. Still, I’m keeping my fingers crossed that it will make its way to the Switch as well…

Special mention – It didn’t quite squeak into my top five, but I want to give special mention to Griftlands, a cartoon-style RPG from the makers of Don’t Starve where the emphasis is on charming and swindling your way through the game. Looks very promising…

And that’s it! Thanks for reading our coverage of E3 2017 – if you missed anything, you can find all of the posts archived here. See you back here next year! We’ll leave you with this wonderfully infectious tune ‘I’ll Be Your 1-Up Girl’ from Super Mario Odyssey…

(Apparently it’s sung by no less than Pauline, who’s now the mayor of New Donk City…)

UPDATE FROM LUCIUS – D’oh! I just realised I completely forgot to mention the new Metroid games, which were specifically on my wish list! Seeing as we have no footage of Metroid Prime 4 whatsover, it’s hard to put it in my top five, but I reckon Metroid: Samus Returns should go in at number 2, nudging out Sushi Striker at number 5 (sorry Sushi Striker). I played Metroid II recently, but it was a struggle to get used to the old-school gameplay (there’s not even a map for chrissakes), so I can’t wait to play the remake. Samus Returns seems to add some nifty innovations, too: check out the fancy counter move in the gameplay trailer below. Day one purchase, I reckon – and it’s been far too long since we had a new 2D Metroid.