Back in January I got all excited at the thought of playing a version of Star Fox 64 in real 3D, and I have to say I haven’t been disappointed. Out of all of the 3DS games I’ve played so far, the 3D in Star Fox is by far the most impressive: giant starships fly over your head, asteroids spin lazily across the screen and flocks of space fighters swoop and twirl in front of your eyes in wonderful, glorious, eye-popping 3D. If you’re interested in impressing your friends with what the 3DS can do, then this is definitely the game to show it off to its full potential (although seeing as it’s still early days for the system, it will be fascinating to see how far developers can push it in the future).

The graphics are way, way better than the N64 original, as you’d expect, and the water and lava effects in particular are a sight for sore eyes, although overall the graphics keep that classic blocky feel of previous Star Fox games, revealing the series’ origin on the SNES. The sound effects are all present and correct as well, and it was particularly rewarding to hear all of the cheesy dialogue again, vis a vis:

General Pepper: It’s about time you showed up, Fox. You’re the only hope for our world.
Fox McCloud: I’ll do my best. Andross won’t have his way with me.

Oooh err Fox, I sincerely hope not. Speaking of dialogue, I spent pretty much the entire game trying to work out who Slippy Toad’s voice reminded me of, and it finally came to me when I was writing this post: Martin from The Simpsons. I did a quick check though, and apparently Martin is voiced by Russi Taylor, whereas Slippy is voiced by Lyssa Browne (interestingly, Slippy was voiced by men for the subsequent games Star Fox Adventures and Star Fox Assault, although I think I prefer Lyssa’s effort: have a listen for yourself and see which you prefer). 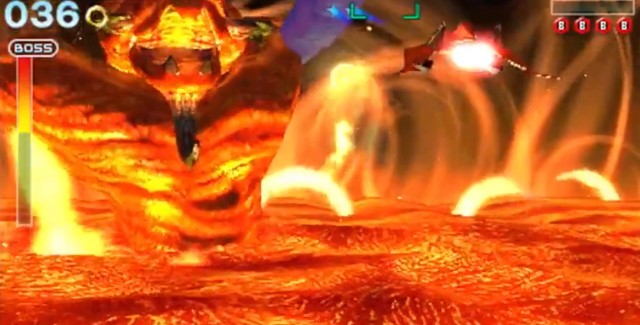 Gameplay-wise, Star Fox 64 3D is pretty much exactly the same as the original, which is no bad thing really seeing as the game was an absolute delight to play in the first place. The only major change is that they’ve now introduced an option whereby you can play using the 3DS’s motion controls – although as far as I can see, this is utterly pointless. As I mentioned in a previous post, the 3DS motion controls seem completely redundant to me, as moving your head (or the machine) out of the ‘sweet spot’ means the 3D illusion is immediately broken, so the only real way to use the motion controls is to turn the 3D off… which kind of defeats the whole point of the system. Plus why use fiddly and unresponsive motion controls when you could use the much more accurate circle pad? And why would you want to wave your 3DS around in public like a crazy person? Perhaps I’m missing something Nintendo, so please correct me if I’m wrong, but the 3DS motion controls seem to be a complete waste of time… Anyway, thankfully motion controls are optional for Star Fox 64 3D, and I found the circle pad and buttons to be wonderfully responsive. I really think that circle pad is an amazing achievement: compare it to the ‘nubbin’ of the PSP and you can see just how far handheld controls have moved on over the past half decade.

The one big flaw of Star Fox is sadly still evident: it’s just too damn short. It’s easy to finish the game on your first go, and you probably won’t be playing for more than a couple of hours. Still, the game’s longevity is increased by the fact you can unlock various routes through the Lylat System, and despite finishing the game several times, I still haven’t seen every level. However, I suppose the real key to the game’s longevity – like every shoot ’em up –  is attempting to beat your own high score on each level, but this is something that’s never really appealed to me. As I’ve said before, once I’ve completed a game, I very rarely go back to it, so I expect Star Fox will eventually find its way onto eBay when I’ve finally worked out how to worm my way through all the levels. Ah well, it was fun while it lasted.