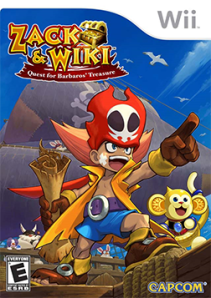 Zack and Wiki is a wonderful, funny, charming and compelling video game that’s hamstrung by a couple of flaws so enormous that eventually they ruin it completely. Seriously, I loved this game, but it really didn’t love me back. In fact, it took delight in slapping me round the face a couple of times before stealing my wallet and laughing at my tears.

Still, before I get onto its maddening problems, let’s look at the positive stuff. For a start, the main characters are great: in fact, the character design throughout is excellent. It’s a real shame the game sold so poorly (Capcom Director Chris Kramer described the game’s sales as “abysmal“), so there’s very little chance of them ever popping up in a sequel: who knows though, maybe they’ll crop up in Marvel Vs Capcom 4, if it ever gets made… 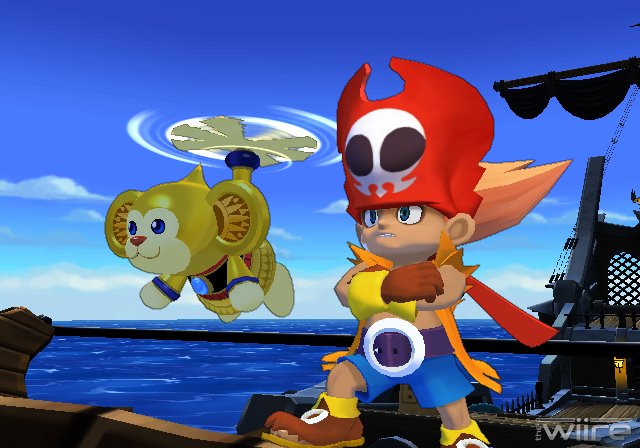 As well as the character design, the graphics are excellent, with a great cartoony feel and superb animation. It’s funny too: in fact, I laughed out loud during the tutorial section, which isn’t something you can say about many games.

Gameplay-wise it’s a sort of evolution of the classic point-and-click adventure, a genre I love. Most of the puzzles are good fun, and in particular there’s a great level set in a laboratory where you have to mix potions to make yourself shrink or turn invisible. It’s a really great idea, and there are loads of similar flights of the imagination that made me smile.

Sadly though, the game carries on that notorious tradition of the point-and-clicker: the illogical puzzle. At a few points I became completely stuck and had to flee to Gamefaqs.com for help on a particular puzzle, only to let out a confused “Eh?” when I found out the bizarre solution. Even worse, there are a few points where the game’s internal logic is broken: for example, platforms that are fixed until you can manually move them on one level just move when you step on them on another level, and there are a few other points where the game seems to break its own rules. 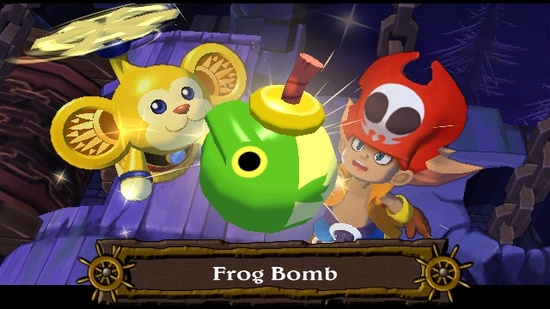 Worst of all though is the fact that the game stifles any sense of playfulness or experimentation by packing each level with various things that kill you with one hit. You might think “Oooh, I wonder what happens if I pull that lever?”, only to be plunged into a spike pit and have to start the level again from the beginning. Not fun.

Rather than start all over again, you have the option of “reviving” at a point just before you died, but to do this you have to use a platinum ticket, which you buy in-between levels. But get this: every time you revive, you lose all of the money you collected during that level. This means that if you die right near the end of a level, you either have to complete the whole level again or revive and finish the level without any money, which then means you can’t afford to buy any more platinum ticket “lives” for the next level.

Basically, it’s a system that punishes failure rather than rewards victory.

By the second to last level I’d completely run out of lives and money, so my only option was to complete the whole level in one go or go back and spend an hour or so replaying through the early levels just to get a bit of cash together. The latter option was in no way appealing, so I plunged into what turned out to be by far the hardest level of the game and died again and again and again, each time having to restart from the very beginning. Eventually I just resorted to using a guide in an attempt to get to the end, but even that proved fruitless, as the introduction of some insanely tricky sword-fighting meant I couldn’t get more than two-thirds of the way through without dying and being sent back to the start. 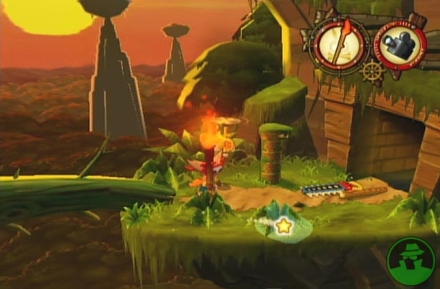 As you can imagine, this was utterly infuriating, and it culminated in a spectacular rage quit accompanied by a few solemn and sweary oaths directed at the now-ejected game disc. Put it this way: I’m not going back to finish it.

Shame, despite its flaws, it’s still a great game – a few little tweaks and it would have been a classic.

[Penned in despair by Lucius Merriweather.]