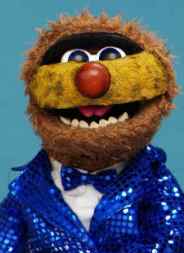 I have always thought that Australia is a net importer of culture.  We get what I feel like almost everything, from television to music to videogames, from our english-speaking allies.  Sh!tty gangster rap?  Most definitely.  Garbage English royal tabloids? Need I ask.  Terrible child-focused television show featuring anthropomorphic animals and some random young people that constantly look like they just want to do it on set?  ABC for Kids here we come.

But when was the last time that equally crap Australian content got sent across the various oceans to unwitting audiences in other countries?  Well apart from Neighbours, that is.

We have Aussie Rules Football, a sport that is phenomenally big here but are no more than curios  elsewhere.  We have major celebrities here that the rest of the world wouldn’t even give a second look at unless they accidentally slipped down their pants. In the 1980’s and early 1990’s Australian children’s television was at what I would call a peak.  Right at the top of that mountain was that little guy at the top of the post.  Allegedly a wombat, Agro featured on a children’s television show for what seemed like my entire childhood.    He was nothing less than a phenomenon.  A promiscuous, rude and arrogant phenomenon.  But Australians, young and old, loved the little guy.

He was so big in fact that he even appeared in his own video game.  Developed by Beam Software (later known as Melbourne House and then Krome Studios)  Agro Soar released for the Game Boy went largely unnoticed even in Australia from what I can tell, and I doubt a copy of the game has ever set foot on another country’s soil. So why did Agro have his own game? 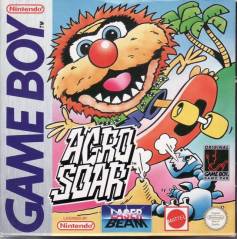 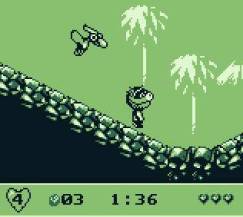 It turns out he didn’t – which explains the ‘Agro being thrust into a prehistoric dinosaur land’ thing that never made any sense to me even as a kid.  In fact, like many other games back then, it was just a case of sprite switching of another Beam developed game.  Look familiar?

Either way the game, while not brilliant is a curio worth tracking down if you have an interest in the Game Boy.