I just forgot I owned a video game and the worst part was I was about one mouse click away from purchasing it again.  That game was the Heroes of Mana, the Brownie Brown developed Real Time Strategy/Role-playing hybrid released in 2007 for Nintendo’s DS.  It was one of the many games of its type released for the jack-of-all trades handheld in what was to be a short lived phenomenon – including Blue Dragon Plus and Final Fantasy XII: Revenant Wings.  It was small-scale Real Time Strategy done right in a way that suited the handheld almost like a glove, and is almost the epitome of the types of risks developers were taking when developing seemingly niche titles for the phenomenon that was the Nintendo DS, a console that sold over 150 million units worldwide.  Needless to say even if you manage to capture a small proportion of that market, you’re still well on the way to turning a profit on the title.

I will get around to playing Heroes of Mana one day.  Games like it are few and far between in the current handheld environment, with things not looking to improve any time soon.  The Japanese video game industry is still a strong behemoth that rules the roost in many areas of the vast market we call video games.  But it isn’t as strong as it once was and the once steady stalwarts of the industry like Square-Enix, the very company responsible for Heroes of Mana, are continuing to struggle to find their feet.  But for time being we can’t rely on it to deliver these unique experiences en-masse, and because of that I will be foraging  through my shelves to see what other treasures I’ve pushed to the back of the shelves as the new shinier consoles have come into my life.

Heroes of Mana has been added to the ‘Mantelpiece‘ along with far too many other dusty discs, cartridges and cards. 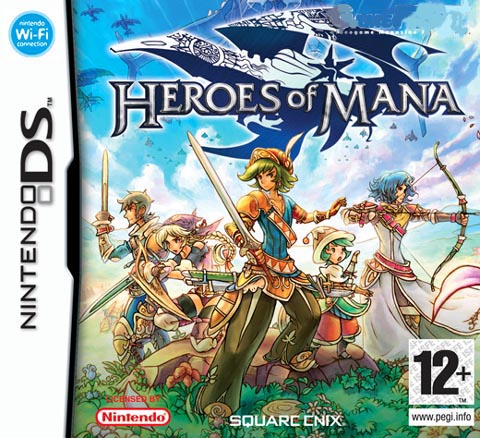