As the message comes up in the corner of the screen I can’t help but think to myself “I never do this”.  But here I am, just over 30 hours later with a shiny new Platinum trophy in my virtual ‘trophy cabinet’.

I can’t stress enough – I never do this.

Lego Marvel Super Heroes set something in my brain off that has laid dormant since I was a young lad.  It was this unquenchable thirst to find, see, and do everything the admittedly enormous game had to offer.  After finishing the game’s main story campaign, my usual signal to shelve a game never to be seen again, all I could think was how glad I was that I had barely scratched the surface of what it had to offer.  Admittedly, I am somewhat of a lapsed Marvel Comics fan, and so seeing the characters and worlds I am (or was) familiar with sent waves of pleasant nostalgia through my brain as it pulls out all the fan-service stops it has to tickle that bone in comic book die-hards.  And the sheer magnitude of content in Lego Marvel is incredible, with every corner of the expansive Marvel universe scaled for characters and references, to make it easily the most comprehensive game to don the Marvel license since Marvel Ultimate Alliance II way back in 2008.  Even then it has only just scratched the surface of the worlds contained in the comics (fans of Bishop, Cable and Mr Sinister, you’ll have to wait for the inevitable sequel, I’m afraid).

And this is the exact reaction the game elicits.  Within minutes I was remembering storylines from comic books I read 15 years ago, long-forgotten but much-loved characters I had sketched crude impressions of in high school sketchbooks, and conversations with schools mates about who would win in a fight between <name your character> and <name your character>.  Within hours I was setting up unlikely alliances between foes and recreating famous moments from the comics I buried my head in as a youth, just to take screenshots and share them with friends online.  It was an odd regression, an odd flashback to a younger and more carefree and imaginative version of myself, given rise to simply by being presented with fictional characters and places I  know and let loose with only my imagination as constraint.  In that respect Lego Marvel Superheroes, for me at least, goes to the very core of what sandbox games can and should deliver, and made me realise why I couldn’t invest myself in Grand Theft Auto V or Saints Row IV.

The developer knows that its strength is its source material and fan-service and the game is clearly designed and incentivised with this impulse in mind.  It dangles the prospect of new characters to play with in front of your nose to complete sometimes even the most mundane tasks.  Why the Silver Surfer desperately wants pizza is beyond me, but hey, if that means I get to surf my way around Manhattan I don’t much care. That same sentiment holds for the entire game – you’ll repeat the same basic mission types and activities over and over again and won’t give it a second thought because of what it will give to you in return.  You’d think collecting coins in the hundreds of thousands would devalue any currency it has, but the reality is that the sheer prospect of unlocking the Taskmaster or that alternative Cyclops will make your overactive critical eye blind to any potential balance or economy issues, even when the fourth-wall breaking Deadpool cleverly brings it to your attention.  Simply put, it is so well designed that you’ll find yourself having unqualified fun.

I should mention that all of this is wrapped around the same old Lego formula Traveller’s Tales have been peddling for years.  But that’s a second order issue in the grand scheme of things.  I don’t think anyone could, or has for that matter, stood up and claimed that the Lego games are mechanically dense or terribly cerebral experience.  Marvel Superheroes is no different in that respect.  But it knows its not and works well within the confines of what ostensibly is a game aimed at a younger audience, to deliver a thoroughly entertaining and compelling package for people of all ages.  It is clear to  Traveller’s Tales’ Lego games have always been about their licenses, and to that end Lego Marvel Super Heroes is absolutely the best yet.  But it also happens to be an intelligently designed game that favours content over depth, and is probably better for it.  The flashes of inspiration that make this game so special aren’t in what it does with artificial intelligence, or deep and complex mechanics, it is how it makes the Marvel Universe come alive in a way that I’m not sure has ever been equalled outside of the source material itself.  If you play the game’s lengthy storyline once, you’ll find a sound and whimsical dalliance through a Lego-fied Marvel Universe with household superheroes you know and love.  But if you choose to continue that journey in pursuit of that 100 per cent completion rating, you’ll find the greatest love letter to Marvel comics ever written.  And that love is absolutely contagious. 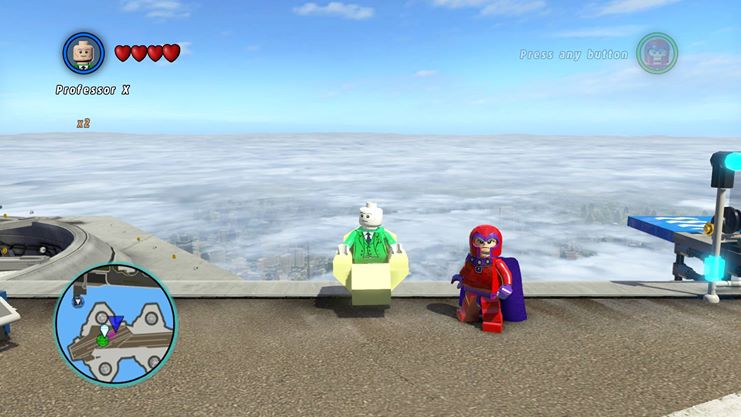