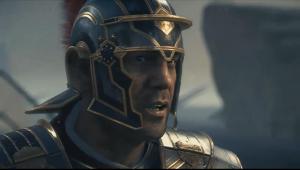 I can’t help but feel that this autopsy culture and academisation of game design is detracting from what drew me into video games as a young lad in the 80’s and 90’s.  The sense of wonderment that came with every new game, acceptance of flaws in service of appreciating the broader entertainment, and the ability to incorporate me in stories or sequences taking place in both new and familiar locations, were key factors in capturing my attention as a boy, and maintaining it as a man.  But that wonderment and acceptance has fallen away from video game culture and in its place left a general feeling of discontent and unwillingness to overlook sometimes minor complaints in favour of appreciating a game as a whole.  As games evolve into big and beautiful opuses, sadly the conversation around them has devolved into a series of technical specs and thinly veiled shit-slinging about what games should be rather than what they are.

The transition from one generation to the next is perhaps the most treacherous for a developer in navigating the minefield of thirsty and tech-savvy consumers.  Launch titles carry with them great expectations – often misinformed by sensationalised expectations drummed up by the media ever so eager to cash-in on increased traffic to their websites – that they will bring forth the ideas that will permeate through the industry and bring us the next great leap forward in gameplay.  Ryse’s rigid adherence of what came before it – albeit a beautiful rendition of it – meant that it fell prey to this very phenomenon.

And that’s sad.  Ryse: Son of Rome isn’t a groundbreaking game – but then again why does it need to be?  It is, however, a beautiful and seemingly lovingly crafted work of historical fiction that not only does justice to the majesty of ancient Rome as a subject matter, but also delivers on its clear intention to make an epic tale of revenge and heroism.  If it’s visceral and rewarding combat, and vivid imagery of a time lost in history you want, then Ryse is a venerable Lonely Planet guide to what an idealised version of the time and place may have looked and sounded like.  As a game, it does its job and it does it well, and presents a dozen or so hours of high quality entertainment, and at launch showcased exactly why people had been holding their breath for the next generation of hardware.  And if you regulate your play sessions, as with any game, any monotony that may arise from the combat system will give way for exhilaration every time you maim a barbarian – regardless of how many time you’ve seen it.  Ryse is a simple but fun and satisfying  game that you would most likely come away from smiling and nodding at the very least.

If you played it in a vacuum, that is.

You see our rabid obsession with progress, with change, and with revolution, soured what was a masterful execution of the historical drama in interactive form, and detracted from what was a sensible and mature approach to fictional accounts of an incredibly influential point in human history.  In some ways, Ryse is to video games as Showtime’s Tudors was to television, a popularised and palatable retelling of history that does away with any pretenses of scholarly teachings and instead makes history interesting for everyone.  But that potential analysis and angle for critiquing the game was lost amongst counting the pixels and lines of resolution, and perhaps even more poignantly, the almost unabating search for the future of videogames inside of that Blu-Ray disc. 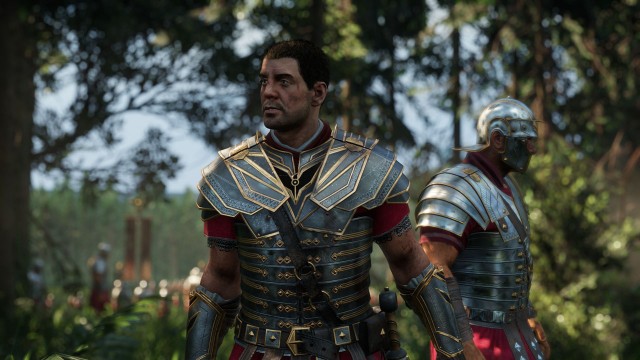 But what is the future of video games?  They are such a new media that has changed and evolved so quickly that we are always expecting games to move forward, to change and evolve, and to bring us closer to the future of video games.   A future of games that no one can define yet they are adamant they’ll know when they get there.  So what we’ve ended up with is an impossible milestone for developers to meet purely because it is highly subjective – if you had’ve asked me in the 1990’s what games would evolve into I would’ve said Outland, and that’s clearly not what modern games for the most part have come to be.  And from that surely we can determine that the definition of what the future of video games should be is an ever changing beast.  I’m sure people playing Another World 20 years ago never envisaged the scale and scope of a game like Watch_Dogs, and in a similar fashion i’m sure there will be game experiences in 20 years from now that we can’t even begin to imagine.  To me Ryse felt like one version of the future, the future I envisaged at the dawn of the 3D age where games would look so beautiful that you could truly escape into their world, and where the people in those games were so life-like they almost jumped out of the screen.  It may not have been the future of video games people expected, but is it fair to place those expectations on a developer whose intentions may not have been aligned?

I’m not writing this in defence of Ryse – I enjoyed it and that’s that.  I am also not writing this to detract from people that legitimately didn’t enjoy it, we’re all entitled to opinions providing they come from a genuine and informed place.  But what I am doing is writing this to raise the legitimate question as to why games are critiqued for what they don’t do rather than what they do, and how so many can justify this based on  the ‘unknown-unknowns’ of the medium’s evolution.  Perhaps it’s a bigger issue that people are having trouble articulating – frustration with how little games are changing over time for example.  But lumping one’s own internal expectation onto a game – as opaque as they may be- and then criticising it for not meeting them isn’t the way to change things for the better, and in the case of Ryse it has resulted in a one-track conversation about Ryse that has all-but dampened the potential for constructive and thoughtful discussion on what it does right.  And sadly this is a wider phenomenon that is making all discussion about video games a sick and sad state of affairs.