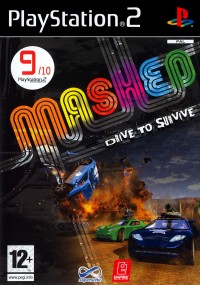 Mashed is the best multiplayer game of its generation.  And there is a good reason for that because at its heart, Mashed is Micro Machines – which makes infinite sense once you go back and notice that SuperSonic Software were, in fact, the chaps responsible for the franchise in its early days (and more recently with Micro Machines V4).  Sure it does without the license and the cute environments, but it successfully pulls everything from the core of those game that made them spectacular throughout the nineties, covered them in a bit of grit, and threw them out to the world.  Sadly, they were thrown almost directly into bargain bins, and the game fell into relative mainstream obscurity.

Consumers may be by in large idiots, but even if I was little Johnny walking into JB Hi-Fi, I probably wouldn’t have looked twice at Mashed, despite the giant NINE OUT OF TEN sticker prominently placed on the packaging.  The box art was colourful but a bit low-rent, and I’ll be the first one to admit that sitting on store shelves next to the like of Burnout 3 probably didn’t help it win any consumers over.  But despite of all of that, I took the plunge on it, plonking down $30 on the counter and taking this little gem home.  Needless to say, for those of us that could look past the garish logo and uninspiring box art, Mashed became an  instant classic.

I simply adore Mashed, so much so I included it in last November’s 30 Years of Video games countdown, where I regaled readers with tales of sibling multiplayer, writing that:

The competition between us ten years on  was fierce and with both of us now men, the testosterone fueled challenges that would prove us as men were violent and aggressive altercations.  Of course once the game was over it mattered little but when controllers were in hand it was go hard or go home.  Many games made their way through the systems during the era of the Playstation 2, but none struck our competitive bones quite like Supersonic Software’s  budget racer Mashed.

…Races are won by winning points by extending your lead over the other players by a screen, and your opponents’ attempts to do so can be thwarted by weaponry found throughout the track or by knocking them off of the track.  Sure its a great feeling to win by way of excellent driving, but I’d be lying if I said employing dirty tactics wasn’t more satisfying.  And it is this mechanic that practically mandates grudge matches between players, which in itself is a sign that the designers got something very, very right.

Rarely has a developer had such an impact on the gaming habits and memories of so many people, over so many generations of hardware over 25 years, and not become a household name.  But Supersonic Software is that rare breed of game developer that honed its craft in the early days of the industry, and have never looked back.  In my mind, the UK is the spiritual home of racing video games, and next to the big ticket developers like Criterion Games and Evolution Studios, it’s nice to know that these guys are still around, in a small boutique office somewhere in Leamington Spa, making consistently great multiplayer games with a sole focus on fun and social experiences.  Now its our job to support them by buying their games.

Were you a Mashed tragic?  Perhaps another game got its multiplayer claws into you.  Let me know in the comments, and be sure to check out past games in the 31 racing game greats countdown below! 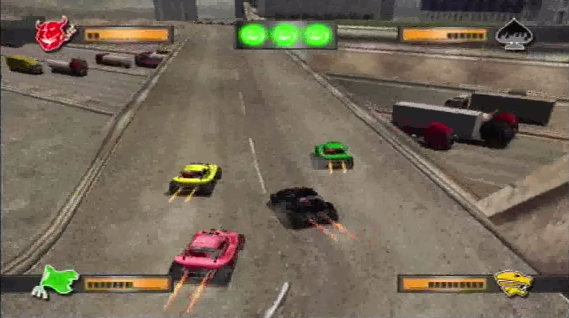