We made it!  After 31 great racing games, the countdown has come to a close, with Codemasters’ F1 2013: Classic Edition closing a list of games spanning a period covering  the Amiga 500 to just before the launch of the Xbox One and Playstation 4 last year.  I hope you’ve enjoyed the journey, because I’ve had a blast digging through my gaming past!

If I’ve learnt anything over the almost four years of this blog, it’s that people don’t like reading about Formula One.  Sorry, that’s probably not going to stop, but I’ll keep this short: F1 2013: Classic Edition is the best game based on the sport ever made.  It is a slavish recreation of the sport, that not only gave you the keys to the modern cars and drivers, but allows you to live some of the greatest and most memorable moments across the long and storied history of Formula One spanning over 60 years.

And it had some great scenarios, all harvested from the era I grew up watching in the 1980’s and 1990’s, driving the cars driven by legends such as Nigel Mansell such as the iconic Williams FW14 around the tracks that no longer host the sport.  While the ommission of Adelaide’s street track, which was home of the Australian Grand Prix until 1995, was disappointing, it was this welcome trip down memory lane that made F1 2013 a pretty special experience.

I’ve written before about how important the personalities and rivalries are to the sport – something that games have yet to really capitalise on – but Codemasters took the first step in the right direction with F1 2013 by looking off the track for what would make their games more compelling. But change is needed, and while I was over the moon to take the reigns of  this years newly super-charged V6  powered field in F1 2014 and while the racing was as top-notch as its ever been, I couldn’t help but be disappointed by ommission of its predecessor’s classic content.  It may not be enough to stop me at the cash register, but as an idiot that will buy the game through hell or high water, finding new ways to tickle that nostalgic itch would make handing over $70 a lot easier to stomach.

That’s all folks!  Thanks for joining me on this trip through some of the best racing games ever made.  Feel free to check back through the countdown by following the links below.  Think I missed something? Be sure to share your views and opinions with us in the comments section! 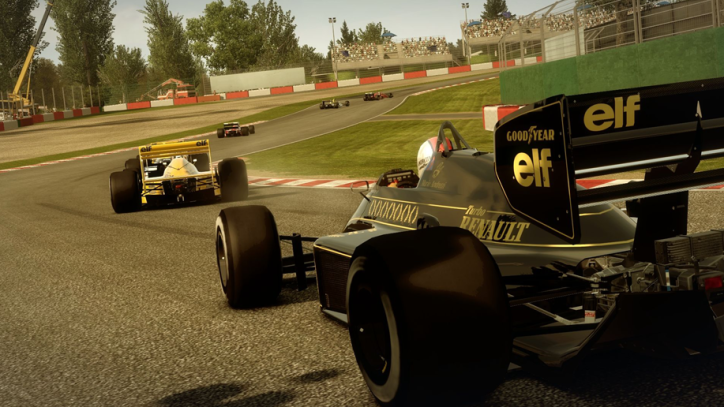