Little Inferno launched alongside the Wii U, but I only picked it up recently in a sale – and what a fantastic little game it is. It’s the sort of thing I imagine Tim Burton would make if he ever turned his attention from films to video games.

The thing that glues it all together is the intensely weird narrative, which involves the unsettling Tomorrow Corporation, a weatherman in a balloon, and the exceedingly creepy girl next door who sends you more and more bizarre messages. Very little is revealed about the background of the game world or why you’re sat there throwing things into a fire (along with everyone else in the world, it seems), which is all for the good – it’s left to your imagination to paint in the blanks.

The things you’re given to burn are wonderfully strange. They include a ‘sleeping idol’ that emits a baleful, low-pitched drone when you burn it; a clutch of spider eggs; a blowfish; menopause pills; and even the moon, which has its own gravitational field. It’s all very weird.

There are plenty of digs at consumer culture here, along with some knowing nods about the addictiveness of video games (“I just can’t stop staring into the fire…”), but for the most part it’s willfully obtuse, which is fine by me. Little Inferno is very short, but it’s also highly entertaining and pretty much unique – and most definitely worth seeking out if you’re a Wii U owner. 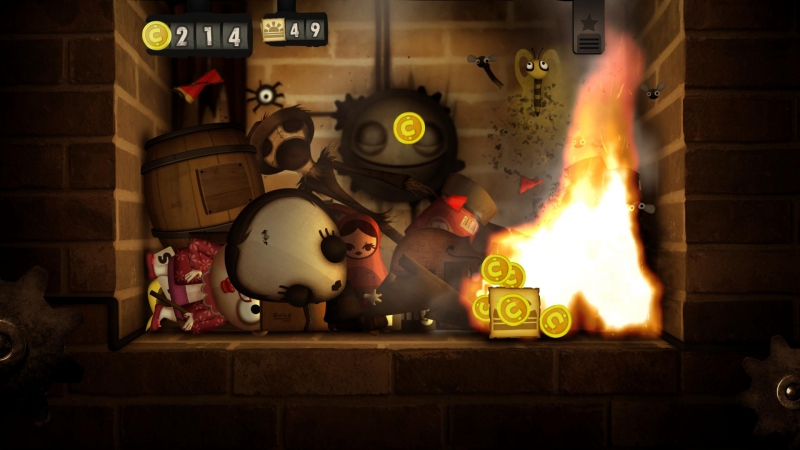