Games that spend so much time encouraging the player to do so little are always walking that fine line between boredom and rewarding.  If you can imagine being the guy(s) and girl(s) in the team charged with designing the levels, their only brief being to “make the player stop and think”, you’ll appreciate just how difficult a task that is.  The modern player has an itchy trigger finger, is bloodthirsty, and is used to paying their way out of difficult situations.  If you’re making a stealth game, your job is to break them, to make them think, to change their habits.  And old habits die hard.

And so we’ve seen a marked decline in the number of stealth-exclusive games sneaking their way into our libraries.

The making of a stealth game is a fine art.  More than just games about crouching in the shadows, garrotting folk from behind, and hiding their bodies out of sight; these games are intricately designed puzzles with multiple paths through to even more solutions. Sandboxes in the true sense of the world, the best stealth games are designed to encourage the player to think about their environment carefully, plan their approach (the planning phase), and execute with precision (the execution phase).  Keeping someone in that planning phase of course, is the mark of a great game design.

A while back I wrote about the complexity of stealth games, and said that:

It represents a shift in what video games as a medium were expecting from their players.  Players really were expected to understand the intricacies of how the game was working on the back end in order to make the most of the experience.  How will the AI react to any given action?  How will the game’s dynamic lighting react if I shoot the light out?   What tools will the game allow me to use here?  Splinter Cell wasn’t just expecting you to play the game, it was expecting to know it inside and out.  And with that came a layer of complexity that went beyond a player having to grapple with superficial adversity of your on screen adversity or level design or even a difficult control scheme.  Rather it was a complexity that can in some instances only ever be overcome by dedication and a prerequisite level of experience in how video games expect you to think in order to solve the problems they present you with.

But with this increase in complexity comes the design challenge of keeping the player engaged long enough to learn the game world’s rules.  In a game where the average player probably spends half their time waiting patiently with their breath held, holding the attention of the player, and harbouring the often much maligned patience through purposeful design, is the key to having them enjoy the brilliant maze the developer has designed.  Any slight lapse and the average player will dash for the door, reach for their gun, and go out in a blaze of glory.  Not that there’s anything wrong with that – many games pride themselves on the choices of approach they give players – but if you’ve designed your game around the silent type you’ve just lost your player. 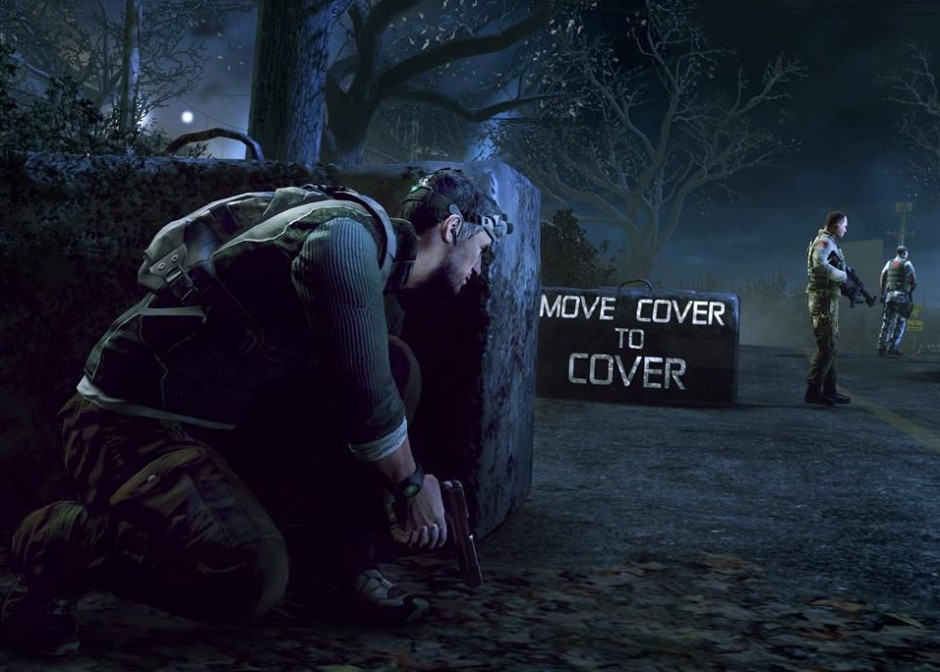 The tricks that games use are many and varied, but almost every single one revolves around creating a world where your player wants to exist, one where being immersed in what is going on around the character is just as interesting as what happens when you hit the next checkpoint.  There has to be an imperative to survey your surroundings, there has to an impetus to stop and think, and there has to be a reason to stay there long enough to plot your next move.  I still fondly remember the first time I heard a couple of guards having informal chit chat for the first time in Splinter Cell, and how immersive that made the world, how it put a veneer of realism and personality on a game that for all intents and purposes is a set of rules and regulations over and above a realistic or enchanting world.

So when a guard I was shadowing was mumbling to himself the key code to a door leading to a room I desperately wanted to get into, it was a pretty amazing and rewarding moment, not to mention a great positive reinforcement for how the developers intended the game to be played.  Splinter Cell was made with complex rules in mind right from the beginning, and everything the game does from then on in, is aimed at showing the player the ropes.  They’re intelligent design through and through – but the game really excels at providing both audio and visual incentive to encourage the player to sit back and learn the game’s design rather than charge head first and learn by dying.  Dark Souls Splinter Cell is not.

Of course there are games that rely more heavily on hiding in plain sight, creating worlds and environments full of life and movement, where you can blend in and move freely as long as you follow the game’s rules.   The Hitman games are the best example of this, creating vibrant, populated and interesting worlds where Agent 47 can hide in plain sight, disguising himself according to the people around him and moving about – albeit restrictedly.  In the latest Hitman game, Hitman: Absolution, I’m not sure there is anyone that wasn’t sitting mouth agape upon walking into the Chinatown level, wanting to absorb every sight sound (and almost) smell of the night markets.   But while it employs a less binary approach to ‘hiding’ than Splinter Cell or similar games – where staying hidden behind cover keeps you concealed – in essence the ‘planning’ phase of the game is the same, hiding somewhere out of sight and surveying the world and your best plan of approach.  And both games rely on keeping the player effectively idle gameplay wise for long periods of time, and the creation of atmosphere to make sure their patience doesn’t waiver.

It’s no accident that Stealth games have, since the days of the Xbox version of Splinter Cell, been at the forefront of graphics, allowing the developers to not just cast fancy lighting and shadows on walls, but to create worlds that were nothing short of visual spectacles, places that were interesting to be in.  Even when guns weren’t being fired or grown men strangled incognito.

The other important aspect of stealth game design is quarantine – areas where it is clear that remaining idle is ‘safe’ – to ensure that players aren’t caught napping between the ‘planning’ and ‘execution’ phases.  But that’s simply a matter of intelligent level design over and above anything else, and ensuring that the player knows where and when they hit one of these areas.  And for the foreseeable future, both in terms of engaging the imagination of the player, stealth games will continue to rely on this format, aided heavily by both audio and visual cues.  But what if they took a different approach to stealth?  What if the games were based on anticipation and understanding rather than observation?  In the past I wrote that:

What if games took this same logic and applied it to a game scenario?  Stealth games at present are about watching and reacting, often in a quick and decisive manner.  But what if they were more about predicting enemy movement in relation to an environment?  What if you had the time to assess the environment carefully and then make a decision before setting things into motion?  Imagine Lemmings where they have free will, or the Incredible Machine where instead of being bound by the laws of physics you’re bound by the laws of human nature and behaviour.  It would be a paradigm shift that could potentially give the stealth game a new genre.  It would take ‘understanding a game’s rules’ to a whole new level, in much the same way stealth games have done in the past.

Of course taking the predictability out of the world requires one of two things: firstly that the game’s reproduction of human behaviour is wholly realistic, or secondly, that the game provides a “way out” in the case that things go pair shape.  While the former is somewhat of a pipe dream for the moment, an increasingly large number of games have explored the latter, with great success.  Watch_Dogs for example is from the school of thought that has stealth as an option rather than a pre-requisite, encouraging players to think their way through scenarios if possible, but provide enough firepower and agility to escape if discovered.  It is games like this, and perhaps to a lesser extent The Last of Us which relies more traditionally on stealth, that are the modern evolution of a genre that has been outgrown by its audience.  It perhaps isn’t as nuanced, but the game design challenges remain just as prevalent, and perhaps steeper than in the traditional representation of the genre.  Convincing players to take up the option of sticking to the shadows over out and out aggression is a far steeper challenge than teaching them that if they don’t they’ll die.  Because let’s face it, shooting someone in the head is the new equivalent of running to the right of the screen.

Stealth games have changed, but in a lot of ways the design of these worlds just as with early more ‘orthodox’ representations of the genre, are finely tuned eco systems.  From the moment you step into the world created by any one of these games, you’re playing by the rules set out by the developer.  And while the rules and the stakes have changed, the need to convey those rules to the player is just as important, and is the difference between how they’ll experience the game you’ve set out for them.  Sneaking may not be as in-vogue as it once was, but with smart game and level design, it can be just as rewarding as it was a decade ago.  Now for that next step… 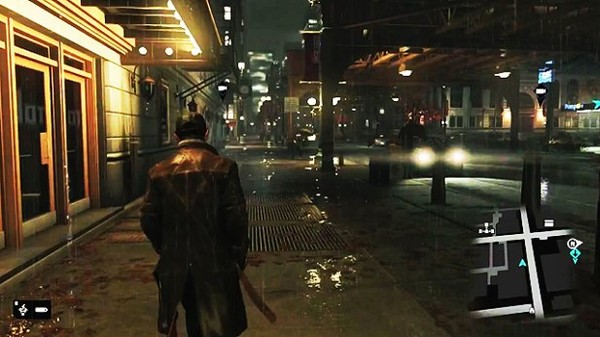