Prey was a lot of things when it was released. It was the next big game for the transient Xbox 360 early adopters.  It was a technically proficient shooter that promised a unique take on online multiplayer.   And it was a technical showpiece that had console gamers scrambling to buy HD televisions. But one thing it wasn’t was a great world builder.  It had some great ideas and moments, mostly created by the anti-gravity walkways that featured heavily throughout the games, but for the most part it was the sort of shiny high-tech metal-walled spaceship we’d walked through what seemed like a thousand times before.

But those radio broadcasts. They were really something.

Ambient storytelling isn’t new, even back in 2006, but Prey used it so brilliantly to pad out its otherwise benign world that it merits special mention.  While the game’s narrative doesn’t directly posture the alien invasion as a great threat to humanity as we know it, it’s these talkback radio broadcasts that give it a greater sense of desperation and (pardon the pun) gravity than it would otherwise have.  I was never really invested in Tommy’s quest to avenge his grandfather’s death or save his girlfriend, but the prophetic ramblings of a paranormal shock-jock and his loyal followers, well that was something to pull me down the shiny metal hallways and through the sphincter-like doors.

It was this ‘window’ into what was happening on Earth, what ordinary people were seeing from the ground, that really drove the gravity of what was happening in Prey more broadly.  It was easy to imagine people down on earth spotting lights in the skies and tuning into their radios for updates from the authorities – or in this case famous supernatural broadcaster Art Bell – about what exactly they were to do next.  And as the calls get more and more frantic, it becomes clear that Earth is under attack, and that its people are terrified and helpless. 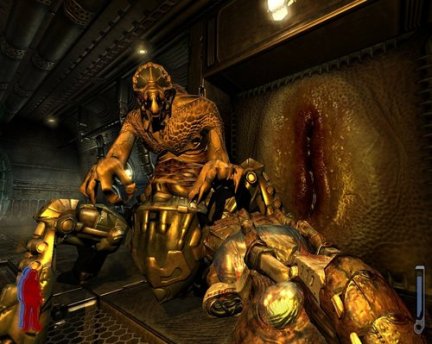 And there is real life precedent for the importance – and resilience – of radio in emergencies.  While radio is perhaps not the cutting edge medium it once was, it is an enduring medium, and one that people rely on significantly in daily life.  Its reliability makes it, more than modern technologies like shared LTE networks, the second best contingency behind amateur radio.  The long distances both AM and to a lesser extent FM frequencies broadcast at mean that the towers are more likely to be out of harm, and the fact it is largely insulated from interference and congestion makes it a far more likely to have resilience during disasters.  In a disaster early warning and public announcements mean the difference between life and death in some cases, and if you’ve driven through the Australian bush, you’ve probably spotted the emergency frequency signs on the side of the road for that very reason.  While emergency services will continue their push to get access to high-value spectrum to roll out dedicated networks for operations, it’s radio that’s the equal opportunity broadcast medium used to alert the masses, and its the good ol’ wireless they’ve sat by for generations to get the latest on the world around them.

Prey isn’t the only game to depict broadcast in times of global disaster – Fallout 3’s radio broadcasts of both Enclave propaganda and Three-Dog’s entertainment and news programming is probably a pretty decent depiction of mass communication in the end times.  Sure there’ll always be HAM radio, but without the regulators dividing spectrum rights, spectrum of (literally) every colour is up for the taking.  And at a time of civil unrest and anarchy, and when the nuclear weapons have all fallen, the power to spread messages to the masses looking for a glimpse of hope against the post-apocalyptic backdrop is the best weapon.  It’s no accident that nigh on every game has a mission where you’re tasked with either rigging up or ripping down a broadcast or communications tower.

When the end times come, or even when it seems like it has, it’s the precious invisible roadways that both provide us with comfort and help keep us safe.  And it’s in this context of video game world building that radio broadcasts make a lot of sense as a medium both for ambient storytelling, and for mission design to drive a broader narrative.  Radio may not be as personal as unicast communication, or as sexy and impactful as the “they’re at the door” recording found by a corpse, but it does make real world sense.  And in that respect it’s one of the best narrative and mission design devices around.

Sir Gaulian has a not-so-secret love for spectrum management has spent far too many hours gazing longingly at radio towers during his time in the industry.  He dreams of the next spectrum auction.  Follow him on twitter @oldgaulian