Following a spate of excited pre-orders a few months back, and the many trials and tribulations I went through in trying to order a Woolly Yoshi amiibo, all of my chickens have come home to roost, so to speak. That is, a tonne of amiibos descended on my house, much to the alarm of Ms. D. (“How many more of these are coming?” were her exact words.) 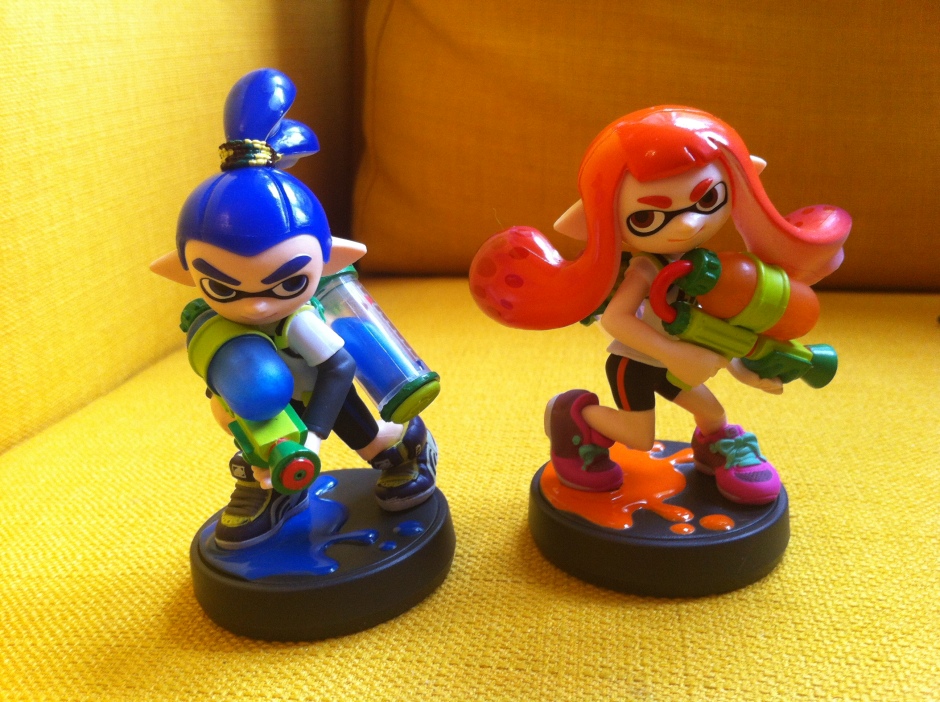 First up were these two cheeky so-and-sos. I ended up buying Splatoon online in a moment of weakness a couple of weeks back, and I decided to nab these two Inkling amiibos while I was at it. I still haven’t found the time to play the game beyond the tutorial (the reality of parenthood bites), but at least I’ve been able to admire the craftsmanship on these two lovely figurines while burping Merriweather Jr. 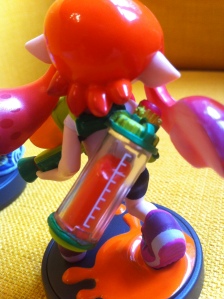 I’m particularly impressed with the detail on the back – the tiny ink canister looks great. Now if only it contained real ink… 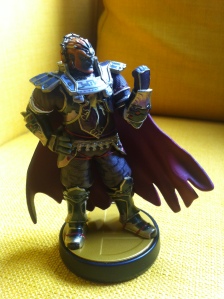 Next to arrive was Ganondorf, another impressively detailed figure. 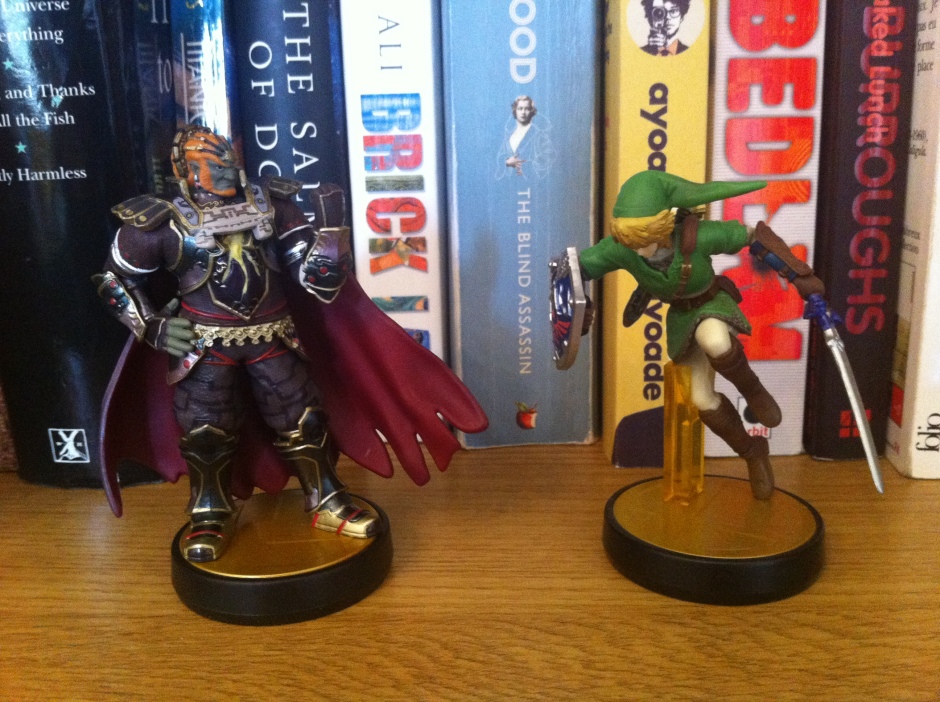 He now lives next to Link on my bookshelf. 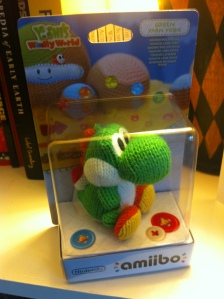 Next was the amiibo I’ve been really looking forward to – Woolly Yoshi (a.k.a. Yarn Yoshi). 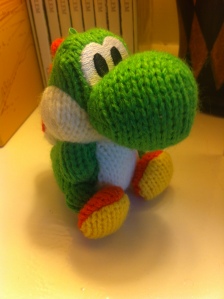 Look how cute he is! 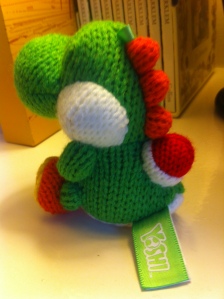 The label is a great touch. 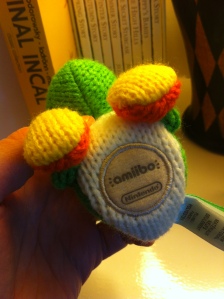 At first glance it appears to be merely an ultra-cute plush toy, but look underneath and its hidden amiibo-ness is revealed… 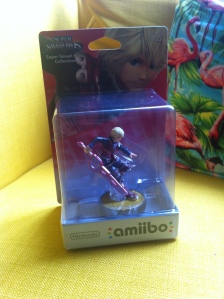 And finally, a rather pleasant surprise. I missed out on Shulk first time around – the figure sold out pretty much immediately on release back in February. But last week a stock alert popped up in my emails saying that Nintendo had restocked the figures. By the time I clicked through to the Nintendo UK website they’d already sold out (this was only half an hour or so after the email arrived), but luckily GAME still had some in stock. 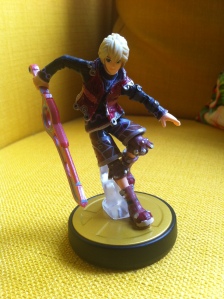 Shulk has been going for crazy prices on Amazon and auction sites – about £70 on Amazon last time I checked, although I imagine it’s much less now the figure has been restocked. I briefly contemplated ordering Shulk in from Japan for about £40 a few months back, but I’m glad I kept my sanity and decided to wait! So pleased to finally get have this one for my collection – I’ve been playing stupid amounts of Xenoblade Chronicles recently, so it’s fitting to finally get the Shulk figure. 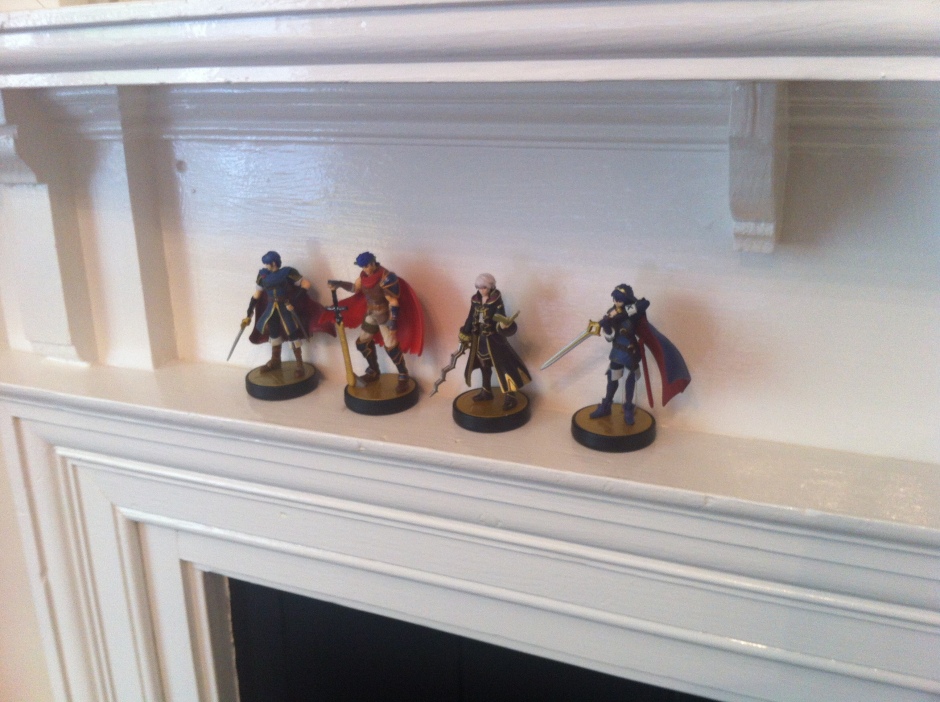 So what next? Well I’m holding off on amiibos for the near future – the living room is starting to look a bit like a toy shop, so any future additions will have to be really special to warrant being added to my already fairly substantial collection. I’ve been tempted by a few from the next amiibo waves: specifically Chibi-Robo, R.O.B. and Duck Hunt Dog. However, I reckon I can probably live without them.

Roy, on the other hand, is another matter entirely. I already have the other four Fire Emblem characters from Super Smash Bros. (see above), so it would be a criminal shame if Roy couldn’t join them on the mantelpiece…