I pitched the idea of an article about the Worlds of Power books to Kotaku UK a while ago. Little did I know how long it would take to write… 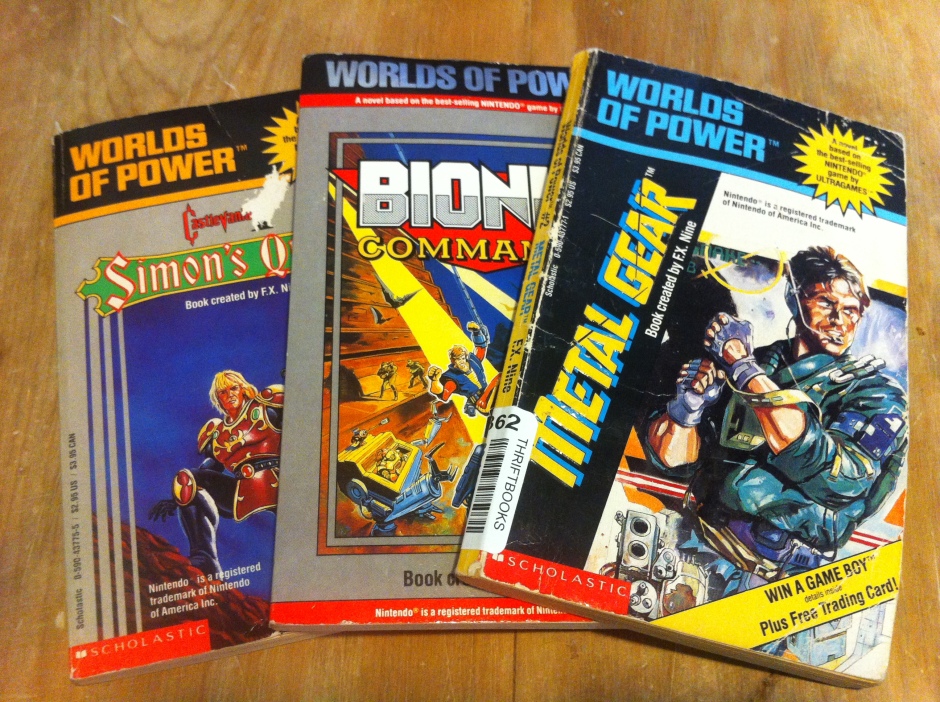 The Worlds of Power books are a series of tie-in novels based on NES games that date from the early 1990s. They’re short, aimed at kids, and not particularly great, but they were hugely successful in the United States (over a million copies sold), and they were probably what really started the video games to novels genre. They’re also deliciously weird, thanks to a few circumstances which I describe in the Kotaku article – which went live today:

Incidentally, one of the editors added that ‘super’ in the title – to my ears it sounds a bit Famous Five. Is this how the kids speak nowadays? [Shakes head in confusion.]

Anyway, I ordered three of the Worlds of Power books from the US, and they took forever to arrive – and by the time they did, I had a new baby and was somewhat preoccupied, as you can imagine. I’ve managed to snatch a few spare moments over the last month or so to work on the article, but this one was tough – I ended up going through two unused drafts before I hit on a format I liked. It took an AGE. Whereas previous Kotaku articles have been fairly straightforward to write, I really struggled with this one for some reason – perhaps due to a lack of sleep now Merriweather Junior is on the loose.

Anyway, despite ordering three books – Metal Gear, Bionic Commando and Castlevania II – I only actually used Metal Gear for the article because there was so much great stuff in it. Maybe I’ll end up writing about the others sometime… once I get some sleep!