Remember Me is at its heart a depiction of post-democratic capitalism.  Set in Neo Paris in 2084, the story is as much about providing a word of caution about our world as it is, with the fight against what is effectively corporate slavery put right at front and centre of main protagonist character Nilin’s story.  The story itself is premised on a terrorist group’s fight against mega-corporation Memorize’s growing control over the population through its products aimed at ‘commoditising’ people’s memories, and the addiction the consumption of these goods are services causes.  And while it is a unique premise, resulting in some truly excellent sequences, its tale is a greater one about what may become humanity’s next great challenge in the breakdown of our fundamental social and economic structures.

I’m heartened by the fact that, in most games that deal with the subject, the breakdown of democratic capitalism is represented by a proportionate breakdown in social equity. We know that there’s a growing gap between the rich and the poor, best represented by the Lorenz Curve, and on top of that a growing underclass of people who may never escape poverty because of increasing incidence of the phenomenon underemployment.  In 2014 the Australian Bureau of Statistics estimated that casual and fixed term workers comprised 40 per cent of all employed persons in the country, up 5 per cent from 2013.  As a society – nay a world – our wealth has grown exceptionally since industrialisation.  But sadly   Capitalism is a great system, but taken to its extreme and left unregulated, it faces the same problem any other failed economic form has.  Australia – like many western-style democracies – has its problems but we’re lucky that both our governments and our societies share a relatively common goal: that is to reduce social inequity.

Growing up in a developed western-style nation, I like many others take fore granted the relative safeguards and stability that our government provides.  Sure there are bad eggs – there always will be – but the checks and balances a transparent government keep .  Having worked in regulated industries for the better of my career, I know first hand that one of governments’ central roles is to stay one step ahead of the corporations, and ensure that the freedom our systems allow aren’t exploited.  If we don’t that’s where issues of equity – not to be conflated with equality – come in.  Social inequity isn’t new, and capitalism has been the enemy of the people, particularly the economic-left.  But if there is any truth to the post-crisis western world  games tend to paint the picture of, the overwhelming prominence of capitalism is and governments’ willingness to allow its rampancy is a central theme.

Remember Me is an excellent tale of this dynamic, depicting a world where government has been rendered either irrelevant or helpless, and corporations have been left to fill the void.  In the real world we walk a fine line between the over-creep of Government power, and the increased scope of influence of corporations.  The vision of a futuristic Neo-Paris created by Dontnod is a stark reminder of what can happen if that balance is thrown off.  What results – the surveillance state, the reduction of the value of human life, the oppression of the masses – is truly depressing.  It may seem far fetched but in some ways it is a stark reminder of the value our personal information is to the corporate world, but perhaps more importantly, how important it is for governments to regulate it.  Sure, the technology in Remember Me to extract, alter and sell memories isn’t currently feasible, but through the careful mining and correlation of the cornucopia of information we give to business on a daily basis a picture of our lives and a virtual recreation of our ‘memories’ becomes feasible.  Suddenly it’s not a far stretch to imagine a world controlled by corporations, and while often ignored by the masses, legislation like Australia’s Privacy Act 1988 becomes of central importance to our future.

But what is perhaps most stark is how the rise of corporations as a result of the almost boundless control of information has had on inequality within society.  Bubbling under the surface is a story of just how little life is worth when the only way to measure something is through some semblance of monetary value.  How much is a human worth is the age old question, and it’s the sort of question that the conscience can never quite grapple with, even when a figure it placed on it for life insurance or compensation purposes. And then of course there’s the undercurrent of a commentary on drugs – for which  which acts as the catalyst for much of this broader discussion of social decay and who should pay the social cost of the production of goods and services.

What is more terrifying is that the Government, in whatever form it takes, seems to have accepted the wealth gap as inevitable, accepting that humans are both slaves to the wages to their own vices.  Someone’s net worth should never be a precondition to a either a right to live or a right to access essential services, but in Remember Me, this is very much the status quo.  Slums are commonplace and death and exploitation of the poor by the rich is sadly the social norm.  As barbaric as it seems to many people, including thankfully most people living in Australia, this is a phenomenon that isn’t confined to fiction.  Remember Me paints a world left broken by deep recession, subsequent civil war, and a sustained breakdown in society.  But a question of causality, the old adage “what came first the chicken or the egg””, is a question worth asking.  Because to use an equally cliched saying, “Rome didn’t fall in a day”, and we will have no idea how close we are to social collapse until we’re looking over the cliff-face.

I believe in the capitalist system, but by the same token, I believe in the importance of socialised government services.  I believe in Government regulation.  I believe in social conscience.  Remember Me tells the story of a world gone wrong, not just because it’s been ravaged by war and invasive technologies, but because governments have started to accept social inequality as the norm.  Capitalism won’t destroy humanity but the unwillingness of government to admit its failures just might.  Particularly when it’s what makes us intrinsically human – our emotions and memories – that is being corporatised  And in that way, while it may be a far-fetched story, Remember Me’s premise is well worth remembering. 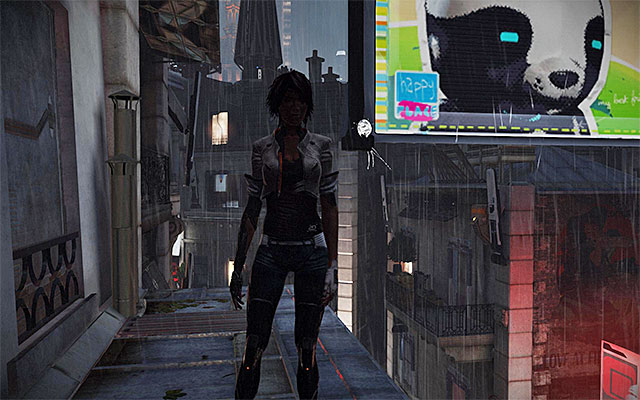