Blood Money (1989) – There is unique, nay unmatched, about some of the art gracing the boxes of European and British games in the 1980’s and 1990’s.  Epically detailed, often disparate from what the games actually look like, box art in the early days of home computing was just that – art.  Blood Money from DMA Design was a beautiful side-scrolling shooter with striking design and stunning art, not to mention a cracking soundtrack, but the for mine the game disk could never have lived up to the brilliance of its packaging.  While the game came and went, the image of the superbly detailed sci-fi art by prolific British artist Peter Andrew Jones has always lingered, and is just the sort of thing that would have pride of place hanging on a wall in my home.

(Peter Andrew Jones was also responsible for the cover art for one of my favourite Fighting Fantasy books, Starship Traveller) 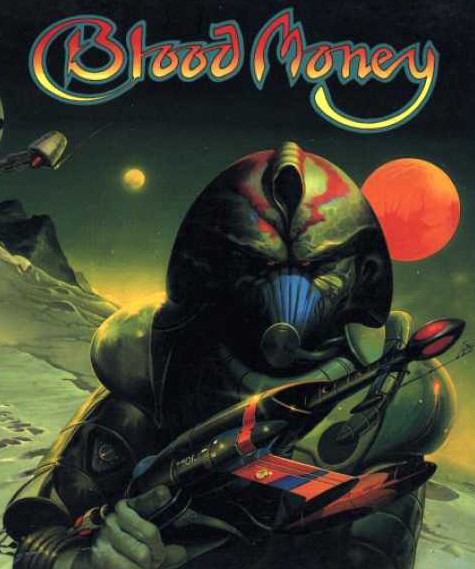