When I heard that there are around 18 quintillion planets in the upcoming No Man’s Sky for PS4, it got me thinking – how does that number compare with the number of planets in the actual Universe? Then I started wondering whether the various procedurally generated creatures in the game would actually be likely to turn up on bona fide alien planets – and whether it’s likely that aliens exist at all.

Much, much research later, I present the result:

No Man’s Sky Versus the Actual Universe

The article went up on Kotaku UK this morning, and judging by the excited comments, people are mega-hyped for this game. From what I’ve seen, it really does look like something special – but I wouldn’t want to be Sean Murray right now. So much expectation resting on his shoulders!

Regardless of whether the game turns out to be, ahem, a game-changer or merely a hype-bubble, it was fascinating to find out more about the crazy statistics for just how damn big the Universe is. At a bare minimum, there are 200 billion galaxies out there…

I’ll just leave you with this image of galaxies at the edge of the observable Universe, courtesy of the Hubble Telescope. 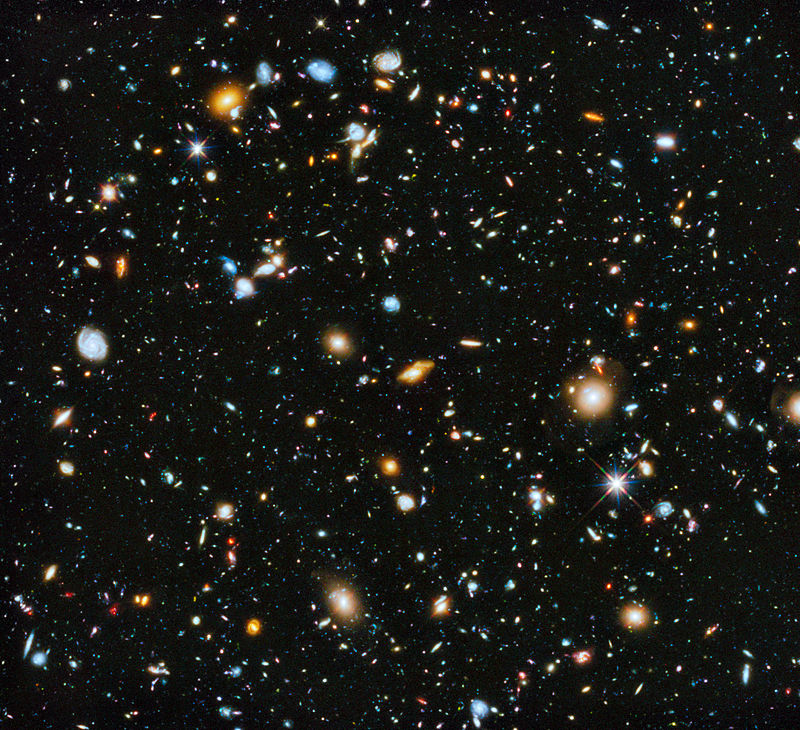