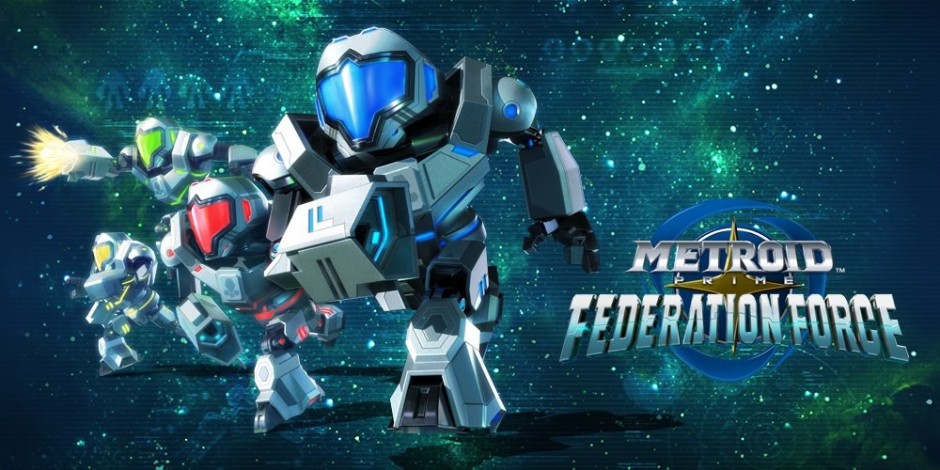 Metroid Prime: Federation Force has come in for a bit of a kicking from Nintendo fans, which seems to have taken the company somewhat by surprise. In hindsight, perhaps it shouldn’t have come as such a shock.

By all accounts it looks like quite a fun game – a cooperative 3DS shooter with added cosmic football for good measure. But as a Metroid game it falls somewhat short of expectations. Fans have been clamouring for a new Metroid game for years – the last entry in the series was the divisive Metroid: Other M back in 2010, and there was an expectation that a new Metroid game might arrive for the Wii U, perhaps one that took advantage of the second screen for scanning and shooting. That expectation peaked this year, which is the 30th anniversary of the Metroid series. What better time to bring out a new game, perhaps even one that could beat the high of Metroid Prime?

Well, we did (or will) get a new game in 2016 – but it’s a co-op shooter that has nothing to do with Samus Aran, and doesn’t really seem to have much in common with any of the other games in the series. Cue the sound of a deflating balloon.

To be fair, Federation Force does have a precedent of sorts. Metroid Prime Hunters was a first-person shooter for the DS with a multiplayer element, but it wasn’t amazingly well received – and it has the lowest sales for any entry in the series, bar the Metroid Prime Trilogy rerelease. So it’s probably not the best route to go down if you’re planning a new Metroid game.

But as I said above, as a game in it’s own right, Federation Force looks quite fun. If it was launched as a new IP, I suspect it would have received a much warmer reception. But launching a new, untested IP is a risky business for a company – attaching the game to a brand is a much safer bet, and will probably result in much higher sales.

I mean, you only have to look at Pokémon Go to see the logic of this. The game is essentially a reskin of Ingress, a game released by Niantic in 2012 that seems to have been modestly successful, but that pales into insignificance nest to the phenomenal success of Pokémon Go. Nifty game + appropriate branding = ker-ching!

I suspect what may have happened in the case of Federation Force is that it never started out as a Metroid game. This is just a hunch, but I reckon one of the dev teams at Nintendo came up with a fun coop shooter, and at some point someone decided it needed to be attached to a brand to generate sales. Looking at Nintendo’s brands, very few of them fit with the model of a first-person shooter – many are just too ‘kiddy’ to fit with the game’s ethos. Metroid is one of the few brands that can be coaxed into becoming a coop shooter, so it’s no surprise that Federation Force ended up as a Metroid game.

But of course, it has left fans who were hoping for a ‘full-fat’ Metroid game disappointed. And many have pointed out that coop shooting is very much against the ethos of Metroid, which built its reputation on solo exploration. I mean, it even spawned its own genre – Metroidvania – and the fact that Federation Force isn’t a ‘Metroidvania’ game seems to indicate that perhaps the branding isn’t so appropriate after all. Sure, Metroid is ‘adult’ and ‘scifi’, unlike many of Nintendo’s other brands, but it’s also synonymous – literally – with Metroidvania-style exploration.

Then again, that’s not to say brands can’t be diversified. I mean, look at the insane range of games that Mario has appeared in, everything from tennis to football to art packages. There’s undoubtedly room for diversifying the Metroid brand across other genres – but in this case that comes at the expense of the Metroidvania-style game that fans have patiently been waiting more than six years for (or nine years if you want to skip Other M and go back to Metroid Prime 3, the last first-person game).

Perhaps it’s a case of right brand, wrong time. If Federation Force was released soon after an entry in the ‘main’ Metroid series, I have no doubt it would be warmly welcomed. But coming when it does, thrown out into the hot white ball of hungry Metroid fans’ pent-up frustration, it’s no wonder that people were upset – it’s the equivalent of flinging meagre crumbs from the high table. 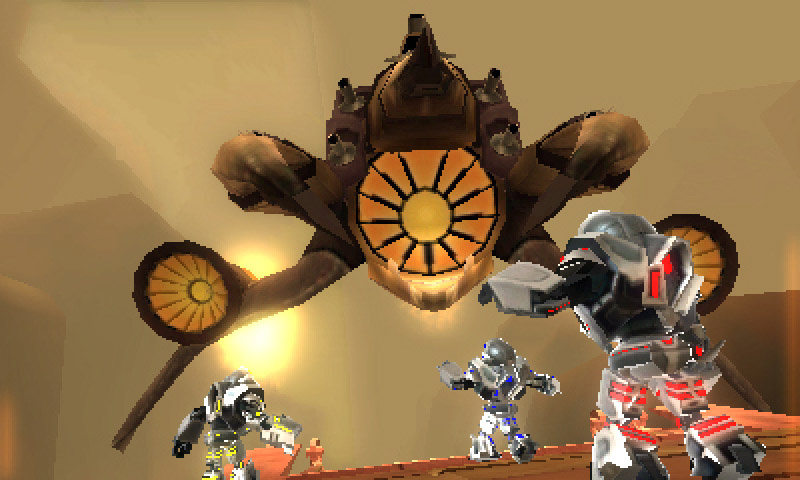 Will this anger hit sales? Possibly. Would the game have sold more if it had been launched as a new IP rather than a Metroid game? Probably not, but who knows? As it is, Federation Force has given Nintendo’s reputation a bit of a knock – and reputation is much harder to measure, and harder to accumulate, than games sales.

Still, I’m sure all will be forgotten and forgiven as soon as a new ‘proper’ Metroid game is announced – and I’m sure Nintendo knows that, too.

Buy Metroid Prime: Federation Force on Amazon (and we get a little bit of cash if you do).