I knew something was wrong when my wife didn’t want to explore the galaxy in No Man’s Sky when I offered. “No thanks” she said, “let’s watch Bill & Ted’s Excellent Adventure“.

And after two days with the game I was about ready to watch its bogus sequel.

Planet one was a boring mess of a place that had me trek 30 minutes to shoot a rock and collect a mineral. Not that I minded at the time; every grand journey starts with a monotony of sorts. Just read The Fellowship of the Ring. But Lord of the Rings didn’t have seven hours of Hobbits piss-farting around in the Shire. Sure you’ll travel the galaxy and see new things, – but in No Man’s Sky you’ll never feel like you left Bag-End.

Perhaps it’s my fault.  I made the mistake of taking No Man’s Sky out for a game of Pro Evolution Soccer 2016. But when I picked up the cover and reflected on my first few hours with the game I didn’t want to put it back in. And from there it went straight to the back of the shelf where it’ll probably sit gathering dust forever after.

I don’t want to labour on if the game is objectively good or bad. So here you go: No Man’s Sky is utterly boring. Whether fifteen blokes situated somewhere in Guildford made the game or not is completely and utterly irrelevant. I’ve seen teams of five model entire economies and teams of two review multiple-hundreds of pages of legislation. Video games aren’t magical. They’re not special. And making them isn’t any harder than any other job on the planet. And if they’re treated and critiqued as if they are then we’re all missing the bloody point.

In short: No Man’s Sky isn’t going anywhere near the pool room.

Quick Offloads are short posts when we need to get things off of our chests but don’t necessarily want to waste too many words on them. But please add your words in the comments below. 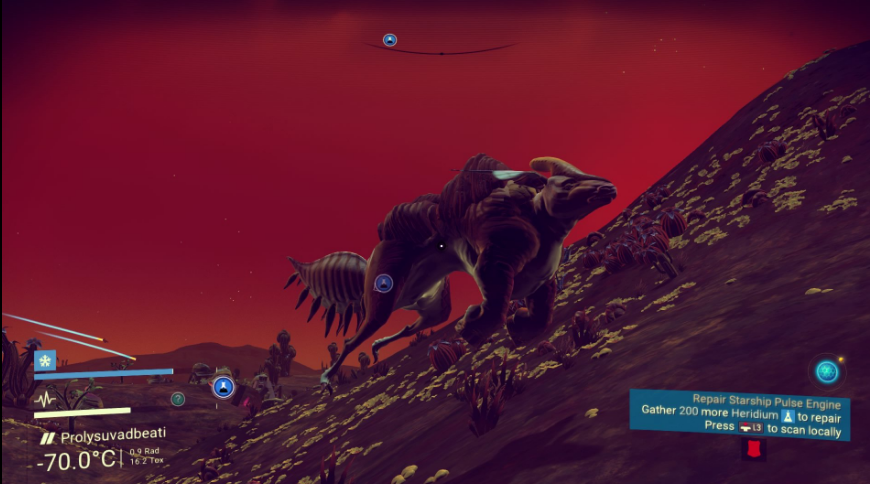