I just watched the trailer for Iron Harvest, and oooooh it looks good. Take a look at the video below to see what I mean:

I love all those little machine-gun robots scuttling about like metal crabs, steam pouring out of their tin heads. There’s something about the depiction of primitive versions of high technology that just feels so right – it makes me think of Nicola Tesla and his crazy inventions that seem like something from a sci-fi novel. I mean, he came up with a wireless lighting system back in 1890. And just look at this picture of him sitting next to his ‘magnifying transmitter’ and tell me it doesn’t look damn cool: 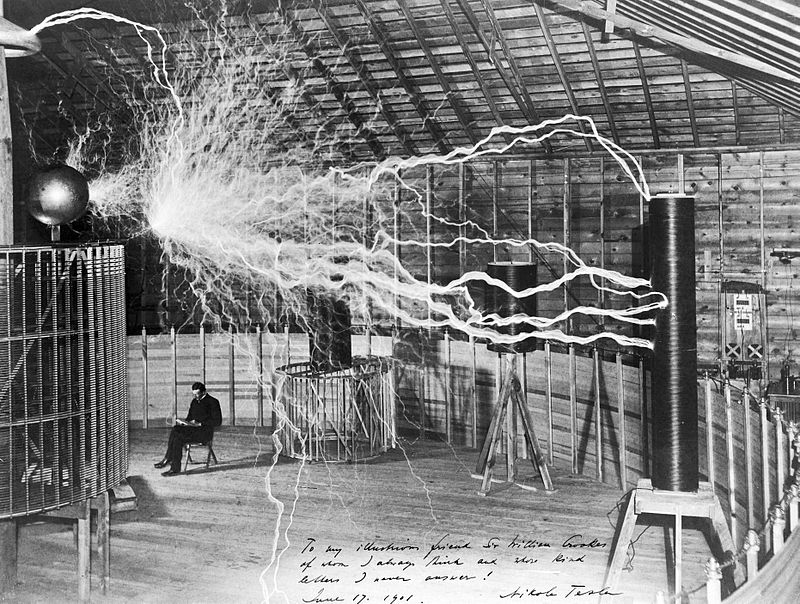 Anyway, Iron Harvest is based on the artwork of Jakub Rozalski, who specialises in peaceful pastoral paintings with incongruous pieces of technology or weird beasties parading through them. Like this amazing picture: 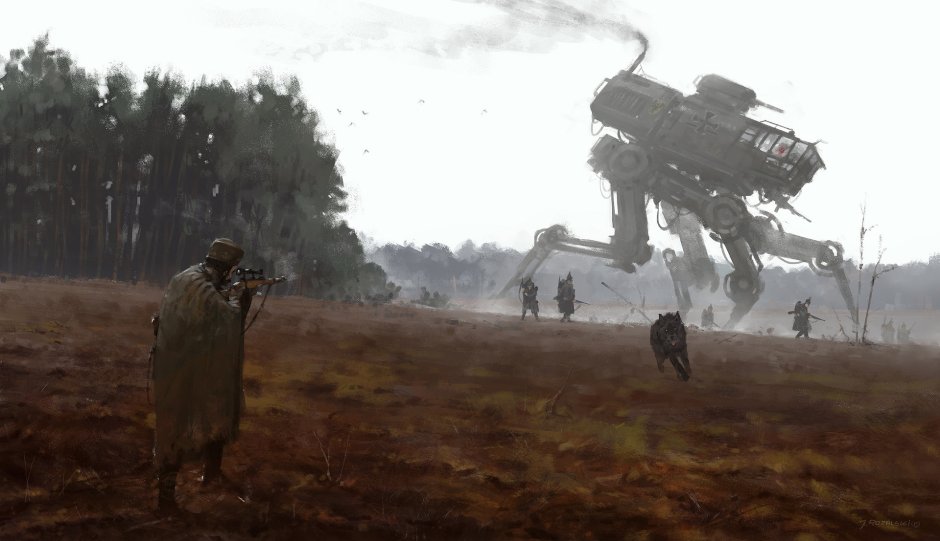 I love the idea of a video game that can capture the wonderful feeling of his artwork, and Iron Harvest seems to be doing a grand job so far. Incidentally, you may already have seen some of Rozalski’s work in the fantastic board game Scythe, which was also inspired by his paintings. Check out more of Rozalski’s artwork here.

With its chunky, primitive mechs, Iron Harvest also reminds me of Ring of Red – which can only be a good thing, seeing as that PS2 title was one of my favourite ever games. I’m looking forward to seeing how this one evolves.