I’m a big fan of the modern Telltale formula and an even bigger fan of Marvel, so by all rights this should have been the greatest Telltale game of all time. I’m sorry to say that I think it’s one of their weaker games though. Oh, it’s still a decent enough game. It’s got that usual compelling Telltale visual style and basically all the same gameplay mechanics that you always see in a Telltale adventure, but surprisingly, I think the fault here lies in the writing.

Usually the writing is the highest point in a Telltale game, so you can see why it would be a bit jarring to see a decline in that area. It’s not even bad writing, it’s just so…average and safe. Part of this is due to the team dynamic. Telltale games usually shine the most when they drop you into a group of unknown characters, where one or more of them are very hostile, and the rest are highly unpredictable and potentially untrustworthy. When you’re forced into a situation like this, like you so often are in their other games, it makes for a lot of tension, inter-group conflicts, and a whole lot of sudden, surprise developments.

Here though, we have a team that’s already been formed when the game begins. They’re already a team, they’re already all friends, and have already learned to trust each other enough to get to this point (this version of the team seems to be mostly based on the movie versions, at roughly some point between the first and second movies). So how do you reproduce that traditional tension in a group that’s already on very good terms with each other? Well, by introducing a lot of forced bickering at every turn, apparently.

You control Star-Lord, the leader of the group, and you’re treated to an endless barrage of team members complaining about everything and regularly forcing you to choose between their idea and another team member’s idea, which of course results in someone being mad at you and someone else no matter what you do. The team argues so much about everything that many of them regularly threaten to leave the team, and the team actually does finally disband at one point. Gee, I wonder what happens next? Will the Guardians of the Galaxy stay disbanded and just let the universe die over some petty personal grudges? Yes, that’s probably it. 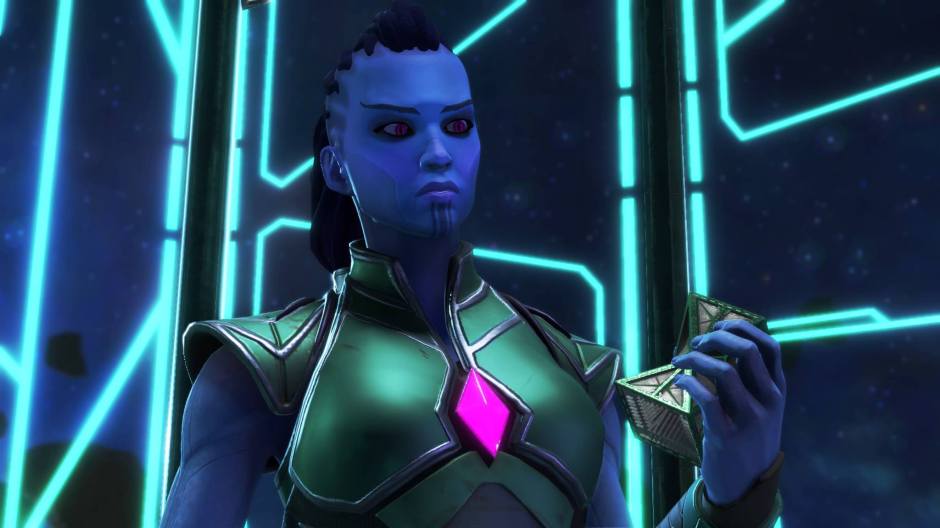 Don’t get me wrong, it’s not a bad game. The dialogue is mostly good, and it’s a fun enough little adventure, but it’s all so unusually basic and predictable. Telltale’s recent first season of Batman was able to overcome this by taking risks and playing it fast and loose with familiar continuity, which resulted in a story that was unique and surprising even to someone who’s read a ton of Batman stories. Guardians of the Galaxy instead plays it very safe, sticking extremely close to the movie versions, with only minimal changes, and almost nothing in the way of surprises. In fact, it sticks so closely to the movie version that it lifts a few jokes directly from the movies.

If you’ve never seen the movies, you might find this game a little more new and exciting than I did, but if you have seen them, you might find a little too much of this story and content to be redundant. They do get briefly into the pasts of the various members at times, something that the movies have yet to touch on in-depth, so at least there’s that, but for the most part it just feels like a too-familiar re-telling of the formation of the team in the first movie, except this is happening after that, so it feels kind of strange that they need to do all this work to get to know each other at this point in time. 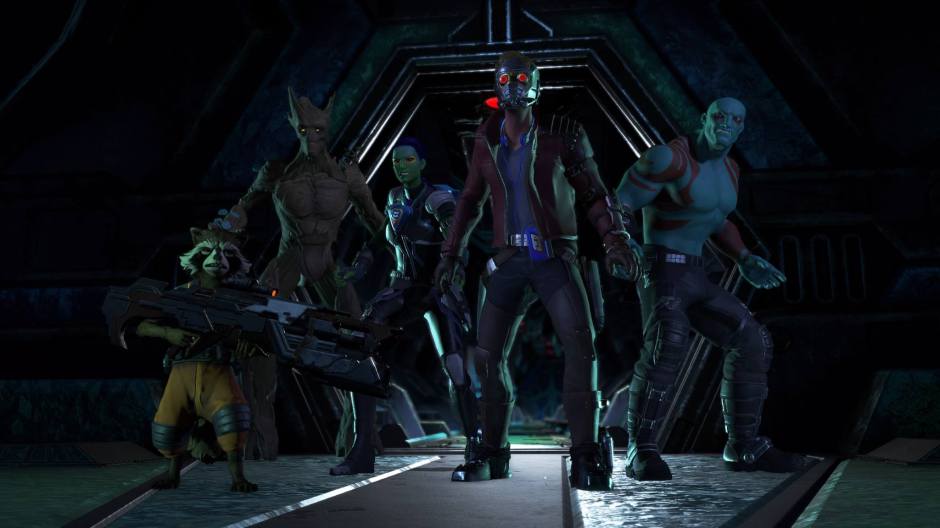 Even having said all this, I still think it’s a decent game, but it’s a decent game from a company with a solid history of well above average games, so its inferiority stands out a bit. If you’re a big fan of Telltale and/or Marvel you’ll probably still enjoy it to some degree, but if someone were to ask me what Telltale series they should try first, I sure wouldn’t ever mention this one.

Telltale’s Guardians of the Galaxy is available now on PS4, Xbox One, iOS, Android, Nintendo Switch, and Windows.