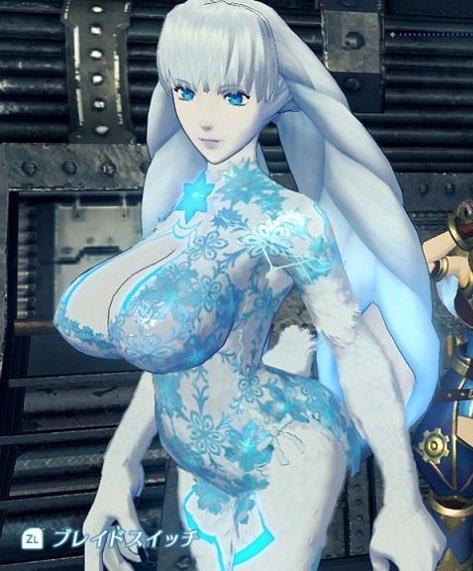 I’ve got into using Twitter over the past couple of years, and I’ve found it’s a great place to find out about gaming news (and news in general), as well as seeing some interesting opinions on things I take for granted. Oh, and amusing videos of animals, but that goes without saying.

But I’ve also realised that I’m very much living in my own social media bubble. The people I follow tend to share the same opinions as me – generally a bit lefty, and mostly happy to poke fun at video games at the same time as sharing the joy of playing them.

But something happened this week that reminded me that the people I follow in no way reflect the internet – and society – as a whole. The below tweet popped up on my feed, and I have to say it made me cringe:

me: wow… the character designs for xenoblade 2 literally can't get any more ugly, unappealing, inconvenient, overcomplicated, or misogynistic at this point
xenoblade 2: hold my beer pic.twitter.com/9Ysfe8QscN

I love the Xenoblade games, but some aspects of the designs are a bit questionable to say the least – the ‘breast slider’ from Xenoblade Chronicles X springs to mind. With the above character, complete with ludicrous body proportions, it almost feels like the series has jumped the shark and become a sort of parody of itself. Frankly, I find it a little bit embarrassing. I’m happy to play the Xenoblade games, but I think if anyone wandered in while the above character was on the screen, I’d have a hard time justifying why I was playing something with a sort of, I don’t know, porn-parody lacy cat woman bobbling about on the screen.

Still, it seems other people have no problem justifying the lacy boob lady. In fact, they’re OFFENDED if you even THINK that you might be offended by it. I scanned through some of the comments on the above post, and I was pretty shocked by some of them, e.g.: 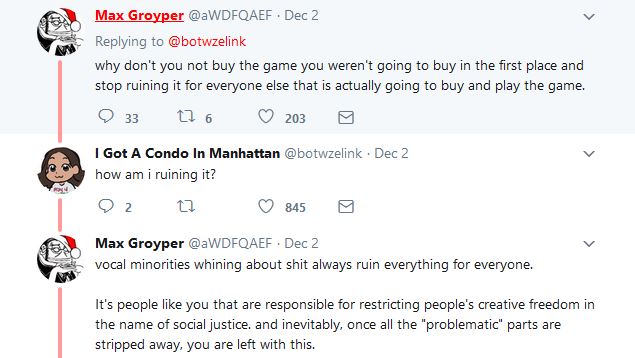 And let’s not forget: 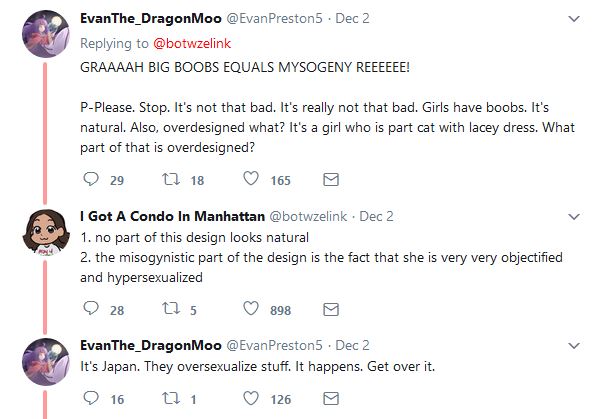 This is just a sample of the comments – and currently there are around 800 replies to this tweet. What really struck me is how angry the replies were to what seemed to me to be a fairly harmless comment on a pretty damn ridiculous character. I mean, it’s clear that not everyone will think that lacy boob lady is an issue, and they’re perfectly justified in thinking that. But the replies aren’t along the lines of “Respectfully I disagree with you, and here’s why”, it’s more along the lines of “HOW DARE YOU INSULT MY GAME, YOU ARE RUINING EVERYTHING”.

If Star Wars has taught us anything, it’s that fear is the root of all anger (although to be fair, I’m fairly sure George Lucas nicked that from behavioral therapy, but anyway). So what is everyone afraid of? One commenter specifically says that comments like this will “ruin everything for everyone” – but do gamers really fear that the slightest criticism of a game’s design will really “ruin” it?

Apparently so. We’re living in very strange times at the moment. Donald Trump seemingly swept to power by tapping into the feelings of “angry white men” who felt they were being disenfranchised. And Matt Lees wrote an excellent article last year on how the alt-right and GamerGate are very much connected (read it, it’s fascinating). There are genuinely men out there (and it’s overwhelmingly men) who feel threatened by any perceived attacks on their hobby of video gaming. It’s like there’s some sort of epidemic of insecurity.

I felt it myself earlier today, when I left a comment agreeing with Ethan Gach’s Kotaku article suggesting that we might need to rethink difficulty menus. My comment agreed with his point that Wolfenstein II is much more enjoyable when played on easy, but I resented the implication that I was some sort of “baby” for choosing a lower difficulty – a point that is very much emphasised by the options screen. 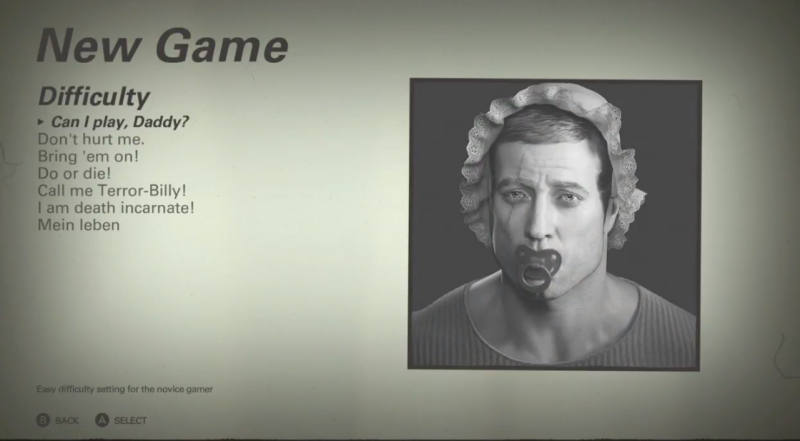 Almost immediately, someone felt they had to get in with a slight:

Again, it feels like any sort of criticism has to be immediately shut down – along the lines of “if you’re not with us, you’re against us”. It’s indicative of a macho subculture, people who perceive themselves to be the “real gamers” – and everyone who disagrees is a “whiner”. Which is patently ridiculous. But it clearly shows that plenty of people out there feel threatened – and that same feeling of perceived threat is what far right groups around the world are capitalising on.

I feel like there’s far more to say on this, but I will have to leave it for another time. Still, I’d be fascinated to hear your thoughts in the comments, particularly your own experiences of the Angry Internet.