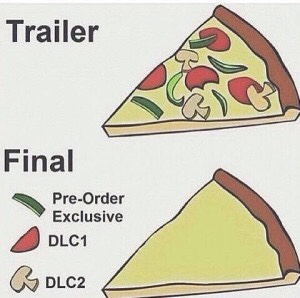 Once again the gentlemen of the manor have gathered in the drawing room to debate a burning topic of the day. (Our previous discussion on the best and worst of free-to-play games can be found here.) Today, as a keen reader would suspect the title would suggest, we turn our critical eyes to gaming trends that we find more gaming “don’ts” than gaming “do’s”. Join us, and see if you agree with our hypercritical musings. Professor GreilMercs

While the ever looming presence of loot boxes and terrible monetization schemes are hard to ignore, I’ve found a more nitpicky trend in the gating of story content.

I’m all for bonuses: hidden stages, collectibles that force you to search every nook and cranny, or extra challenging boss rushes are all great reasons to go back to a game. While playing Blaster Master Zero, I had supposedly finished the game when I realized that the ending was both half-hearted and alluded to something being amiss. Come to find out, because I missed one room, one damn room, I missed out on not only a more fitting ending for my hero, but another entire world, boss fight, and story twist that totally changed the way I perceived the whole thing. Granted, I still had fun, but I was a bit miffed that I had to backtrack and redoing huge sections that I wasn’t interested in at the time.

Unfortunately, this wasn’t an isolated incident. Teslagrad, forma.8, and Sonic Mania all hid story beats behind completionism. Rather than intriguing me enough to go back in and make amends, it made me upset and uninterested. In a couple of instances I just looked up these “true endings” on YouTube and called it a night. The only thing that makes this weird trend worse is that games like Super Mario Odyssey and Breath of the Wild both let you have your cake and eat it too by offering that sense of gratification and adding copious amounts of things to do afterwards that didn’t affect how you see the ending.

Dearest developers, please don’t hide the things that should be readily apparent to players behind obfuscation and annoyance. Sincerely, those of us who don’t have the kind of time to find the “true ending.” Map Schwartzberg

If there’s one thing that really gets my goat, it’s pointless collectibles. Like myself, I think many gamers enjoy collecting things in games – it taps into an innate desire to ‘tidy up’, something that goes back to our caveman origins. It’s almost compulsive. But I can’t stand it when developers pad out their games with pointless trinkets.

I think Ubisoft are particularly guilty of this with their suite of ‘map mopper’ games. I remember consulting online maps in an attempt to collect all of the flags in one of the early Assassin’s Creed games. After finally grabbing the hundredth flag, unlocking an achievement in the process, I just felt empty inside. “What the bloody hell was the point of doing that?” I thought. From then on, I vowed only to collect things in games that are WORTH collecting.

Ghostbusters: The Video Game on Xbox 360 was one game that really did collectibles right. The game was filled with haunted objects to find, each with its own unique artwork and amusing story attached. It was great fun to hunt down each one and then read about it, So why can’t more games adopt this technique? Don’t invite us to find 100 identical flags – make each item unique and interesting, or part of a set that unlocks some new element of gameplay. Hob did this really well earlier in the year – fragments of various swords were scattered across the map, often in obvious positions but with no obvious way to reach them. Working out how to get to them was a great deal of fun, and finding four identical parts unlocked a new sword that changed up how you played the game.

Xenoblade Chronicles X showcases possibly the worst and best aspects of collecting. The game is stuffed with literally hundreds of collectible items, each with unique and often funny flavour text, and with bonuses unlocked for collecting sets. I enjoyed scanning through the Collectipedia to see what I’d uncovered, and reading all of the strange lore. But the game also has ridiculously rare items that spawn only a small percentage of the time in just a few areas, some of which are required for fulfilling side quests. And revisiting an area countless times in the hope that something rare will drop is no one’s idea of fun.

So developers, get with the programme. By all means add things to collect, but ideally each item should be unique, giving a sense of delight when you collect it. Make things that are WORTH finding – don’t just stuff your games with hundreds of identical items in random places. Lucius P. Merriweather

This question brings my thoughts right back to free-to-play models and other such monetization schemes that are built into games with no other purpose than to prey on and drain the wallets of people with addictive or compulsive behavior. It’s harmful to the gamers its preying on and it could end up being harmful to gaming as a whole if other companies start taking cues from big shots like EA and continue to encourage and spread this disease.

That’s about the only thing I can think of that I’d say I hate regarding gaming. I don’t particularly like the recent heavy focus on online-only multiplayer games, but I wouldn’t say that I hate it, because clearly there’s a large audience for these games. They’re just not for me, and I can’t fault them, or any other genre I have no interest in, or wish for less of them. That would be like me wanting to get rid of all sports games because I don’t like sports, and frankly, that would be silly and childish.  Baron Richenbaum Fotchenstein

I have several trends that I’m tired of, including the glut of Metroidvanias (particularly indie games) and games that boast about their “Dark Souls” levels of difficulty. There have been many times that I started reading about a game that sounded cool, saw the phrase “Dark Souls levels of difficulty”, and immediately lost interest. Most of the time this phrase really just means that the game has only a few save points. There’s nothing fun about losing huge chunks of time due to a lack of save points, and in this day and age there’s really no need to regress to the Dark Ages of gaming when games had to be completed in one sitting. 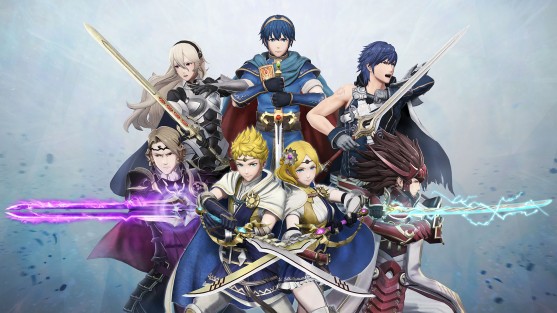 As the Baron says, the trends that don’t find an audience will die out. What bothers me more is questionable DLC practices. Not too long ago Lucius wrote about his distaste for the way Capcom announced their DLC characters for Marvel vs. Capcom Infinite. He followed up with a post about how Koei Tecmo did the same thing with Fire Emblem Warriors. I was a big fan of Hyrule Warriors and played it obsessively and I thought the DLC for the two versions (on Wii U and 3DS) were worthwhile as they provided all-new characters and weapons. I’ve been disappointed in Fire Emblem Warriors’ DLC since it seems to offer so much less in comparison. My main point of contention is that Hyrule Warriors included the originally non-playable enemy bosses as playable characters as free DLC, whereas Fire Emblem Warriors includes three non-playable characters (Owain, Oboro, and Niles) in the main game, but all three are included in the paid DLC. To me what seems “fair” in terms of DLC are the extras that actually takes significant amounts of development time and effort, and releasing characters that are already in the game seems notably stingy.

Much of the DLC for the Fire Emblem games have also seemed overpriced, again, in terms of how much development time they would require. Even Breath of the Wild‘s DLC toed the line with some questionable decisions. For example, why should the Master Mode be locked behind DLC when it doesn’t require significant development and similar modes were included in many previous Zelda games?

Dealing with DLC isn’t as simple as just “if you don’t like it, don’t buy it”, because ideally buying anything should be a pleasurable experience, not something that makes you feel conflicted. Nintendo has released a lot of great DLC that really feel like worthwhile extras that are worth spending money on, such as new characters in Smash Bros. and new tracks in the original Mario Kart 8, but there have been more than a few times their DLC practices have seemed much shadier. Nintendo has always done their own thing, so I hope that these few missteps aren’t the sign of a larger trend towards greedier practices that are much more common in the rest of the industry. PGM

Handheld versions of console games (or the lack of them)

Not a trend per se, rather a function of the ridiculous leaps in technology; but I really miss the days of severely downgraded – often completely different – handheld versions of big-boy console games. Sure we have Doom and Skyrim on the Nintendo Switch, both of which make some compromises to fit it into the Kyoto giant’s micro beast, but I miss the games that had to make so many concessions to fit onto the Game Boy or its successors that they barely resembled the games they were based on. It’s no secret that I think the Nintendo Game Boy had a stack of pretty cracking fighting games in its library – Primal Rage, Mortal Kombat II, and Street Fighter II to name a few – but this trend spanned more than just handheld kicks, punches, and hadoukens.

SimCity 2000 on the Game Boy Advance was a stellar representation of a game that had no right to be on a handheld. To me Metal Gear Solid on the Game Boy Colour was a better representation of Kojima’s masterpiece than some of the later console entries in the series. Games like WayForward’s Thor: God of Thunder for the Nintendo DS, while different, managed to be a simpler and better Thor licensed fare than what was gracing home consoles. Of course on the flip side, the less said about Mortal Kombat 4 and Carmageddon on the Game Boy Color, the better. As they say, you win some, you lose some.

Sadly I think these days are well and truly over, as technology outpaces the wants of this humble video game fan. But if by chance we see another quantum leap that sees the gulf between home consoles and portables widen again, I’ll be secretly air punching in the comfort of my own home. Sir Gaulian