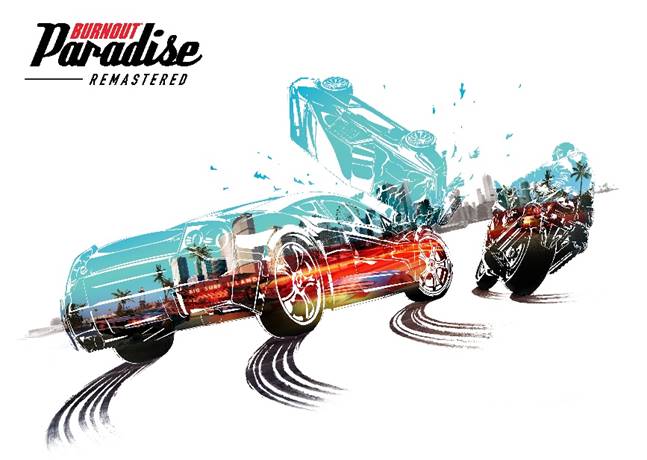 Well this is exciting news. EA has just announced that Burnout Paradise Remastered will be released for Xbox One and PS4 on 16th March, marking the long-awaited return of the Burnout series.

The remaster will include the original base game and the eight original add-ons, as well as “a range of technical enhancements”, such as support for 60fps on PlayStation 4 Pro and Xbox One X.

The Burnout series was created by UK studio Criterion, which was snapped up by EA in 2004, just before the release of Burnout 3: Takedown. Since the release of Burnout Paradise in 2008, the studio has mostly been working on Need for Speed games. Matt Webster, General Manager at Criterion Games, had this to say about the remaster: “Burnout Paradise is an arcade racer built to provide players the thrill of racing with their friends, in a free form way that was both seamless and immersive, but also a little crazy with all the different stunts and crashes players could pull off. With the release of this remaster, we’re able to share this action-packed ride with a whole new generation of players.”

Burnout Paradise Remastered will be available digitally and in stores for £34.99 on PS4 and Xbox One, and will be released “later this year” on PC. An early trial will be available for EA Access members, starting on 9th March. The official launch trailer is below.