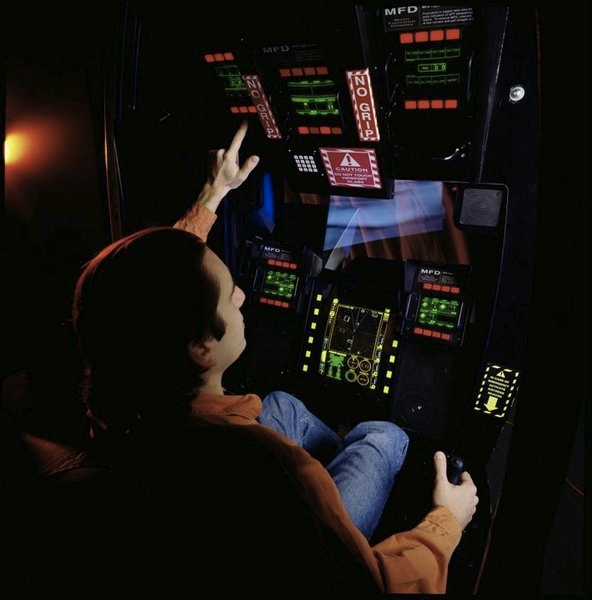 A couple of months back, a collector in Texas got in touch with me after reading my article on the man who is trying to preserve the old Virtuality VR machines from the early 1990s. He told me he had a collection of old BattleTech pods that he was trying to repair and install in an arcade somewhere, and would I be interested in doing a story on them?

The answer was a definite yes – until that point I’d never even heard of these BattleTech pods, but I was fascinated by what he told me. These things were years ahead of their time, and still seem futuristic even now. They are basically fully enclosed cockpits that mimic the controls of a giant mech, and people were using them in international 3D deathmatches back when the Super NES hadn’t even been released in the United States. The later versions – the so-called Tesla pods – were even more impressive, boasting seven monitor screens and switches for everything under the sun, right down to controlling the heat output from your mech. If you remember Steel Battalion and its insane controller back on the original Xbox, it was basically that, but far, far more impressive.

GamesRadar+ just published the story – check it out for yourself:

Battletech arcades were decades ahead of their time, holding global 3D matches before we’d even played a SNES – here’s their story

I think my favourite detail is that one of the tutorial videos for the game featured Judge Reinhold, Weird Al Yankovic and Joan Severance, who played the villain in the Gene Wilder and Richard Pryor comedy See No Evil, Hear No Evil. It’s amazing, a real hidden gem.

I’d really love to play on one of these machines myself, but sadly it seems the only ones left in existence are all in America, although a few groups take them to trade shows. One day, one day…