I think at some point in life most people will ask the question, “If I could go back in time and change something, would I?” Under most circumstances this is usually to change something minor, like taking back what you said so you don’t hurt someone, or putting money in stock that at one point was pennies on the dollar and is now worth millions. Last Day of June takes this concept and turns it into a heady adventure game where the goal of protagonist Carl isn’t something inconsequential like giving yourself winning lottery ticket numbers, but life and death itself.

Last Day of June tells its entire story wordlessly, with hollow-eyed yet endearing characters who make simple sounds, but who intimate their feelings clearly. The game begins with Carl and the love of his life, June, spending time together on a date. As Carl and June leave, the rain begins to pour; their car then careens off the road, and we move forward to see Carl at home, heartbroken and wheelchair-bound, without June by his side. Based largely on Steven Wilson’s EP Drive Home, Last Day of June wears its inspiration on its sleeve; from its painterly aesthetic to its haunting soundtrack, it is an homage that makes it distinct in the world of gaming.

As he dejectedly makes his way through life without the love of it, Carl stumbles into June’s closed-off studio and discovers he can somehow go back in time and relive the moments of the other people in his little hamlet who had an effect on that fateful day. Herein lies the rub. 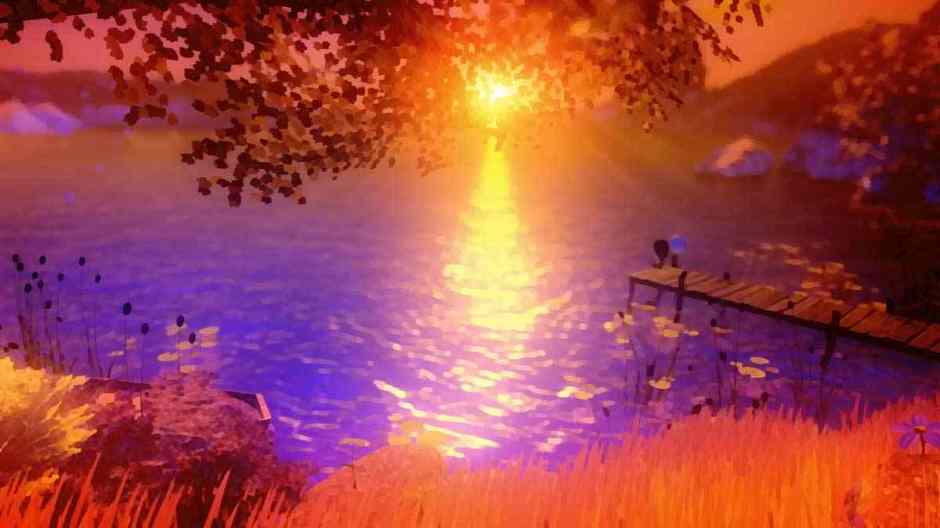 The village that Carl and his neighbors reside in is a wonderfully idyllic place, ripe for exploration and admiration. It’s filled with little details that make it feel lived in, and sometimes you’re even rewarded with discoverable memories that flesh out the characters a bit more with painted stills of their everyday life. However, the actual game part, as inventive as it can be at times, leans on the dusty old adventure-game mechanic of hunting for items and then figuring out how to use them to progress. This can ruin the pacing at times because – also like the adventure games of old – this process can be obtuse, and you’re often left wandering around trying to figure out the next step.

In order to give Last Day of June legs, the game has you reliving the moments of four different neighbors, and on occasion you have to go back to a previous completed segment to “fix” a moment for another. It’s a curious design choice, one that is equal parts intriguing and frustrating, as again it can lead to aimless wandering and confusion. However, you’ll want to see Carl’s story through to the end because his plight is so heartfelt, and the people he lives with are just so gosh-darned endearing.

Whether or not you would take an opportunity to change your past is always an interesting concept; whether or not you actually should is another story. Although Last Day of June may mire itself in tired adventure-game tropes from time to time, it pushes boundaries in storytelling, animation and heart.

Last Day of June is available for PC, PS4 and Switch. We reviewed the Switch version.

Disclosure statement: Review code for Last Day of June was provided by Wonacott Communications. A Most Agreeable Pastime operates as an independent site, and all opinions expressed are those of the author.