I got to play State of Mind at EGX Rezzed and came away impressed. The game has been in development for around 3 years with a release date set for this summer – and it could be something very special indeed. 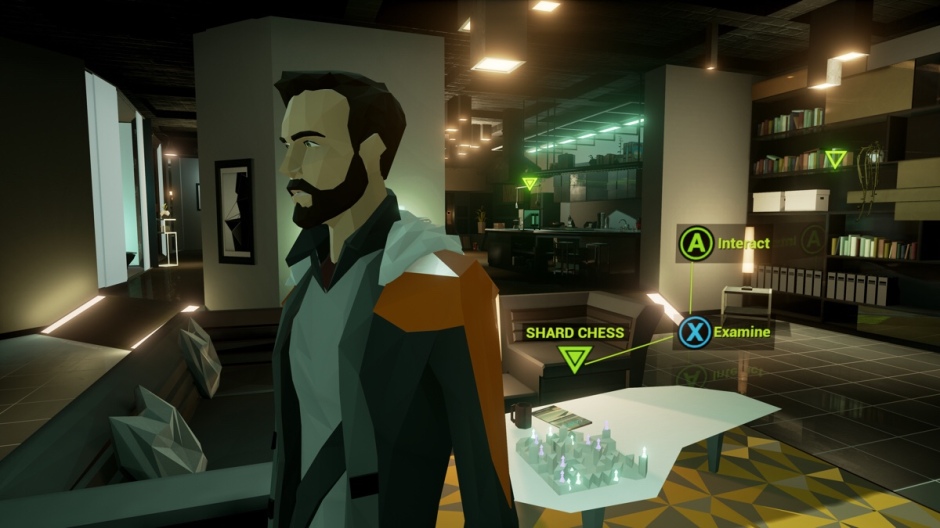 The German developers Daedalic Entertainment are more well known for their hand-drawn, 2D point ‘n’ click adventures, like Deponia and The Whispered World, so the 3D State of Mind is something of a departure for them. They’ve gone for a distinctive low-poly art style, with stretched, lanky-limbed characters, and it really helps to make the game stand out from its contemporaries. 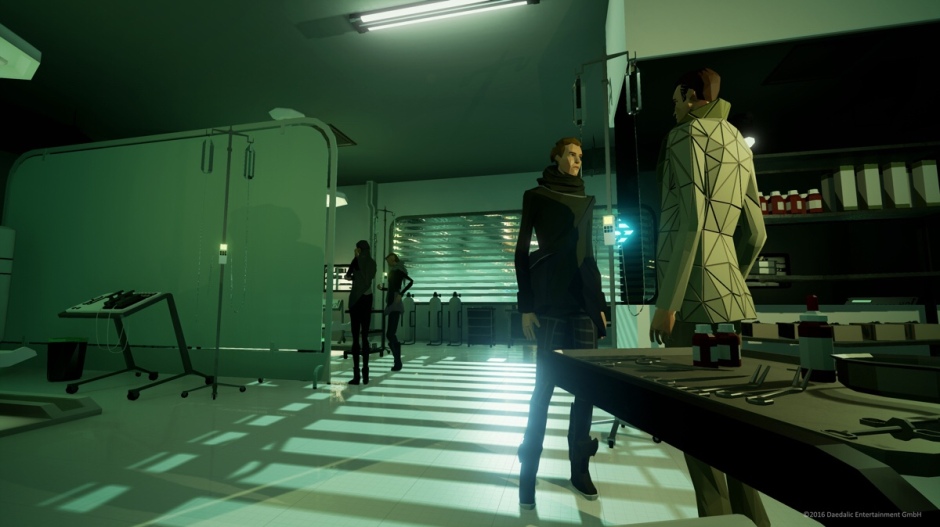 State of Mind is set in 2048, when the world has really gone to rack and ruin. In this dystopian future, citizens seek refuge by uploading their consciousness into a paradise-like virtual world – but of course, all is not well in paradise. Cue a massive corporate conspiracy and plenty of Black Mirror-style tech horror.

You take control of four different characters over the course of the game, and at certain points they’ll have to help each other out. In the demo I played as Lydia, who was infiltrating a corporate headquarters in order to free a chap called Richard by disabling the robots that were guarding him. Speaking of the robots, I loved the look of these things – all angled metal and hollow spaces, menacing in their obvious otherness.

The game plays out in a similar way to the point and click adventures that Daedalic is famous for – each section requires you to scour the area for objects, which then need to be combined in a certain way to help you get past an obstacle. Nothing particularly groundbreaking here, but there were some neat ideas on show – I particularly liked the part where you had to use a remote drone to move crates and block the view of security turrets. And overall, I found the techno-thriller plot to be intriguing – I certainly wanted to find out what happened next, after the demo finished on a disturbing cliffhanger.

The only major concern I had was about the movement of the characters themselves – the control is a bit floaty, and running around felt a bit like trying to wrestle a runaway boat into submission. I’d often sail past my intended destination and have to awkwardly double back. I mentioned this to the devs, and it’s something they say they’re looking to fine-tune before release.

State of Mind is due out for PC, Mac, Linux, PlayStation 4, Xbox One and Nintendo Switch imminently. You can wishlist it on Steam here.

Head this way to discover more of the best games at EGX Rezzed 2018.