Back at EGX Rezzed back in April, I was lucky enough to catch up with Suda51 – aka Goichi Suda, the superstar designer behind games like No More Heroes, Killer7 and The Silver Case. To be honest, it was a complete surprise – I’d booked in to play a demo of Travis Strikes Again – No More Heroes on Nintendo Switch, but the PR didn’t mention that I’d also have time with Suda51 himself afterwards. Once I’d finished playing I was ushered off to the press room, and there was the great man himself – cue much panic on my behalf as I desperately tried to think of questions for an interview that I was totally unprepared for.

All in all, I think it went quite well, considering – and it was particularly interesting to find out about the upcoming remakes of Killer7 and Flower, Sun and Rain (and possibly Michigan). Definitely the longest 15 minutes of my life, though. And of course there were about a million questions that occurred to me after I’d wandered off in a complete daze – hey ho.

Why did you want to return to No More Heroes?

When Nintendo first showed me the Switch hardware, I had this instinctual urge. I felt like this is where Travis will make a comeback.

What made you decide to set Travis Strikes Again in a computer?

There are multiple reasons for that. The first is that it’s Grasshopper’s 20th anniversary, which is a great chance to look back on the past, look back on the history of video games themselves. I’ve lectured for about five years, teaching students about video games, and it’s made me think more and more about video game history. Another reason is that the last game before this was Let It Die, and a different version of the Death Drive appears in that game. I wanted to explore more of that fictional console’s history.

Are you using Travis Strikes Again as a way to poke fun at video games themselves?

Those references are the just sort of thing that come out when I’m literally writing the script. Much like Travis is going into the games, writing the script is like a journey in itself. This game is really a way for me to look face to face with video games just to see what comes out of that. The other thing is that I’ve only written part of the script so far – once this [show] is over I’m going to go back to Japan to write the rest of it. I won’t be able to give a true answer until I finish the script.

The game itself is based on different mini games – can you tell me more about the play styles in the game?

Are there parts that will be tributes to older games? Particularly side-scrolling beat ‘em ups?

The roots for this come from the games that I played back in the day. As far as the worlds go, there’s not one specific game that inspired each world, it’s more like the history of side-scrolling.

It’s great to see the return of Travis Touchdown, what made you return to this character?

I always feel like Travis is somewhere close to me. I feel like 51% of myself is inside Travis – we’re synchronised in a very special way.

Going back to the demo, I noticed it was quite samey in terms of the enemies I was fighting – they all attacked in similar ways. Do you plan to include more variety in the final game?

Yes, there will be more variations in attacks. 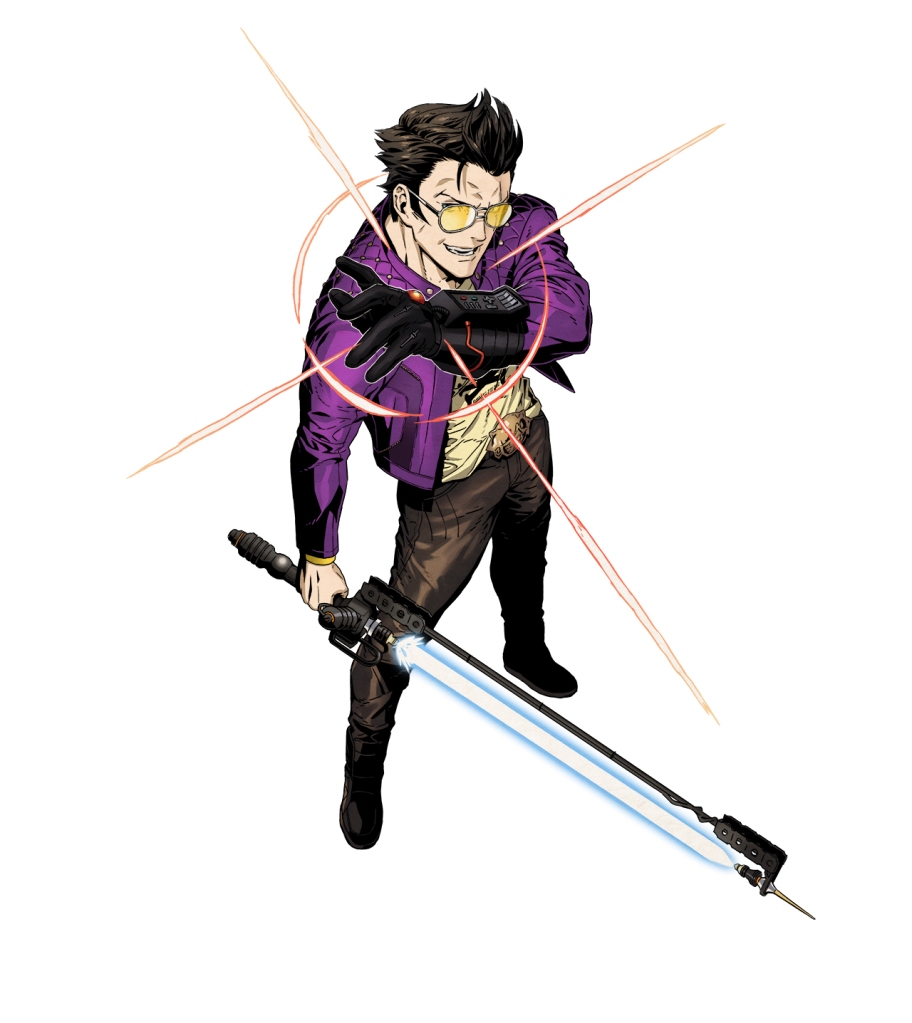 You’ve made some amazing games, like Shadows of the Damned and Lollipop Chainsaw. What’s your favourite game that you’ve worked on?

You mentioned it’s the 20th anniversary of Grasshopper, and there’s been talk about doing remakes of some older games. Which of these games would you like to return to and remake?

I want to do remasters. In Japan I recently promised fans that I’d do a remake of Killer7 and Flower, Sun and Rain, those are the two I want to focus on first.

Do you think there might be a remaster of Michigan: Report From Hell in the works?

I want to do that too, of course.

It’s one of the most underrated games…

How has it been working on the Nintendo Switch? You mentioned that it was the Switch that made you want to return to No More Heroes, what is it about the Switch that you like?

First, it’s easy because Unreal and the Switch fit together very well. And Switch is just a piece of hardware that’s kind to developers.

What do you mean about kind to developers – is it support from Nintendo that makes it easy, or is it the development system itself?

It’s both really. When it comes to Switch it’s the fact that you have so many choices as a developer – if you make an indie game separately and then decide to port, it’s really easy. I love the fact that Nintendo has its own Nindies brand, that’s important.

Travis Strikes Again itself is something of a spinoff from the main No More Heroes series – as Suda51 mentioned, it’s composed of six different minigames, each with a different style. The demo was a third-person beat ’em up that I played in co-op with another attendee, and it included some charming fourth-wall-breaking references. I particularly liked the decidedly meta boss battle at the end.

Then again, the demo itself was fairly repetitive, hence why I asked about more variation in the final game. All of the enemies I faced basically just ran at me while I flailed Travis’s beam katana, although there was also a neat power move that you could perform with your co-op partner.

It was a little underwhelming, then, but this is also just a tiny slice of the game – and we still don’t know exactly how the other five minigames will play. But the idea of Travis being transported into a video game console – the Death Drive Mk II – is a good one and will no doubt make for some amusing in-jokes at the very least.

Travis Strikes Again – No More Heroes is scheduled for release sometime in 2018 on Nintendo Switch.