Here in The Manor, I’ve managed to play a huge number of games released in 2018. We’ve been lucky enough to get review code for a lot of them, but there are still loads of games that came out this year that I haven’t had time to play.

There have been some cracking Metroidvanias released in 2018, like Chasm and Hollow Knight. But there are still more that I haven’t got around to playing. Death’s Gambit is a classic-looking Metroidvania with medieval styling, and Guacamelee 2 looks wonderful – although I still need to play the first one. One of the most interesting Metroidvania-style games to come out this year was Yoku’s Island Express, a pinball exploration game featuring a dung beetle. That one’s definitely high on my ‘to-play’ list. The Messenger also looks brilliant. Man, this was a great year for Metroidvanias. 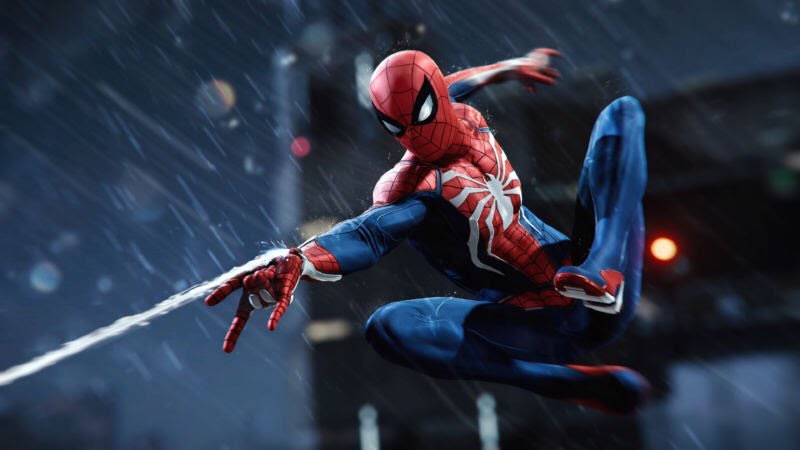 In terms of big-budget releases, Spider-Man looks wonderful fun. I have fond memories of playing the PS1 Spider-Man game, and the PS4 version is like a spider-fan’s dream come true. I’ll be keeping a keen eye out for that one in future sales. Just Cause 4 is another game that looks like a brilliant laugh – I even preordered it, but ended up cancelling when I realised my games backlog was just far too big. I’ve still got games from a year ago that I haven’t got around to playing yet!

There’s an absolute ton of indie games from 2018 that passed me by but that I hope to catch up on over the next few months. Owlboy got a physical release on PS4, and looks utterly gorgeous. Celeste won big at The Game Awards recently, and I love its clever variable difficulty system. Then there’s Forgotten Anne, which I picked out as one of the games I was most looking forward to in 2018, but I was incredibly busy when it came out and never got round to trying it out. Soon, my pretty, soon.

Into the Breach is a cracking turn-based strategy game for PC from the makers of FTL, and it looks right up my street. But I’m going to wait for the forthcoming mobile version, as it looks like the perfect fit for gaming on the go. Ghost of a Tale is an absolutely beautiful mouse-based adventure that was years in the making, so that’s very high on my list. And The Banner Saga 3 finally rounded out the trilogy – Map Schwartzberg reviewed all three games for Switch this year, but as for me, I still have the first two ready and waiting to play on my PS4 hard drive. Really looking forward to playing through these.

The Missing: J.J. Macfield and the Island of Memories is the latest from Swery, the auteur behind the brilliantly kooky Deadly Premonition, one of my absolute favourite games. I even bought the board game version. And Return of the Obra Dinn is the latest from Lucas ‘Papers, Please‘ Pope, and it’s received rave reviews. Meanwhile, Map reviewed The Gardens Between on Switch, and it looks absolutely lovely.

There have been a couple of great-looking re-releases, too. Castlevania Requiem bundles Symphony of the Night and Rondo of Blood together, two Castlevania games I’ve always wanted to play. And Resonance of Fate 4K/HD looks brilliant – it’s just a shame it came out the week before the chart steamroller that is Red Dead Redemption 2.

Finally, now that I’ve splashed out on PlayStation VR, I’ve got my eye on a few phenomenal VR games from 2018. I’ve already got Astro Bot: Rescue Mission, which got amazing reviews when it was released a few months back. I’m hoping to play through that over the Christmas holidays. Then there’s Tetris Effect, which looks wonderfully trippy, and not forgetting the beautiful Moss, another stunning game featuring a mouse protagonist. 2018 was the year for beautiful mouse games, it seems. Oh, and there’s the awesome Beat Saber, which I tried at Play Expo Blackpool and instantly fell in love with.

So there we go, a huge list of great games that I still need to try – it’ll be a mammoth task to play through them all, but hopefully I can get through at least some of them in the coming months. Really, 2018 has been a phenomenal year in gaming – and I haven’t even talked about the games I HAVE had a chance to play this year. We’ll be listing our Most Agreeable Games of 2018 in the next couple of weeks, so keep an eye out for that.