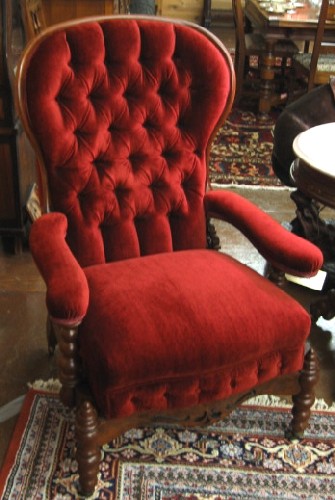 Well Christmas was a bit of a washout for me. I spent most of the break with flu, snivelling miserably under the duvet. But on the plus side, my extended convalescence gave me plenty of time to finish off a few PS4 games.

I got Batman: Enemy Within for Christmas, and it was bittersweet playing through this old Telltale game. I love the way they’ve reinterpreted the characters, particularly the relationship between Harley Quinn and The Joker. Overall I think it was a big improvement on the first Batman Telltale series, although apparently it only sold about half as much – and of course, there will never be another one. Sometimes there’s no justice in the world.

I also checked out Brothers: A Tale of Two Sons, which I picked up a while back. It was originally released for Xbox 360, and this shows in the fairly basic character models, but there are some beautiful vistas – it reminds me a lot of Fable. The game is very slow to start, and the control scheme – whereby you control each of the sons independently using each stick and the R2/L2 buttons – is a bit like trying to rub your belly and pat your head at the same time. But I eventually got used to it, and the wordless adventure gets better and better as it goes along. Oof, and that ending! Right in the feels.

I also got around to playing the hilariously cruel platformer Limbo. The poor nameless protagonist gets skewered in all sorts of brutal and unexpected ways, causing shocked laughter to emanate from my lips on several occasions. It’s a short game but fun – although I also finished Playdead’s follow up, Inside, and that’s in a whole other league entirely. It’s bursting with ideas – great little puzzles and scenes come one after the other, with new facets introduced constantly. And it’s brilliantly, bravely weird, with one of the most memorable game endings I can recall. I was still thinking about it days later, trying to piece together the things I’d seen. Highly recommended.

Now that Sundered has got its free Eldritch edition update, I went back and played through the final half of the game after putting it to one side earlier this year. I agree with Map’s criticisms in his review – the procedural generation tends to create large, boring levels, and the fact that you get sent back to the start every time you die (albeit with upgrades intact) is frankly irritating. Especially if you’re stuck on a boss and face a long trek back to it upon every failure. But I like the idea of random hordes that can descend at any time, signalled by a gong sound that set my heart racing every time I heard it. And it looks stunning, too.

I found that the constant trips back to the start were tolerable if I just played the game in short bursts, and I actually enjoyed the second half a lot more – with some powerful perks and upgrades to hand during the end game, I could breeze through most enemies, and even beat one of the big bosses on my first go. So yeah, not the best Metroidvania around, but quite good fun in moderation. It could definitely do with a few more enemy types though – I think I’ve been spoiled by Hollow Knight’s impressive bestiary.

I went back to finish Gravity Rush 2 as well. Falling through the air in any direction of your choosing is still as fantastically fun as ever, although overall I didn’t enjoy the game quite as much as the first one. Partly that’s down to the lack of online functions now that Sony has callously switched them off. Whereas once the city was teeming with challenges and treasure hunts from other players, now it’s a ghost town. There are still a few side missions, but frankly they’re almost all incredibly tedious and annoying – don’t get me started on the forced stealth missions – and the mining expeditions are about as interesting as mining in real life (that is, a lot of toil for scarce reward). But I enjoyed the story missions, and the ending was very good indeed – finally some of the mysteries that have bugged me since the first game have been laid to rest.

The Vanishing of Ethan Carter is a fairly short but damn fine walking simulator with Lovecraftian themes, as you investigate the strange disappearance of a boy in rural America. It’s one of the most beautiful games I’ve ever played, and one of the few in which I’ve regularly stopped to take photos of the view. Brilliant plot, too – it’s another game with a very satisfying ending.

I can’t say the same about Firewatch though, I’m afraid. People have raved about this game, and I was really looking forward to playing through it, but it completely left me cold. I just don’t get it. It’s one of those things where I just can’t seem to see what others see. Is this a case of the Emperor’s new clothes? Or am I just weird? I don’t want to say too much more for fear of spoilers, but… yeah, I don’t get it. Why is this good?

Tomb Raider – the 2013 version – was almost the same story. I came close to giving up on it a couple of hours in, appalled at how it didn’t feel like a Tomb Raider game whatsoever. In fact, the tombs are optional, which seems to somewhat go against the spirit of the series. And Lara apparently spends most of her time getting badly hurt – I’m guessing it’s an attempt to make her appear more human rather than a cone-breasted superhero, but it comes across more like torture porn at times. And the killings! So many killings… There’s far more gunplay than puzzle solving, that’s for sure.

But the next day I went back to it and, once I’d accepted that this isn’t really anything like the Tomb Raider games of old, I actually started enjoying it. In fact, by the end it had really won me over, and I was already thinking about buying the next two games in the series. It does it’s own thing, and it’s actually pretty good fun if you put your expectations to one side.

Last of all, I picked up Yoku’s Island Express in the January sales, and blasted through it in a couple of days. What an amazing game! Whoever thought of combining pinball with Metroidvania is some kind of genius – it works phenomenally well. And it’s such a joyous game, from the jaunty music to the lush graphics and the fantastically fun fast-travel system. I don’t want to say much more except buy this game and experience the joy for yourself.

And that’s about it from me – what games did you play this Christmas?