Back in September, I took a look at the AAA games that were scheduled for release in the run-up to Christmas, giving my thoughts on which ones would sell like hotcakes and which would sink without trace. Well, the chart results are finally in, so lets look back and see which of those predictions came true.

I said: “Spider-Man will undoubtably be a big hit based on the brand alone, although the positive reviews help. But the big question is, will it outsell God Of War, Sony’s other big 2018 exclusive? Unlike God of War, it’s going up against some strong competition, and there isn’t a current Marvel film in cinemas to increase interest and boost sales.”

What happened: It was a mega-hit. And it quite comfortably outsold God of War, too, shifting 676,621 physical units in the UK compared with God of War’s 399,395.

Verdict: I should never have doubted Spidey’s appeal.

Shadow of the Tomb Raider 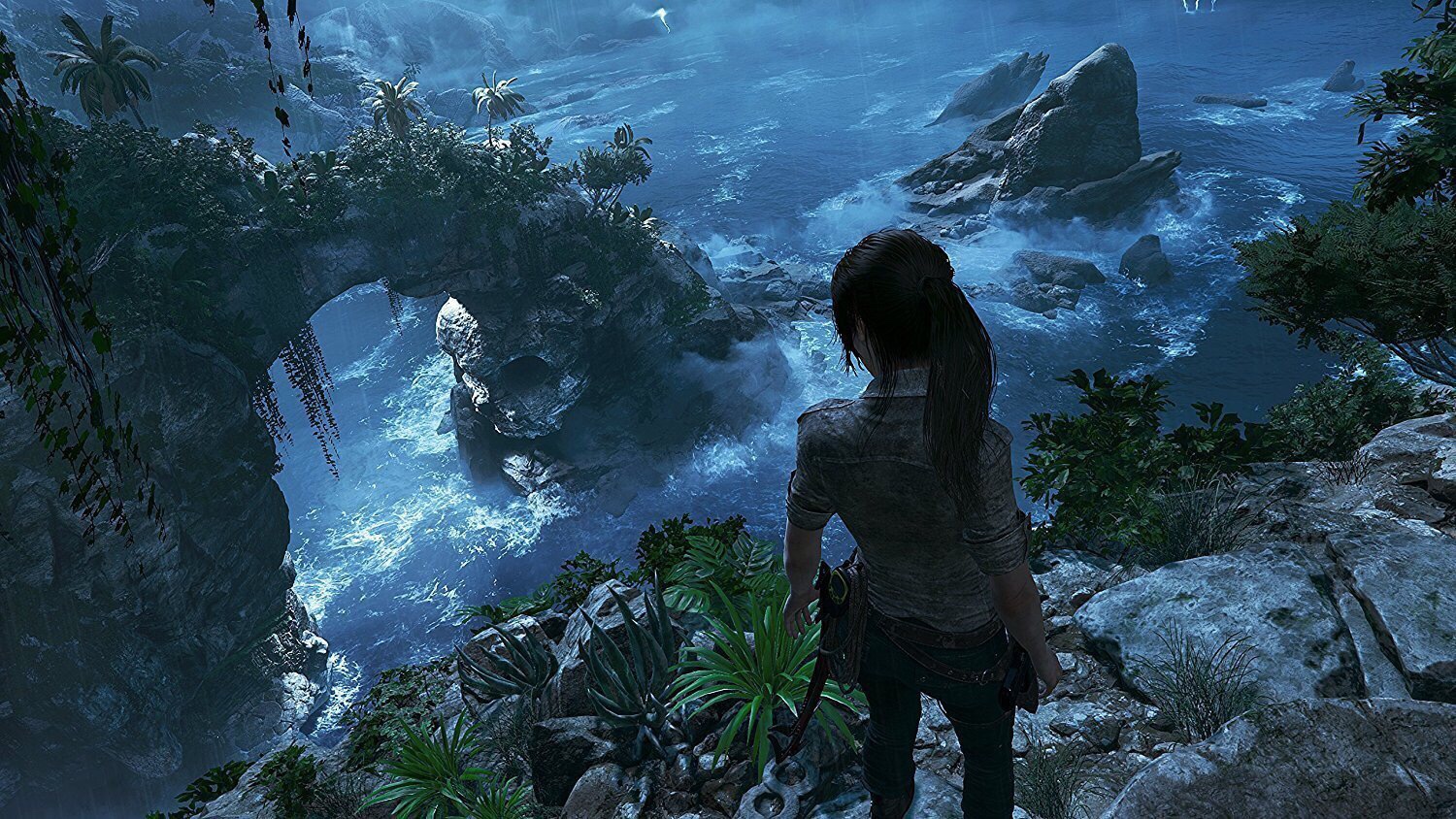 I said: “Shadow of the Tomb Raider, meanwhile, will no doubt sell well for Square Enix, but I’ve a feeling it won’t shift as many copies as the previous entry – there doesn’t seem to be much hype around it.”

What happened: It didn’t do that well. Physical sales were 70% down on the 2013 Tomb Raider reboot. And although it sold slightly more than Rise of the Tomb Raider at launch, that previous game was an Xbox exclusive at the time. Oof.

I said: “It’ll sell by the boatload, but probably won’t dislodge CoD and FIFA from the top of the charts.”

What happened: Pretty much that, although launch sales were down a bit on Origins.

I said: “Super Mario Party will no doubt sell more than previous entries thanks to its suitability to the Switch and local multiplayer, but it’s still very much a mid-tier Nintendo franchise, so it’s unlikely to get anywhere near the sales of Ninty’s other two big hitters.”

What happened: Exactly that. It sold 1.5 million units and Nintendo said it had “an extremely strong start compared to other instalments in the series“.

I said: “The latest Call of Duty will sell by the bucketload. This series has dominated the Christmas charts for the last decade, and that shows no signs of stopping. Infinite Warfare may have underwhelmed punters a couple of years back, but that seems to have been a blip rather than a downturn in the series’ fortunes if the sales of Call of Duty: WW2 last year are anything to go by. Still, it will be interesting to see whether the lack of a traditional single-player campaign this time around will affect sales.”

What happened: Well, physical launch sales were down 50% on COD: WW2, but it also set new records for downloads, and it ended up as the third best-selling game of 2018 in the UK, behind FIFA 19 and RDR2. So clearly the lack of single player wasn’t a big issue.

I said: “Starlink, on the other hand, seems like a risky prospect. The toys-to-life market seems to be very much on the wane, with Disney Infinity and Lego Dimensions already giving up the ghost, so is there still an audience for a game about buying toy spaceships? It reminds me of the failed relaunch of Guitar Hero and Rock Band a couple of years back, which showed that people had clearly got tired of toy instruments. It doesn’t help that previews of the game have been a bit muted. I have a feeling that this one may very well crash and burn.”

What happened: It crashed and burned. It only managed number 14 in the charts at launch, and then quickly disappeared out of the top 40 entirely. I recently saw the £60 starter set discounted to £20.

Verdict: Sadly, I called it.

I said: “Then there’s Soul Caliber VI – I’ve a strong feeling that this will sell well initially but then disappear out of the charts quite quickly.”

What happened: Well, physical sales were 55% down on its predecessor, although that game came out in 2012 so it was all physical back then. Still, it only managed number 8 in the charts, dropping to number 25 the following week.

Verdict: The soul just about manages to still burn. But it’s sputtering.

I said: “The hype for this game is through the roof, and it could easily outsell the usual big hitters. That said, it’s unlikely to replicate the phenomenal success of GTAV, which still regularly tops the charts years after its release.”

What happened: Just that. Red Dead Redemption 2 became the second-best selling game of the year, but didn’t come close to GTAV’s two million sales at launch.

I said: “[Soul Calibur VI] looks good, but it may well get smothered in the end of year sales rush. Likewise for Hitman 2 and Darksiders 3 – it strikes me that they would do much better if released at a quieter time of year, rather than competing with Call of Duty and Red Dead Redemption 2.“

What happened: And so it proved to be true. Darksiders 3 made a dismal debut at number 32 in the charts, with sales 84% down on the previous entry (although that doesn’t include digital sales). Hitman 2 just about managed to scrape into the top 10, but then barrelled down the charts alarmingly quickly.

Verdict: Publishers still just can’t resist packing in games at the end of the year, can they?

I said: “Judging by the stupendous success of the Crash Bandicoot Trilogy, which has barely left the top ten for the best part of a year, Spyro Reignited Trilogy could be Christmas 2018’s unexpected runaway hit. A few people have some reservations about the new art style, but nostalgia clearly sells, so I expect this game will do phenomenally well.“

What happened: It did do well, but not Crash Bandicoot well. Spyro ended up at number 12 in the end of year chart, while Crash was at number 7. But then Crash had a lot longer to soak up sales.

I said: “There’s also Fallout 76, which is an interesting one. It’s been mostly well received and looks set to be a success, but I wonder whether the switch to an MMO style game will lose fans or attract more players. Certainly from my point of view, it doesn’t appeal as much because of this – but then again the ongoing nature of the game might keep players coming back for longer, and might make Bethesda more money in the long run. But it launches just a couple of weeks after Red Dead Redemption 2, so I’ve a feeling that game will eat into Fallout 76’s sales – especially if players are put off by the MMO aspects.“

What happened: Fallout 76 launched to generally dire reviews and sold poorly, although it managed to scrape number 20 in the end of year charts. It was selling at a third off just a week after release.

Verdict: I didn’t predict just how disastrous this game would be. And let’s not even start with canvas bag-gate.

I said: “But the Pokemon games are a bit of conundrum – will the entry-level nature of the game’s put veteran players off or attract a huge new audience off the back of Pokemon Go? I’m betting on the latter, but it will be interesting to see whether they match the sales of the 3DS mainline entries.“

What happened: The games sold very well, making 11th in the end of year UK charts for combined overall sales, but they didn’t match the sales of the last mainline entries – physical launch sales were down 60% on Pokemon Sun and Moon.

Verdict: The huge new audience didn’t quite emerge as predicted.

I said: “EA has recently pushed back the release of Battlefield V from October to November – a sensible move considering that it was sandwiched between Call of Duty and Red Dead Redemption 2. But word on the street is that preorders of Battlefield V are down on expectations – so another benefit of pushing back the release is that it will give EA time to drum up more interest in the game.“

What happened: It only managed number 4 on its debut week, with physical sales 63% down on Battlefield 1, and ended up taking 13th place on the UK 2018 charts.

Verdict: Not enough interest drummed up.

What happened: It did even better than expected. It became the fastest selling Smash game ever, exceeding the Wii U instalment by over 300% and ending up the 15th best selling game of the year in the UK, just behind Assassin’s Creed Odyssey.