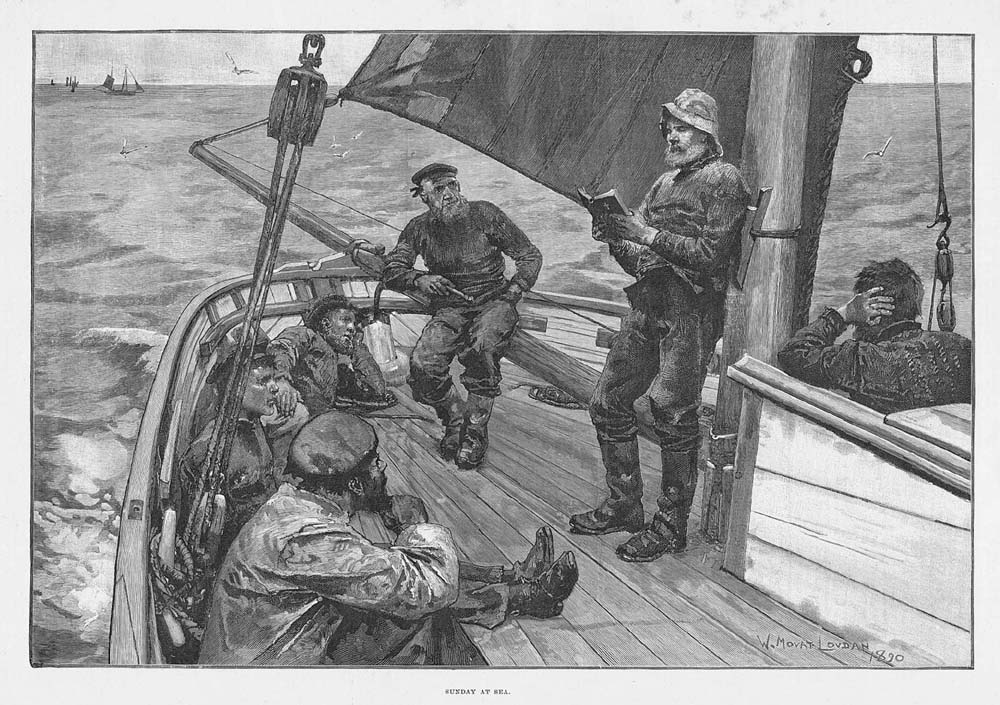 When I first heard that Steam was under pressure, I thought nothing of it. After all, isn’t that the very purpose of steam? Then it was pointed out to me that the headlines weren’t referring to the steam which powers my horseless carriage, but rather the games storefront of the same name. [Ed: This laboured set-up is appalling. As punishment I am taking away your chaise longue privileges forthwith.]

There are two main factors causing Steam’s headaches. Firstly, Steam is no longer the only game in town. Epic Games has grabbed a lot of attention with its new store, which gives developers a much larger cut of the proceeds compared to Valve’s offering. This is in addition to other new stores from Discord and Bethesda, as well as more established platforms like Itch.io, EA’s Origin or CD Projekt’s GOG. They’re all still much, much smaller than Steam, but they’re aiming to change that.

The other source of strain is Steam’s own wilful lack of quality control. It’s been some time since the company took an active role in curating the games they sell. In June 2018 though, Steam announced that they would “allow everything… except for things that we decide are illegal, or straight up trolling”. This served to exacerbate problems the smaller, independent developers already faced. There are many devs who report that Steam does little to earn its 30% cut of the sales. Also, the sheer quantity of games on the platform (both good and bad) means it’s harder than ever to get their games noticed.

Frankly, Steam’s problems are not my concern. However, I do feel for those smaller teams whose games are being lost in the shuffle. Therefore, I endeavoured to find some hidden gems among the morass of miscellanea that is the Steam new releases list. This was a strictly scientific affair; I picked a point in time, then selected the ten most recent releases. I gave no preference to obvious quality (or lack thereof). The only restriction was that they had to be full releases – no demos or early access.

And so, I present the ten selected games in order of release, most recent first. Hold on to your hats, it’s a bit of a roller-coaster…

If BMC Studio sounds familiar, it’s because they achieved minor notoriety a couple of years ago with Kimulator: Fight For Your Destiny. This was memorably eviscerated by Jim Sterling, on account of it being bafflingly awful. The Jekoos isn’t as bad as Kimulator, but then it isn’t really much of anything.

With a run-time which could be generously described as “less than 10 minutes”, The Jekoos is basically a short series of not funny jokes. The idea is that The Jekoos, doodles-come-to-life, are shown in various set-ups with the player deciding the outcome from a couple of options. I’m not 100% convinced it’s actually a game; “interactive animation” would probably be a more apt description. In fairness, the animation itself is quite good. I don’t think I laughed once though. You can play-through it again to try out the other options, but even at this price I felt pretty hard done by.

Another monochrome game! Although, this one is quite good. Awake was originally an entry in Adventure Jam 2016. It was well received and has now been reworked and released as this “definitive edition”. A point-and-click adventure game, Awake is set at an isolated campsite, where a couple are having a romantic getaway. However, it soon becomes apparent that they are not alone…

I’m going to avoid spoilers, but Awake makes the most of its limited scale. It’s a short game, but it tells an interesting story. My first run-through took just over 20 minutes, but it will keep you occupied for longer if you want to solve all of its puzzles. The presentation is to a high standard, with solid audio and visuals. All-in-all, Awake is well worth its asking price.

持猫少女凯蒂/Kaidi, Armed with a Cat

I’ll be honest, I did not have especially high hopes for Kaidi, Armed with a Cat, but I was pleasantly surprised! Kaidi is essentially an endless runner set in “Mewbourne”, a 100% authentic recreation of a typical Australian city. As you skate through town collecting fish, you’ll have to deal with everyday Aussie issues like boxing kangaroos, bin chickens and pooping seagulls. Also, your cat is a gun.

Kaidi, Armed with a Cat is remarkably endearing. It has obviously been made with a lot of love. Extra outfits can be earned, which give different abilities. There are also pictures to unlock, which apparently tell of the developer’s experiences as an international student. A few of the little touches, like the glint in the eye of the ibis birds as they throw garbage at you, add an extra something too. It’s not a game I’m going to put loads of time into, but I found it quite charming.

I had never heard of Morgenshtern, but apparently he’s quite well known in Russia. The vlogger / rapper has a fairly sizeable following there, and as far as I can tell he’s a pretty media-savvy chap. It is then perhaps a little surprising that a game featuring his name and likeness is quite as bad as this one is. Set in a rooftop nightclub paddling pool(?), you’re tasked with fighting a man. If you win that fight then you fight another, identical looking, but slightly tougher man in the same location. And so on.

In short, this is a sack of shite. There are no sound effects, only Morgenshtern tracks playing in the background. The controls feel sluggish, there’s no save function and no pad support. Unusually for a rapper-based fighting game, your character is hugely underpowered compared to the enemies; even the first has double your hit points. I don’t mind hard games, but there is zero incentive to stick with this. The character models look ok, and the developer seems very proud of this as there are two identical copies of Morgenshtern in the corner that just stand there and cheer. I could go on, but I won’t.

Full disclosure – I despise endless runner platform games. I mention this as Escape Velocity is just that. After dying in the same place five times in a row I gave up because I hated it. As such, consider this the equivalent of a “not applicable” in terms of an opinion. It’s free, so maybe try it yourself? The set-up is that you’re hit by a truck at the start of the game and are now reliving your earlier life; mostly by running and jumping.

One thing I would say though is that the end point of at least the first level is called “WaluigiO’s”, which has an upside-down McDonald’s logo. I feel this is probably just asking for trouble…

Find Life is a game made with the best of intentions, by only two people. They designed and built it themselves, which in of itself is worthy of admiration. Unfortunately, Find Life is a bad game, with fundamental issues too numerous to cover comprehensively here. As far as I can make out, you are the commander of a spaceship with a mission to find extra-terrestrial life. You’re revived from stasis (I think) by the ship’s AI, in order to help try and save the life of one of your crew.

The rest of the Find Life’s 30 minute runtime features getting a medical, going to a funeral and then going to bed. Oh, and listening to the AI. Lots of listening. The English language translation is patchy at best, made worse by the fact that the dialogue is clearly voiced by text-to-speech software. You don’t actually do much of anything apart from follow the AI’s orders, which it repeats incessantly until you finish.

Find Life’s saving grace though is that it is unintentionally hilarious. There were points where I was crying with laughter. The dialogue includes some truly ridiculous sentences. The odd mispronunciations and deadpan delivery serve to make it all very funny. Add in some wonky physics and you’ve got some classic “so bad it’s good” entertainment. If you can find the fun in the films of Ed Wood or Tommy Wiseau, then Find Life might be something you’d enjoy.

Nya Nya Nya Girls 2 is a picture sliding puzzle game featuring drawings of mostly naked anime girls. You can solve the puzzles instantly by pressing the H key. I assume it’s aimed at people who don’t know Google image search is a thing.

What’s notable is the extent to which NNNG2 goes to make it clear all the girls featured are over 18. I never realised that age is a concept that could apply to cartoons. Apparently though, child sexualisation is one of the few things Steam still clamps down on (standards!). It’s as reassuring as a “Not Child Pornography” label can be.

Boobs or GTFO is an emotive metaphor for the struggles facing women in the 21st century. Reduced to two-dimensional sex objects, they’re forced to endlessly deal with arbitrary obstacles while trying not to get jabbed by an unwanted penis. I applaud the developer for producing such a powerful piece of social commentary.

Mola Mola is a picture sliding puzzle game featuring drawings of mostly naked anime girls. You can solve the puzzles instantly by pressing the E key. I assume it’s aimed at people who don’t know Google image search is a thing.

What’s notable is the extent to which Mola Mola goes to make it clear all the girls featured are over 18. I never realised that age is a concept that could apply to cartoons. Apparently though, child sexualisation is one of the few things Steam still clamps down on (hooray!). Still as reassuring as a “Not Child Pornography” label can be. [Ed: Hold on, didn’t you just say all this? …Oh wait, I see what you’re doing, ignore me! Very clever, you can use the chaise longue for ten minutes.]

Back to the good stuff! Chromatic Aberration is effectively a love letter to Doom (1993) era shooters. Set in an 80’s-style future city, you get drafted into the resistance against AI controlled cyber-soldiers who roam the streets. This quickly leads to the kind of frantic just-keep-moving gunplay that anyone who has played those older titles will be familiar with.

Enemies explode with groans and gore when they’re gunned down. The weapons blam and blat in a satisfying manner. The music is original, but feels very much of the time Chromatic Aberration seeks to emulate. There’s some extra tweaks and flourishes to play around with too, like a “VHS filter” which makes it look as though the game is being played back from an old tape. It’s all pretty impressive, especially as this is two years’ work by largely one person, with one other providing the music. In truth, you’ve likely played something like this before. However, if it’s a genre you enjoy then you should definitely check Chromatic Aberration out.

In summary then, quite a mixed bag. I’d say just over half the above are objectively bad. However, it was definitely a worthwhile exercise. I ended up playing some good games I would otherwise have missed entirely. Awake and Chromatic Aberration are certainly worth giving a go, and Find Life was undoubtedly a unique experience. It’s a shame it took quite so much effort to find them though. Even getting a basic list of all new releases, unaffected by preference filters, required some faffing about. That said, it’s little work compared to the months and years some of these devs spent on their games. If you’ve come across any smaller games worth shouting about, then please feel free to do just that in the comments below!