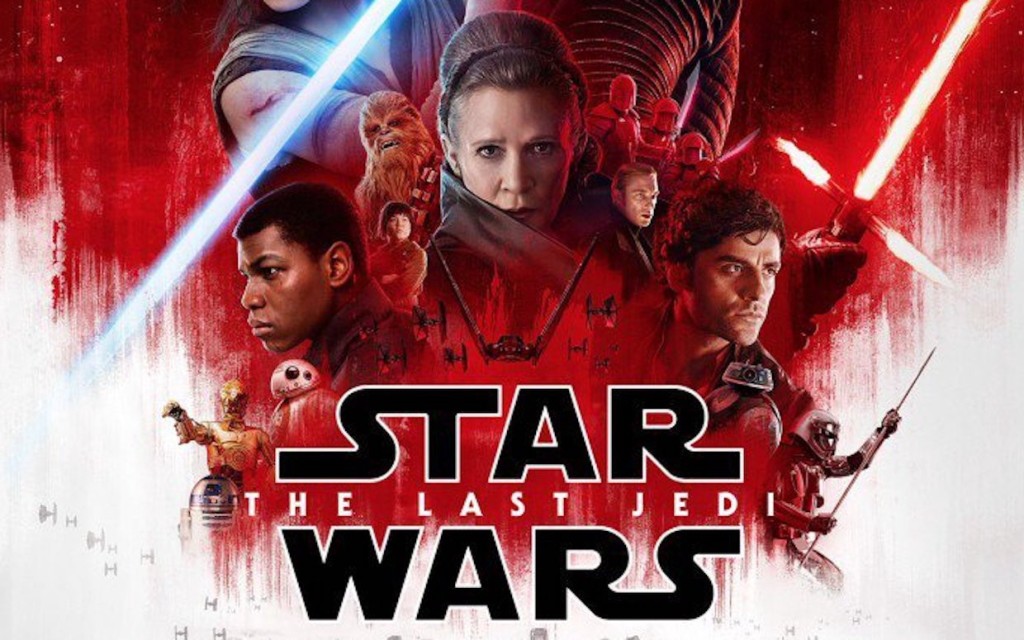 I was initially worried about The Last Jedi being helmed by Rian Johnson, the director of Brick and Looper, two movies I really didn’t like very much. But damn, what a ride that film was. It subverted my expectations at every turn, so full of twists and spectacle that my head was spinning by the time I left the cinema.

I won’t get into too much detail about why it’s so great here, but if you want to know what makes it so special, have a listen to this podcast Ian and I recorded for 101 Films You Should Have Seen… Probably.

Still, I did worry that the film might not hold up to repeated viewings. Perhaps in my excitement at seeing a new Star Wars movie, I wilfully ignored the film’s failings. But after watching it again last night, I can confirm that The Last Jedi is still brilliant.

Sure, there are a few things I’m not quite sure about. The casting of Adrian Edmondson as a First Order general is amusing, but still feels a bit off. Even now I keep expecting him to produce a frying pan and whack General Hux over the head with it, a la Bottom. And Leia’s space flight still feels a little silly, even if it’s a fantastic twist.

But one thing that really stood out on a second viewing was just how funny the film is. That bit where Kylo Ren force pushes Hux in the shuttle, followed by a deadpan ‘Right away, sir’ from the shuttle pilot is comedic genius. And in fact, the general use of Hux as a fall guy throughout the film just makes me smile.

And that throne room scene! Man, it’s so good (and even better when soundtracked by Led Zeppelin, as in the vid below). Plus Holdo’s lightspeed suicide mission might very well be the greatest spectacle (and redemption) in the Star Wars canon. Not to mention the magnificent scenes on Krait.

“But none of this has anything to do with video games!” I hear you cry. Well, the thing is, after watching The Last Jedi again, I was all ready to leap into a game to relive the scenes from the film. But, the problem is, there aren’t any games.

Well, that’s not strictly true. There’s Star Wars Battlefront I and II, but I really dislike multiplayer shooters – and even then, they’re only vaguely related to the movie. Other than that, there’s a possible new Lego Star Wars game in the works, and then we have the emo-tastic Fallen Order coming later in the year with its generic video-game protagonist. But none of these are The Last Jedi: The Game.

Where are all my Star Wars games? Why is it that I can buy a battery-operated Porg but I can’t play a game based on one of the biggest-grossing movies of all time?

[Shakes first in air] Aaaaargh, EA, sort it out!