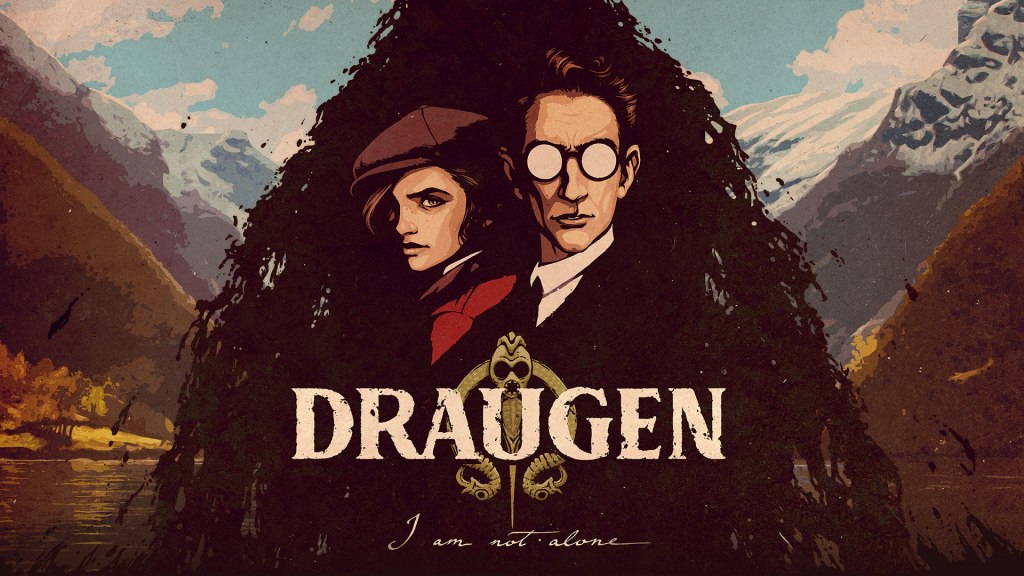 I can’t stop thinking about Draugen, the latest game from Dreamfall Chapters developer Red Thread. I finished it a few days ago, but its mysteries are still lingering in my mind. I keep trying to piece together exactly what happened and provide some context for what I experienced. The game’s capacity to remain lodged in my brain long after it’s over is probably recommendation enough.

But it’s also GORGEOUS. I mean, just drink in the screenshots littered over this page and see for yourself. Draugen serves up a beautifully realised Norwegian village from the 1920s, nestled among snow-capped mountains. It immediately made me wish I lived alongside a fjord. Seriously, as an advert for Norway, this game is unparalleled. As long as you ignore all the mysterious deaths, of course. More on that in a minute.

Draugen starts with a chap called Edward rowing up to the village of Graavik along with his 17-year-old ward Alice, or Lissie. The pair have sailed over from Massachusetts in search of Edward’s missing sister, Betty, who said she was heading to Graavik several months previously but hasn’t been heard from since. The chemistry between Lissie and Edward is immediately compelling: where Edward is cautious, Lissie is adventurous, and while Edward is more of an introvert, Lissie is an exuberant extrovert, joyously performing handstands and racing up hills. It’s a great dynamic, topped off with Lissie’s charming 1920s phrases, like constantly referring to Edward as ‘old sport’.

The game itself is ostensibly quite similar to Firewatch, although here Lissie is a constant companion that alleviates some of the feeling of loneliness. The protagonists find that Graavik is deserted upon their arrival, and the rest of the game sees them trying to unravel exactly what happened in the strange town, as well as finding the whereabouts of Betty.

To say any more than this would be to spoil the game, but suffice to say it takes some unexpected turns, and in true David Lynch style, many of the mysteries are left unsolved. If you like to have meaning served up to you on a plate, you might end this game feeling frustrated – but personally, I like the way it presents the player with a range of possibilities and leaves you to decide what fits.

The only real criticism I have is Draugen‘s svelte running time. I thoroughly enjoyed my exploration of Graavik, but it was all over within around three hours, with little reason to return. The game’s price was still TBA at the time of writing, so you’ll have to decide for yourself whether it offers value for money. All I can say is that I thoroughly recommend a wander around Norway in the company of Edward and Lissie.

Draugen was developed by Red Thread Games and is available on Steam and GOG, with PS4 and Xbox One versions to follow later. We reviewed the Steam version.

Disclosure statement: review code for Draugen was provided by Evolve PR. A Most Agreeable Pastime operates as an independent site, and all opinions expressed are those of the author.