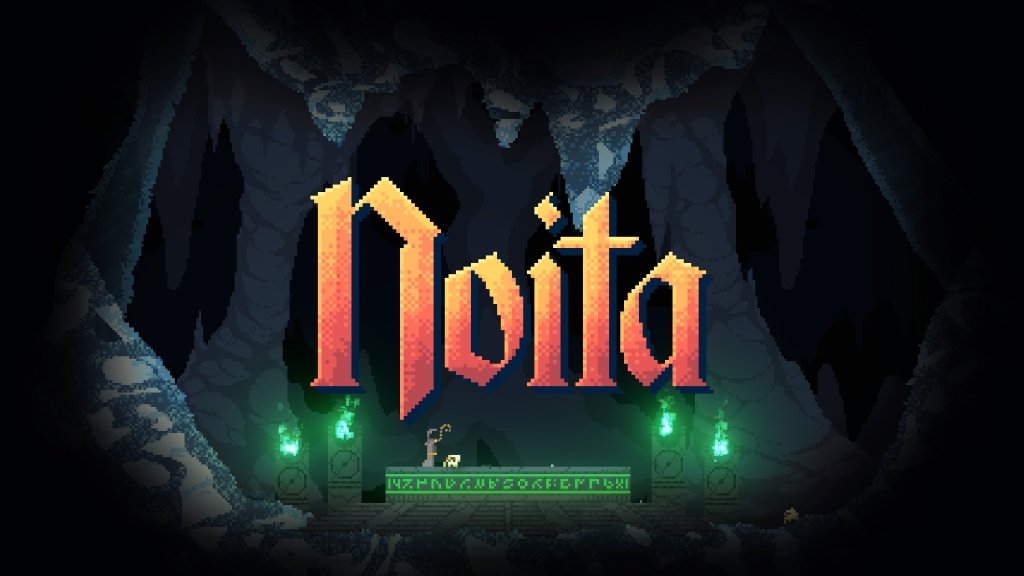 I’ve been keeping a close eye on Noita for a long while, inspired by the crazy GIFs that developer Nolla Games regularly posts on Twitter. Like this one:

The idea of this rogue-like is that every single pixel is simulated, so you can end up in ludicrous domino situations where, for example, a shot from your wand can ignite some grass, which sets light to a cloud of flammable gas, which in turn sets light to enemies, who then run around setting other things alight. Basically, the world of Noita is extremely dangerous, and also hilarious.

For example, you can electrocute a school of fish.

Or melt through everything with a wand that shoots acid (accidentally killing yourself in the process).

Or just kick bits of sand about for fun.

After years of development, Noita is finally out in Early Access today at 17.00 CEST on Steam, Humble Store, itch.io and GOG, and costs $17.99. I had a quick go on it earlier, and it’s great to finally be able to play this madcap game – going underground in a video game has never felt so dangerous.

Above is a selection of screenshots from my first half hour with Noita. After a few self-maiming mishaps with my bomb-chucking wand, I opted to proceed cautiously, zapping enemies from a considerable distance whenever I could. But even then, it’s almost impossible to plan for the mayhem that can ensue – like when a baddie lobbed a bomb at me that I managed to dodge, but it caused a crack in the ceiling that dumped a lake’s worth of toxic sludge on my head.

In short, it’s very silly, and very fun. Check out the launch trailer below.

Disclosure statement: review code for Noita was provided by Nolla Games. A Most Agreeable Pastime operates as an independent site, and all opinions expressed are those of the author.