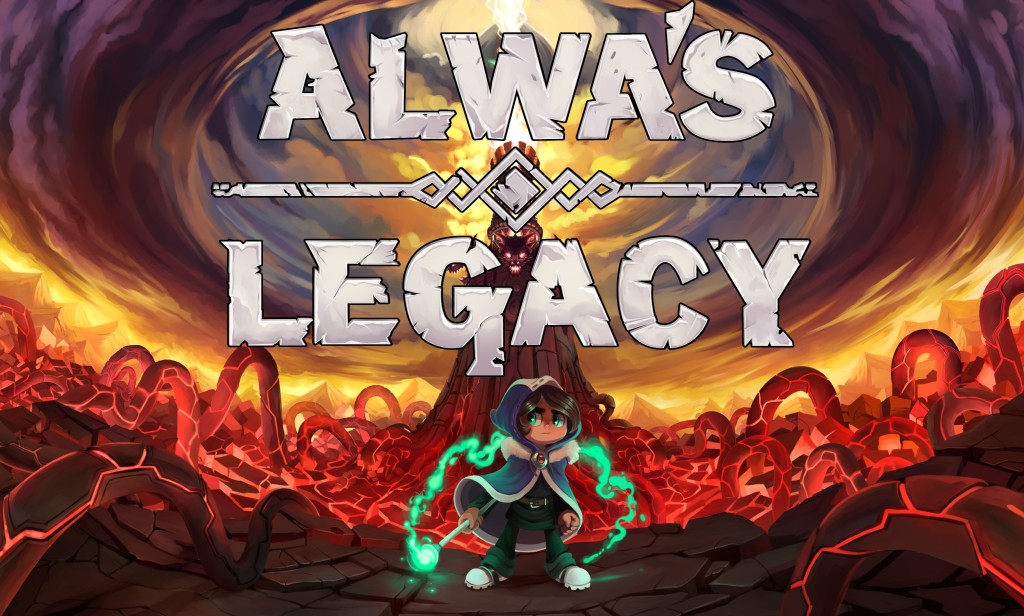 I don’t want to say I was dismissive about Awakening when it first came out, but it definitely flew under my radar. At some point shortly after its release, I vaguely remember the developer, Elden Pixels, wondering via a tweet whether anybody would be willing to review their game to get the word out, and I totally bit (you can find my review right here). I know that independent development is a tough row to hoe, so I felt for their plight. I liked exploratory platformers, and the art style evoked classic 8-bit, so I figured why the hell not?

What I got was a rare moment of unbridled discovery: there was something truly special about this game. Alwa’s Awakening didn’t just look like those under-the-radar NES classics, it played like them, too! I was reminded of stuff like Castlevania II: Simon’s Quest, Faxanadu and Legacy of the Wizard – titles that aren’t necessarily the first to be talked about in discussions of classic games, but ones that hold a special place in my heart. Alwa’s Awakening struck a brilliant balance between helping the player find their way through the mystical land of Alwa while leaving enough secrets that you’d often want to peel away from the well-trodden path.

What does any of that have to do with Alwa’s Legacy, beyond the fact that it’s a canonical sequel? Well, everything. Going in I was curious about whether Elden Pixels could make lighting strike twice. I wouldn’t be looking at this game through the same lens of nostalgia; it had to live up to its own newly minted legacy.

Alwa’s Legacy picks up right after Awakening ends; heroine Zoe finds herself blasted out of the 8-bit land of Alwa into a new, 16-bit version. And amnesia. You know how it goes. Like a lot of Super NES sequels, Alwa’s Legacy does a brilliant job of bringing plenty of familiarity to those of us who’ve played the first game, but it ups the ante in terms of presentation and mechanical execution. Everything feels slicker, prettier and faster. While a lot of her powers have translated from game to game, Zoe now moves much more quickly in a way that feels natural. Awakening felt methodical in its approach to platforming, whereas Legacy feels like it leaves itself open to more improvisation.

Likewise, the world of Alwa this time around is varied and colorful in a way that the first game never was. That’s not to say Alwa in Awakening looked bad in any way: I appreciate the way it thematically stuck to a more gothic visual style. It’s just that when you move to new areas in Legacy, the difference is stark and noticeable.

Even though there is an inherent familiarity when it comes to Zoe’s move set, Elden Pixels has managed to craft loads of new and unique puzzles thanks to new enemies or environmental hazards. During my journey to the first temple, I saw what I had to do, namely pushing the block I could summon onto a button to open a gate, but I couldn’t quite suss out how to get it on there. After a bit of fiddling, I let a shielded enemy come at me, and they pushed it across the screen to where I needed it to go. And the game never let up from that ingenious beginning. New tools can be fun, but being introduced to new concepts that force you to rethink your current kit is supremely satisfying.

The only bad thing I can really come up with to say about Alwa’s Legacy is that it felt too short; a true sign of greatness if ever there was one. Once the dust settles, I might end up thinking that its length is actually where it needed to be, but then again I gorged myself on the game and played it in much larger chunks than I think most people would. Considering I’ve replayed Awakening a few times now, I’m sure I’ll go back to Legacy, if only to reminisce or at the very least find a few more trinkets I missed the first time around. Alwa’s Legacy truly lives up to its own legacy, and manages to be one of the best exploratory platformers out there.

Alwa’s Legacy was developed by Elden Pixels, and it’s available on PC and Switch. We played the Switch version.

Disclosure statement: review code for Alwa’s Legacy was provided by Plan of Attack. A Most Agreeable Pastime operates as an independent site, and all opinions expressed are those of the author.