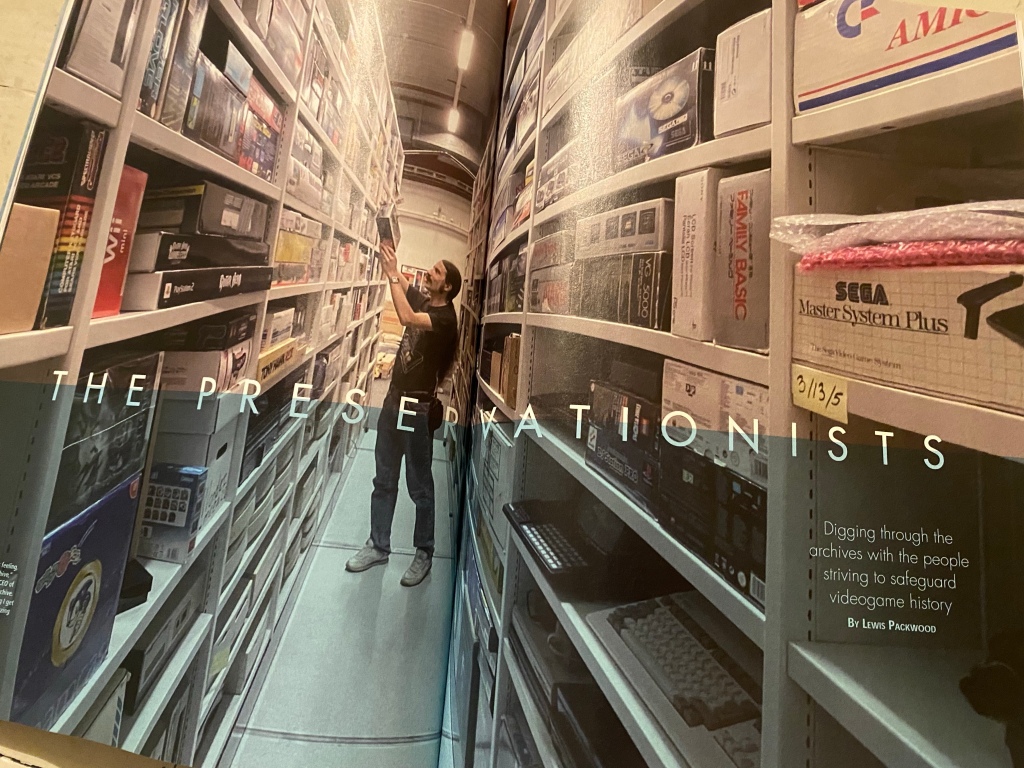 A couple of months back, the editor of EDGE magazine asked me to write something about the current state of game preservation. That feature – The Preservationists – has now just appeared in issue 377, and it was one of the trickiest things I’ve ever had to write.

That’s mostly down to me, though. I wanted to provide a thorough overview of the state of game preservation across the world rather than just in, say, the UK. That meant talking to a wide variety of groups across the US, Europe and Japan, including the Software Preservation Society, the UK National Videogame Museum, the Strong Museum of Play, the Game Preservation Society in Tokyo, the Video Game History Foundation and the Embracer Games Archive – which is a lot to pack into one feature. Talk about making things difficult for yourself. I ended up with nearly eight hours of recorded interviews, plus a huge body of e-mails and research, and it was an almost an impossible task to sieve through all that information and pick out just a few choice nuggets. Even though the article ended up being ten pages long, I still had to boil down hour-long interviews into just one or two paragraphs.

I’m pleased with how it turned out, though. I think it highlights just how diligently people are working to preserve gaming history – and also how this job has mostly fallen to volunteers and non-profit organisations. It would be heartening to see the games industry itself take more of a lead when it comes to preservation. Embracer is doing that in a way with its games archive, but that’s just one company – I’d like to see the industry pool its resources and set up its own preservation initiative, in a similar way to how the Entertainment Software Association was created in the 1990s. At the very least, companies – and especially the big publishers and platform holders – should be financially supporting the societies and museums that are caring for their old games.

If you’d like to read the article for yourself, it’s in EDGE issue 377, and you can buy a single issue using this link.