Pokémon SoulSilver has been driving me to madness. I’ve just failed in my fourth attempt to beat Lance, the Champion of the Johto region, and I’m now officially giving up. After 45 hours of playing time (I know, 45 hours, I could have built a small boat in that time), I realised I’m still only halfway through the game, and I just don’t have the will to carry on.

It all started off happily enough. There’s a reason that the Pokémon games are so successful, and that’s because they’re so goddamn addictive and well made. There’s always that feeling that there’s something new around the corner – a new town to see or a new monster to fight – and it has that ‘just one more go’ factor in spades.

When I started the game, I told myself I wasn’t going to get sucked in by the whole ‘gotta catch ’em all’ mentality: instead I would play through to the end as linearly as possible, without traipsing in circles through the long grass in an attempt to collect as many Pokémon as I could. But the damn game just sucks you in by throwing new and interesting monsters in your path at every turn, and suddenly you’re thinking, ‘Oooh, I definitely want that one, maybe if I just hang out in this cave long enough, it’ll pop up again…’, and before you know it, you’ve spent an hour wandering around in circles.

It is fun though – the battles with newly encountered wild Pokémon require a surprising amount of strategy as you gradually work out their weaknesses and carefully whittle down their energy until they’re weak enough to be caught. And the elation at capturing a new Pokémon after a hard fought battle! As I said, there’s a reason these games are so successful.

But the trouble is, there’s really very little to differentiate one Pokémon game from another. Don’t get me wrong, I very much enjoyed Pokémon SoulSilver (or at least the first three quarters of it, more on that in a minute), but there’s very little to differentiate this from the only other Pokémon game I’ve played, Pokémon Ruby. I suppose you could argue that ‘if it ain’t broke, don’t fix it’, but I couldn’t help the feeling that I’ve already played this same game before.

And while I’m moaning, I have to say that the absolute weakest part of the game is the story, or rather, the lack of it. Aside from an anaemic subplot involving the nefarious Team Rocket, there’s really no story whatsoever, presumably with the idea that collecting new Pokémon and levelling up your existing Pokémon is motivation enough to continue playing. Which it is for the most part, until you hit the grind wall…

For most of the game, I found it easy enough to get through all the various gym challenges in each city, only having to actually retry a challenge battle once or twice. Then you hit the Pokémon League at the end of the Johto region, and the gentle difficulty curve suddenly becomes a difficulty cliff. The League forces you to fight 5 intense battles in a row, and it quickly became apparent that my Pokémon were nowhere near strong enough. After my first failure, I dutifully went back into the fields and caves of Johto and sought out as many random battles as I could in an effort to raise the levels of my team. After an hour or so of grinding, I felt I was ready to face the League once more. I wasn’t.

On my fourth attempt, and my fourth failure, I was so hacked off with the whole thing I switched off the 3DS in disgust and vowed never to play the game again.

I know that after the League there’s a whole new region to explore that’s just as big as the first, but the thought of grinding my way through Kanto for another 45 hours just makes my heart sink. Less grinding, more fun please. 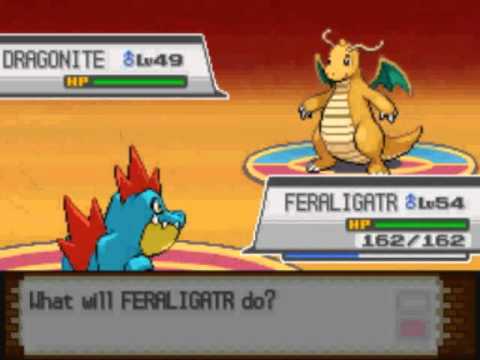