I seem to always be way behind when it comes to the Pokémon franchise. The original games, Pokémon Red and Blue, passed me by on their European release in 1999 – I think at the time I dismissed them as being ‘for kids’ (I was at university at the time). But by the time Pokémon Ruby had come out for the Game Boy Advance in 2003, I’d gotten over myself somewhat. Yes the series is primarily aimed at children, but the mechanics underneath are far from childish – there’s a robust and complicated battling system here that can take years to learn and master. It’s like watching Toy Story – enjoyable for kids, but there’s a lot thrown in there for adults to like, too.

I picked up Ruby a while after its release, and it made me finally realise that all the fuss is about. The compulsion to hunt and capture the hundreds of pocket monsters is strong, the battles are a strategic masterclass and the aesthetic has a simplistic beauty. I was hooked. I spent many hours hunting through the long grass in an attempt to find the rarest Pokémon, and I happily explored the huge game world laid out before me.

But by the end I’d started to run out of steam. The final Elite battles are arduous affairs, several times more difficult than anything I’d faced previously in the game, so they required a lot of tedious grinding to enable my Pokémon to compete. One of the series’ flaws is that if you want to change up your main team, then training a new Pokémon can take absolutely forever, which limits your ability and will to experiment with different line ups. As such, you’re more than likely to stick with the same old Pokémon squad for the whole game, which can get a little dull.

Also, the plot is practically non-existent. You’re given a Pokémon by some professor and head off to… well I’m not sure why you head off. It involves rogue Pokémon trainers or something, although to be fair, surely all Pokémon trainers are a bit rogue – the Pokémon games are essentially cock fighting but without the gambling.

Skip forward a few years, and I picked up Pokémon SoulSilver for the DS a long time after its release (review here). In many ways it was very similar to Ruby, just with different Pokémon and better graphics. It had the same strengths and the same tiresome flaws. The Elite battles were a similarly epic slog – so much so that I stopped playing the game after I’d finished the last one, even though the whole region from Red and Blue opens up after you complete the game. I’d had enough.

Which brings me on to Pokémon X, the third Pokémon game I’ve played (again, a long time after its release) and one of the two entries in the sixth (sixth!) generation of Pokémon games (not including all the remakes and spin offs). And it’s the same. It’s the same game again. You could basically copy my review of SoulSilver and paste it here instead.

It did begin to grab me an hour or two in – the mega evolutions are a nice touch, even if they’re not used enough, and the old compulsion to “catch ’em all” is still there, although diminished with time. Crucially, there are simply far too many of the blighters now, so that catching them all is in no way a realistic prospect, unlike when there were just 150 or so of the damn things – an achievable target.

Also, a lot of the new ones are frankly crap. A floating set of keys? Come on. 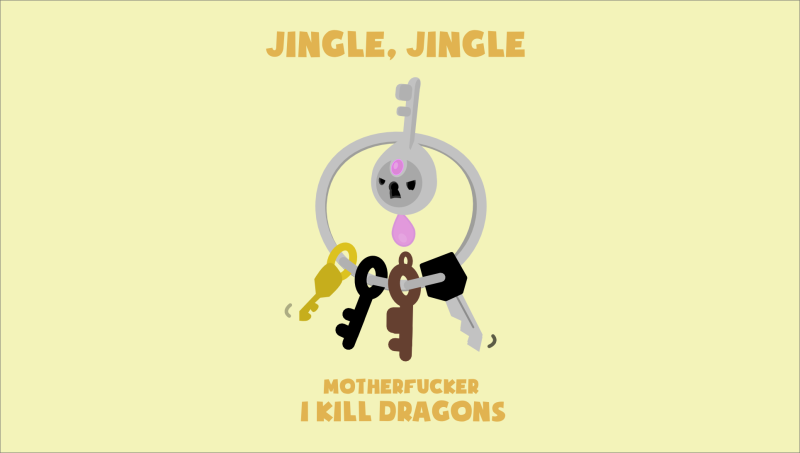 Towards the end of the game, not long after I’d captured a Pokémon reindeer that looks suspiciously like the forest spirit in Princess Mononoke, I just gave up the will to carry on. The wafer-thin ‘plot’ was sending me to sleep (just because a game is for kids doesn’t mean the story has to be simplified to the point of stupidity), and I was aware that the Elite battles were no doubt coming up, which in turn would mean possibly hours of grinding. The same old things I’d done twice before.

I ejected the cartridge and sold the game the same day.

I remember reading somewhere that Japanese games tend to champion iteration over innovation when it comes to sequels. There’s some unwritten rule that Japanese audiences enjoy the familiar but with tweaks to the formula, which is why there are more than a dozen broadly similar Dynasty Warriors games and why every other JRPG seems to start with a destroyed village. I don’t know how true this statement actually is, but it explains why the Pokémon games have barely changed since their inception – and why they are unlikely to change in the future.

But until there’s some serious innovation in the series, a brave reboot that addresses the series’ flaws and gives a serious boost to the simplistic story and characters, then I’m out.