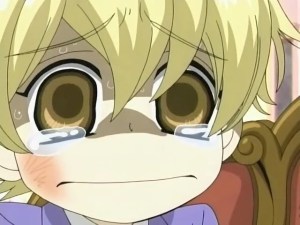 It is time to cry me a river.  I have a whole lot of friends that play sports games almost exclusively.  But it’s not fair in the slightest to consider these guys ‘non-core’ gamers (whatever that means) because I am talking about people I grew up with playing Adventure games in the 80’s, First Person Shooters in the 90’s and RPGs in the early 2000’s.  They are serious, knowledgeable videogame fans.

But something changed as soon as we grew up, got girlfriends and started working on our careers.  They all moved away from narrative experiences to games with legs.  Racing games like Gran Turismo and football games like FIFA and Madden started to dominate their time.  The difference has always been that I’ve been left behind trying to play all and sundry.  And spending a lot of money doing it.  Somewhere along the way though I realised that I wasn’t having fun anymore.

It all became a chore.  Scurrying to play a game because I felt I had to.  Because the Podcasts were telling me that that game “x” was the greatest thing since Half Life.  But not because I was dying to play something.  Similarly I was making my way through games just to get through to the next one on the pile, in some ways just wishing it would end so I could move on.  Sometimes I’d even go as far as to search out walkthroughs just to see how far through the game I was.   I wasn’t that the games were bad, I was just playing for the wrong reasons.  The worst part is it has been like this for the better part of the last decade.

All the while I watched these people dedicating their time to a handful of games, usually FIFA, having the time of their life.  And then something happened.  I bought the latest NHL game.  169 virtual games of ice-hockey later I am still not even giving thought to the next game I play.  And it is entirely liberating.

I finally understand what it is that draws people to buying a new version of these games every year, and usually only play these games for that entire 12 months.  Take EA Sports’ NHL series for example, my 169 games has been through one ordinary season, and one year of taking a wanna-be pro through the CHL with the hopes of reaching the NHL.  To put that into some perspective, that is probably 60 odd hours into the game and I have barely scratched the surface.  I could probably play this game exclusively for the next 8 months until NHL 14 is released and be content.There is a reason that EA Sports’ franchises consistently rank in the top 10 for sales each year.

The only non-sports related game I have played in the last 12 months I could say that for is X-COM: Enemy Unknown.

Call it a structural change, or just me getting older, but I am starting to reconsider my gaming habits.  No – I’m not giving the finger to narrative based games, or other genres for that matter.  But what I am considering is how many games I play and buy for that matter, because the fact of the matter is I am nearly thirty, I have a career, a girlfriend and financial obligations.  And the prominent place that ALL OF THE video games have always played in my life may not exist anymore.   It is a sad revelation, but a worthwhile one, to realise that I was absolutely at the mercy of the games industry.  Ironic then that the company voted one of the worst in the world, and synonymous with the word ‘exploitation’, has been the one to make me realise that.