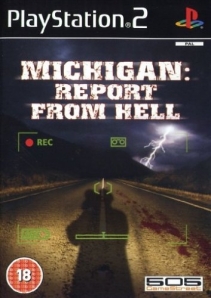 Michigan: Report from Hell is the worst good game of all time.  Wait you say, don’t you mean best worst game?  No, I don’t and let me explain why.  Michigan is full of far too many good ideas executed brilliantly for it to be a steaming pile of excrement.  By the same token though, it has too many flaws that hold it back from being a great, arguably even playable, game.  After a week playing the game I took to twitter in an attempt to describe my feelings on the game – poorly I will admit, because all I could come up with was “Michigan: Report from Hell is like a less accidentally intelligent and more intentionally shit version of Deadly Premonition“.  People that love Deadly Premonition should at a minimum appreciate what developer Grasshopper Manufacture did in creating Michigan: Report from Hell.  But throughout the entire experience I couldn’t help but feel that the game’s designers, including Suda 51 to the extent that he was involved, were fully aware of the game’s limitations, and embraced them fully to create a commentary on the absurdity of survival horror – and perhaps video games as a whole – and how they are as genres and mediums slaves to a small number of all to familiar tropes.  The perfect highs and bottoming lows are too perfect to be accidents – Michigan is the perfect cult game in that people that love it, will defend it to the death.  But for anyone else the barriers to enjoyment are so high you’ll want to rip your own face off before getting any sense of enjoyment from the game.

For every thing Michigan does well, it does something abhorrently.  Getting through the game requires persistence and strong will.  There will be times where it feels like a chore and  throwing the PS2 controller, the PS2 and the disc seems like the best thing to do.  Push through that wall because on the other side is a refreshing, if antiquated, ‘horror’ experience full of deep meaning and social commentary.  Michigan is unashamedly an adult game.  Whether the designers intended it or not, Michigan presents a stark commentary on the role of the media, sex, gender roles and most importantly the role that video games have in discussing all of these themes.  It is game that is as confronting as it is ridiculous, but one that definitely strives to be more than just ‘that scary game’.

The premise of Michigan isn’t a unique one, Chicago is besieged by fog, faceless monsters, dead bodies, blood stained walls.  Standard survival horror fare.  But the way it inserts you into that story and environment is splendidly original.  Rather than playing the gun-toting every-man who has found himself in a less-than-perfect situation, you play the guy filming that guy.  You are the cameraman that is part of a ZaKA TV news crew looking for a ratings inducing scoop along a trail of dead bodies, filming the city of Chicago unravel from behind the lens.  It wouldn’t be a far stretch to say that you are a bystander rather than a participant.  And it makes for a rather compelling experience as you make decisions as to what kind of story you want to tell: the honest story of a brave man looking out for his team; or the story of a man who would stand idly and sacrifice peoples’ lives for the sake of a scoop.  Once you get to the end you will wonder why more games haven’t stolen the better of Michigan’s game design ideas and taken them for their own. 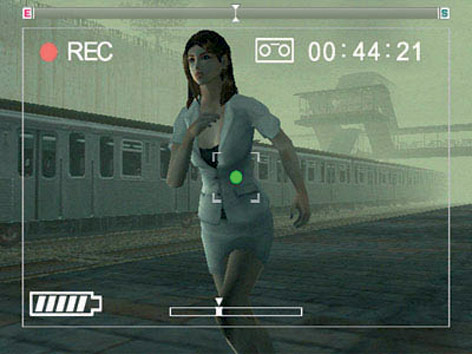 These decisions are woven perfectly, and fundamentally, into the game’s core mechanics.  You choose what to film and where.  Who to save and who to let die and film their grissly end. When to pursue a more risque, erotic shot up a reporters skirt, or just simply focus on their face.  These decisions are captured by scoring in one of three categories depending on what you film – Suspense, Erotica or Immoral.  All of these decisions, while not tending to have an instantaneous impact on the game you’re playing, shape the ending you will receive.  It is a rather good example of how Michigan, despite its overly budget feel, its horrible english dialogue, its terrible graphics and its poorly written scenario, really was ahead of its time.  It doesn’t compel you to take a moral stance by presenting you with a binary decision point, but with almost every action you are determining  the type of character you are, and perhaps provide you a reflection of the type of person you are in real life.

Honestly though, Michigan: Report from Hell is an essential video game experience.  Not because it is haunting or clever.  And it doesn’t score marks in the graphics, sound design or control departments.  But it is a game that can be discussed, pulled apart and hypothesised on endlessly.  It is the sort of game that begs to be understood but never really leaves itself open to interpretation.  Every sense of wonder you get playing the game is marred by frustration, largely around the game itself.  It is the antithesis of modern thinking on what good game design is, but somehow manages to be one of the most compelling and thought provoking games I have played.  Michigan: Report From Hell isn’t fun to play, but after playing it I’m not sure that’s what it was aiming for.

Of course I could be imagining the depth and it could just be a terrible, terrible game. 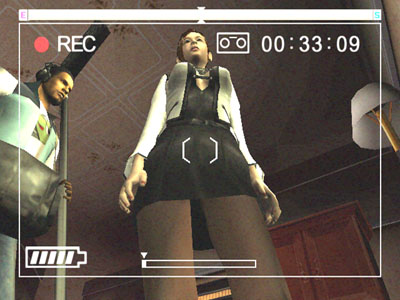