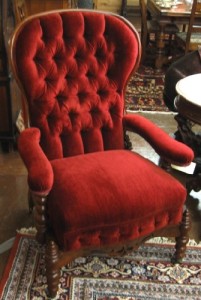 Well, what an exciting week it’s been in the world o’ gaming. For a start it’s been an absolute rollercoaster ride for Nintendo: first they announced another loss on the back of dismal Wii U sales, then everyone got excited about the reveal of Skylanders-style figurines based on Mario and his ilk, then it all went horribly tits up when Nintendo of America decided to retreat into the 1970s in regards to gay relationships in Tomodachi Life (a story that even made BBC News, and which I intend to explore a bit further in a later post) and, finally, the company ended the week with a bit of good news thanks to the ecstatic reviews of Mario Kart 8 (which even got a rare perfect 10 from Eurogamer). Phew, what a time to be alive.

But despite all of the excitement in the Nintendo camp, it’s been overshadowed by Microsoft’s momentous decision to ditch Kinect for Xbox One. Only a few weeks ago, Microsoft executives had been doggedly insisting that Kinect was an ‘integral’ part of Xbox One. It turns out that when they said ‘integral’, they actually meant ‘disposable’.

It’s probably a good decision to ditch the unloved peripheral. Kinect has been around for four years now, but the initial excitement around it died off almost immediately – rapid sales gave way to general apathy within a short while, and in its four years of existence, no-one seems to have come up with a way of taking full advantage of its motion-tracking abilities. The idea of including Kinect with every Xbox One was good on paper, since it meant that game designers were more likely to build its functionality into their games, and it also acted as a key differentiator that set the Xbox One apart from its rivals. But now we’re well into the first year of the console’s life, and the Kinect-enabled games released so far range from the rubbish to the utterly abysmal; even worse, there’s no sign of any decent Kinect-powered games on the horizon. It’s hard not see Kinect as an expensive white elephant rather than the key distinguisher Microsoft hoped it would be.

Some defended the system on the basis that Kinect voice commands make it easy to navigate the Xbox One menu system. But others point out that just designing a less-confusing operating system in the first place would negate the need to use Kinect when navigating it. And is it really worth diverting 10% of the Xbox One’s graphical power to running Kinect when that juice could be used to make prettier games?

But Kinect is likely to come into its own when it comes to VR. Microsoft have been quiet on possible VR developments, but I suspect they might unveil something along these lines at the upcoming E3 conference. If they do reveal a VR peripheral, Kinect will be a key part of it. Although as I’ve said before, VR is only likely to appeal to a limited set of gamers, so it’s the right decision to make Kinect optional rather than compulsory, if only to bring down the eye-watering price of Xbox One.

It’s tempting to draw comparisons between Nintendo and Microsoft when it comes to expensive peripherals. The Wii U’s gamepad adds considerably to the cost of the console and, like Kinect, it’s been poorly implemented into most games (although unlike Kinect, it’s also had its triumphs). Indeed, it might be in Nintendo’s interest to release a Wii U without the gamepad in order to reduce the cost and improve flagging sales. But whereas I feel sorry for Nintendo’s financial plight, I struggle to feel anything but cynicism towards Microsoft: the initial reveal of an always-online, secondhand-game-restricted, TV-focused Xbox One smacked of misguided intentions at best and bare-faced greed at worst. And the ever-watching Kinect eye was a terrifying concept from the start.

Perhaps the key difference between Nintendo and Microsoft is one of trust. Microsoft has steadily eroded my trust through a litany of poor decisions, from charging me to watch Netflix on Xbox 360 to unleashing Windows 8 on an unsuspecting world. When Nintendo struggled to produce enough games for the Wii U, Nintendo president Satoru Iwata publicly apologised. When Microsoft back-tracked on yet another design decision by removing Kinect, they fired up the obfuscating PR cannon yet again to bombard us with marketing bumpf. And let’s not even get started on #dealwithit.

I trust Nintendo. But I wouldn’t leave my family alone in a room with Microsoft.