I am the no one that buys Call of Duty for the single player campaign.  Call me part of the problem but I buy every Call of Duty game – and more recently Battlefield game – without exception.  While people lament the lack of changes to the perk system and the recycling of old maps I, like millions of other imbeciles, rush out to retailers and plonk their cool hard cash down on the counter.  “The newest game where I shoot many people please”.

But unlike everyone else that buys these games I don’t touch the multiplayer.  At all.  I appreciate and admire the intricate design and balance of these brilliant multiplayer shoot-fests, I find absolutely no fun in being either shot to death by swearing pre pubescents, or when I am winning, being told that I’m cheating because I’m using a weapon that is deemed to be ‘unbalanced’.  I am more than happy to accept that these parts of the games appeal to people that aren’t me.

The single-player campaigns though, those are things of beauty.  I’ll admit that they’re iterative, if not by numbers.  But they are spectacles like almost nothing else in video games.  Sure, they don’t have the scope or ambition of their open-world competition, but from my perspective they don’t need to when they execute on what they do so brilliantly.  While there are a number of reasons why I play games, my relationship with both Call of Duty and Battlefield campaigns are the closest I get to playing games simply for their escapism.  They may offer nothing in the way of cerebral challenge, or even sometimes narrative cohesion, but what they lack in those areas they more than make up for in pure thrills and immersion.  Battlefield 3 may not have been the greatest war story ever told, but the ride to its climax was a one that isn’t easily forgotten.  Needless to say, taking down a Russian jet fighter as it strafes your unit’s position ranks pretty highly in the memorable set pieces stakes.

With production values so high, and ambition in the immersion stakes so blue-sky, I personally find it hard to level criticism at the teams responsible for the roller coaster ride that is the modern shooter campaign. I find it perverse, not necessarily that Call of Duty and Battlefield campaigns are criticised per se, but more on the grounds on which they are.  Words like “linear”, “rote” and “predictable” are commonly used to describe the design of the admittedly short campaigns that developers allegedly shoehorn into games that – if you ask the internet – are primarily aimed at the online crowd.  But strangely, despite clearly not being the main sell-point for these games, it is the single-player motifs that define the publishers’ marketing regimes and the theme and feel of the game more broadly.  It is this strange paradox that the developers of these games find themselves in with games that focus so heavily on multiplayer being defined by aspects of their game that many people will ignore and never play.  In some ways while not as relevant as it once was, the campaigns in these games – Call of Duty particularly – is largely a legacy of the time where Call of Duty campaigns were king.  It is a legacy that the developers either can’t, or perhaps can’t afford to, shake.

And in terms of narrative and choreography, both of these behemoth series’ have revolutionised how games have made the transition to a more cinematic age.  While Battlefield’s sojourn into single-player action is a relatively new thing, it is easy to forget that Call of Duty made its name fighting artificial intelligence on the battlefields of World War II.  Ignoring Call of Duty: Finest Hour for a moment, it is Call of Duty 2 on the Xbox 360 where the series really hit its stride, wowing gamers the world over with its great graphics and amazing set pieces.  And where that game started, Call of Duty 4: Modern Warfare really finished the fight, really cementing the series’ place in the history books with its gripping tale of global terror and its depiction of the human side of modern conflict.  It wasn’t pulitzer prize winning stuff, but it was a revolution in the way it put players into the shoes of a hollywood-style modern super soldier. 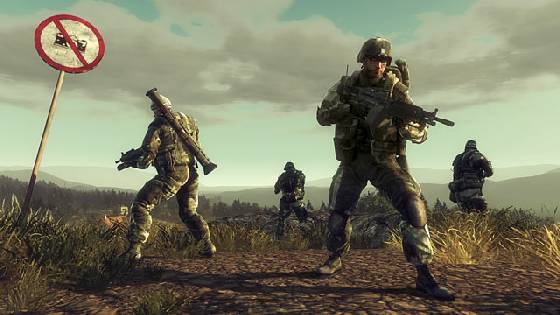 Smelling the potential to capture console players, Battlefield followed suit by inserting some semblance of a single-player mode in Battlefield 2: Modern Combat on the PS2 and Xbox – but it was with Bad Company that DICE really showed its campaign chops.  Bad Company had a great sense of humour and really captured the essence of what it is to be a Battlefield game – destructible environments, vehicular mayhem, and solid gunplay – in the form of a well-paced single-player campaign.  While Battlefield: Bad Company 2 moved away from the successes of that first game to fit more of a Call of Duty mould, it was still filled to the brim with fantastic action set-pieces that punctuated its relatively short campaign with enough explosions to shift the Earth off of its axis.  That of course was the first step in the convergence between Battlefield and Call of Duty campaigns, which despite being such different multiplayer offerings, are now fighting for the hearts and minds of single-players in a set piece arms race.  If there is an argument to be made against these games its that the convergence of the two leaves players with little in the way of unique experiences.

But this isn’t uncommon in creative and dynamic fields like video games.  I feel like I’ve been a bit harsh on platformers lately, but many of the same sentiments can be levelled at these critical darlings.  While I stop short of calling them criticisms, the same complaints about Call of Duty and Battlefield singleplayer campaigns can be also squarely aimed at the average modern platformer.  And so it becomes simply a question of when it is okay to iterate and when it is not.  I can’t argue that the single-player campaigns of Battlefield and Call of Duty haven’t gone through any sort of revolution – but I do find myself asking “why do they need to?“.

Perhaps Activision and Electronic Arts need to think outside the box on what these single-player campaigns should be.  Or maybe they don’t.  What it comes down to is that both DICE and the various Activision developers responsible for the Call of Duty franchise know their audience and their place in the market.  They focus on the evolution of an entertainment rather than breaking apart the very campaigns that made their games such successes all those years ago.  Call of Duty and Battlefield games don’t purport to be art – nor should they – they are aimed squarely at the audience that enjoys ridiculous and often impossible action sequences and ‘us against them’ political espionage.  They aren’t life changing experiences by any stretch of the imagination, and nor do they purport to be with all the bombast that comes with their marketing and promotional material.  But they are valid experiences that, while not perfect, don’t deserve the criticism fired at them by critics and fans alike.  Besides, if no one plays these campaigns anyway, what does it matter? 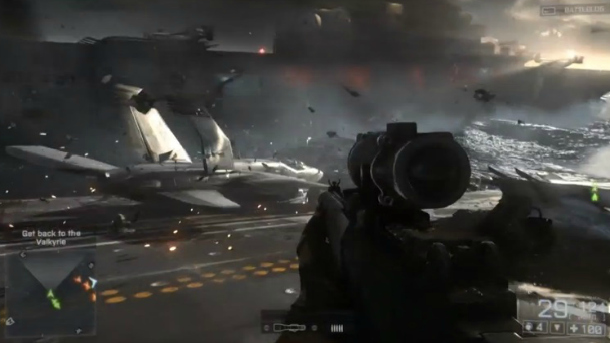