I’ve never paid for a day of Xbox Live Gold  in my life.  It looks weird to see that written down, given the ridiculously important role online implementation and features have played in defining consoles in recent years, but it’s a truth I think is worth acknowledging publicly.  Games have moved on but what’s become abundantly clear is that I haven’t.

When I think about how games have changed over the years I get a bit excited.  The technological jumps they’ve made, the amazingly intelligent thought being put into how they’re made, and the fact that there are people going to painstaking efforts to recreate the real world down to the finest levels of detail.  Games quite simply aren’t the things that they once were, and if I could bring the childhood version of myself forward in time to play the games I’m enjoying as an adult, I can only imagine how low his draw would drop.  And if he made it back to the 1990s he’d be telling his friends just how much better the games of the future are.

But in many ways, at least for him in 20+ years’ tastes, they’ve changed for the worse.  And for me that begins and ends with the rather rapid and insidious onset of online competition.  From the more active online multiplayer, to the asymmetry of leaderboards, the need developers feel to steep their games in competition at every turn is a real turn off.  From the unpleasantness of a Call of Duty match, to competing with an seemingly infinite bunch of randoms in the Pinball Arcade, it just has never quite been my cup of tea. While I will admit that it is all conceptually brilliant, and in execution even more so, the impersonal nature of online competition has never quite done it for me.

And that’s because competition to me is something entirely different from what the internet has turned it into.  I think back to the looks of bewilderment of my siblings when I beat their high scores in Pinball Dreams, or the running tally of high scores a childhood friend of mine kept on his fridge to keep track of the fierce game of Game Boy Tetris leapfrog he was playing with his Dad.  It was these relatively tangible measures of success that kept games in rotation for years upon years, and kept people engaged in active battle with each other, hoping one day to claim final bragging rights.  In the game these numbers were benign, but when given life by the way we traded them in the real world to elicit reactions from our friends and family, they became priceless measures of our success.  The hours poured into memorising block fall patterns or building up multipliers on Nightmare or Steel Wheel were worth it for the moment you got to break the news to the poor person you just toppled from the peak of the high score table.

Case in point for me, when I think back to the early days of the monstrosity that was the first Nintendo DS, my mind automatically shifts to the three years war of Polarium I had with my now fiancée.  Day after day, night after night, we would beg and plead with each other to have a go, hoping to pull the tug of war struggle in our favour.  A war that was ultimately proven as fruitless.  As time went on and fortunes turned and her intellect and skill proved better than mine, the battle was over and the war won, and despite half-hearted attempts since her place on the Polarium high score table has been etched in stone.  It is still to this day one of my fondest gaming memories.

The thing is in all of the above cases I knew what I was up against.  I knew that my then girlfriend kept the same work hours as I did, I knew that my siblings were at school in the day just as I was, and my friend knew that his dad could only really play late at night once he’d gone to bed.  To be frank I don’t really care whether the basement dwelling pimple-faced XxXiamthabestXxX has an itchier trigger finger than me in Call of Duty, and nor do I have the drive or want to get one, particularly when it means pouring hours upon hours into getting it.  It is a meaningless comparison that can never be standardised, and one that as online digs its claws further into each and every experience, becomes more and more pervasive.  Online can be great in the right hands, but with seemingly every modern developer scrambling to assemble some kind of online leaderboard, it is starting to lose sight of when, where and why it is a good piece of game design.

So I’m firmly rooted in the games industry of yesteryear, where I was keeping tabs of high scores via notepad scribbles, and where high score leaderboards had some real life currency.  But I do care if someone I know manages to topple me from my ivory tower atop the ‘local leaderboard’.  The playing field was level and those numbers at the top of the screen meant something.  Just as a petrol station in Sydney charging Australian dollars doesn’t compete with one in Beirut charging Lebanese pounds, we were choosing battles that were personally relevant to us, trading on a currency that was legal tender in our world.  Call me old fashioned but for me online will never give that same sense of satisfaction. 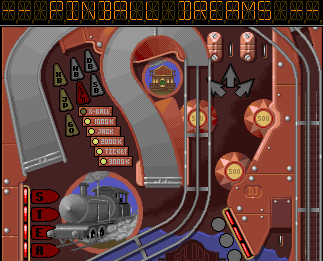