Forget all of that internet spurred groupthink nonsense about whether Killer Instinct was actually a good game or not for a minute and you’ll see the game as a fantastic insight into the wonderful decade that was the 1990’s.  At a time where the arcade was a king (about to be dethroned) and arcade conversions were the best thing since a hot Milo on a rainy day, Killer Instinct was, for a couple of years there, the biggest thing on the planet within the confines of the schoolyard.  And at a time of Mortal Kombat and Street Fighter that’s really saying something.

To anyone that wasn’t there in the 90’s, it’s hard to describe how rabid all the kids were for fighting games, but trust me when I say the arrival of a new game at the arcade somewhat resembled bunch of Korean teenagers at a Got7 concert.  And in the 90’s Killer Instinct was exactly the sort of killer combo that sent the British Knights sneakers and Klue Jeans wearing youth hog wild. It came with a killer CD, it had ultra-combos, an inference to boobs, and some of the most creative finishing moves since the still-fresh Primal Rage. Killer Instinct quite simply is about as 90’s as it gets.

And as a child of that particular decade Killer Instinct will always hold a special place in my heart.  Entire days at friends’ houses were planned around Killer Instinct.  We’d trickle into any one of our houses in the Northern suburbs of Adelaide as early in the morning as possible, leaving our bikes in a pile in the front yard, and get ready for a day of fun and frivolity.  As an adult I find it hard to imagine anything, let alone a 2D fighting game, holding my attention from sun up until sun down.  But the hundreds upon hundreds of bouts of not just Killer Instinct, but any game where we could punch each other in the face, are testament to just how engaged we all were with the genre.  Win or lose we just couldn’t get enough of the genre that practically defined a generation of kids.

But perhaps most importantly Killer Instinct was a conduit for the boyish shenanigans that would ensue throughout the course of the day.  There were copious punches in the arms, wrestles to the ground, an even the spontaneous game of British Bulldog in the backyard that would invariably end with someone having to seek parent-administered first-aid for a blood nose.  Of course there was also copious amounts of talking absolute shit, calling each other dickheads at every available opportunity, and telling nonsense stories that I’ve come to learn are only funny to boys under the age of 20.

I even distinctly remember one of our mates, Daniel, painting a rather graphic picture of the time he walked in on his mum and stepdad having a good old fashioned root on the kitchen bench. Much to his disgust, we had a field day with it, adding tiny but vivid details that I’m sure to this day haunt him, particularly at family gatherings.  But as near-teenaged boys we thought it was a right bloody laugh rubbing his nose in the fact that his mum still had a vagina. Needless to say it was hard to keep a straight face talking to her at that very kitchen bench, while we all stuffed out faces full of Vegemite sandwiches.  It was awkward, yes, but bloody hell it made for a great memory.

Killer Instinct was great, but it always played second-fiddle to shooting the shit with the kids from school, the friends I’d grown up with. We weren’t friends because we played videogames, we were friends who just happened to play video games.

And that’s the natural order of things.  Friends first and video game foes second. Anyone that has followed my writing would know that I don’t necessarily buy into the idea that online multiplayer makes video games great.  And from my experience most of the fun of playing video games together comes from the familiarity of the people you’re playing with.  Whether it’s knowing that they got dacked at school that day by the kid we affectionately call “Chubbs”, or taking the piss out of a bloke for being rejected by Cara, it was these personal relationships that made playing these games together fun.  Whether Cinder beat Glacius was neither here nor there in the grand scheme of things.

Killer Instinct will always be a fond reminder of a pivotal time in my youth.  Orchid’s endowment is a reminder that puberty had hit me hard in the mid-nineties. Fulgore is a reminder of the ultimate male power trip that hits every boy in his teens.  And Spinal is a reminder that skeletons are really easy to draw once you get the hang of it.  But more importantly it is a reminder that playing with games with friends makes for some amazing memories.  Was Killer Instinct a good game?  Well for starters I don’t think that’s a question that should be answered by committee. But from where I stand it’s an amazing piece of video game history, an example of the ingenuity of British developers, but most importantly a time machine to my childhood.  Killer Instinct was the talk of the town for so long that it feels like friendships were practically forged while playing it.  But that’s not the case, and if anything going back and playing it as a disgruntled adult, reminds me of all the friends I no longer have.  And you know what?  Playing Killer Instinct online would never fix that. 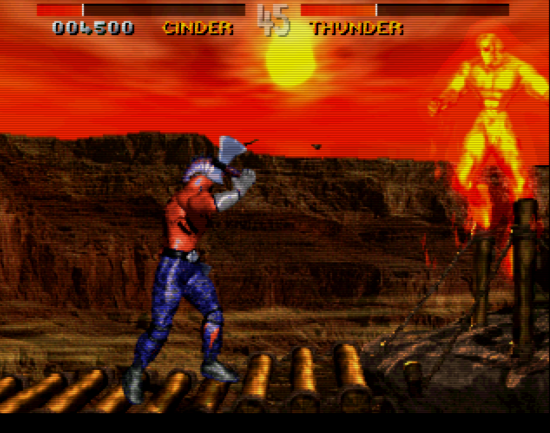 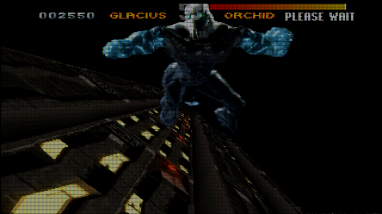