I’ll never forget the summer of 2006-07. I remember day after day of 40 degree weather making it impossible to keep cool.  I remember sleepless nights tossing and turning in a loft apartment that practically transformed into an oven throughout the course of the day.  I remember my first Christmas away from home and eating a roast turkey sitting on the floor of our still rather empty apartment.

But most of all I remember that first summer with the Nintendo Wii. 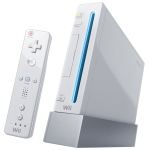 By the time the launch of the Wii rolled around in November 2006 it felt like anticipation for the launch of the console formerly known as the Revolution had been building for decades.  We’d known for a couple of years that it was going to be heavily focused on motion control, but exactly what that meant was a nebulous concept that was so bloody hard to grasp that it led to many struggling see it as anything but a misguided attempt to recapture mindshare of the console market.  But scepticism was far from my social circles, and for most people I knew it was such a radical idea that they were already a captured audience, sick to death of the already saturated talk of tech specs and resolution, and ready for the future of video games.  Whether the Wii delivered on those expectations is irrelevant, because that first morning and indeed that first summer following its release, I was absolutely enamoured by the little console that could.

It was a very tangible first few hours with the unorthodox controller – the Wii Remote – almost literally feeling my way through every nook and cranny of the system’s interface.  The novelty almost outweighed the practical applications early on, as the mind boggled at everything from the way the wii remote rumbled as the cursor hovered above the home menu’s icons, to watching it rotate as I twisted my wrist.  It was the sort of thing you’d call people just to tell them just how amazing it all – or in my case sent a low res video of the shenanigans to a friend from my then rather fancy Sony Ericsson K600i.

When I finally grew tired of the menu and turned my attention to actually playing something, Wii Play was the first cab off the rank, with the packed in controller proving too tempting to resist ripping into the box, and the idea of playing a faux air hockey game weighing heavily in its favour.  Hindsight will see it described it as nothing more than a subsidised second controller packed in with a superficial proof of concept for the system, but for anyone experiencing it for the first time straight from the rather orthodox controller of the Xbox 360, it was an amazing eye opener to just what Nintendo was thinking when it put pen to paper and designed the machine.  The description of how amazing a game feels had taken on a new meaning.  The revolution was here and it was pretty bloody spectacular.

Then, like everyone else, I was enraptured by Wii Sports.

Like the rest of the world Wii Sports was in regular rotation that summer, as refuge from the scorching sun became heated rounds of tennis and bowling.  Bowling in particular brought competition to a whole new level, with sledging hitting all new levels, and carpet being literally shredded to pieces by the rather intense dragging of our feet in our follow-through.  Of course, we knew that there were natural limits to the Wii remote’s motion control, but somehow the exaggerated action made it just that much more fun, as we picked each others’ techniques to pieces or sat on the sidelines watching with such elation that it simply didn’t matter.

And it didn’t matter.  For the first time in a long time it didn’t matter who was or wasn’t playing games, and while the protective ‘hardcore’ trembled in fear at the idea that their pastime was being invaded, for many of us it was incredibly inclusive time for the industry at a time where its game design template and its media ran a real risk of isolating segments of the market.  There was something about the Wii that united people under a common banner, one that didn’t distinguish between ‘boy’ and ‘girl’ games, or ‘casual’ or ‘hardcore’ games.  They were games, they were fun, and while they perhaps weren’t the calculated or polished games gracing other systems, they managed to shed the air of intimidation and pretentiousness that had almost by chance grown out of the sub-culture.  For a brief moment there was equality.

Of course speak to anyone now and they’ll tell you a very different story, as the very real physical sensation and sense of elation moves further and further into the distance.  The talk of high sales is caveated by mentions of lacklustre software and gimmicky shovelware, of lack of third party support and of superficial use of the motion controller.  The numbers tell a story of a ridiculously successful trend that burnt brightly but briefly.  But subjectively and emotionally, the Wii was so much more than the objective look at its failures.  For how we remember those first moments with the system feeling our way through a new way of playing, for the excitement booting up every new game just to see how it used the Wii remote brought, and for the overdue social element it brought to video games.  We as a collective may have played more hours on the Xbox 360 and the PS3, but if I were to put a time value on those moments I shared with my Wii, I became far richer from waving my arms around like a loony in the presence of friends and family.

So while history of the Wii is being written based on the objective history of the Wii, it’s important for us to stand back for a moment, and remember just how exciting and potential-filled those moments with Nintendo’s fifth home console were.  And that even if that potential wasn’t fully realised it changed the industry for the better, one that harkened back to the true origins of video games as an inclusive and at times social pastime, and one that put the artificial construct of the ‘hardcore gamer’ that developed in the 90’s back in its box.

And that’s the way it should be. 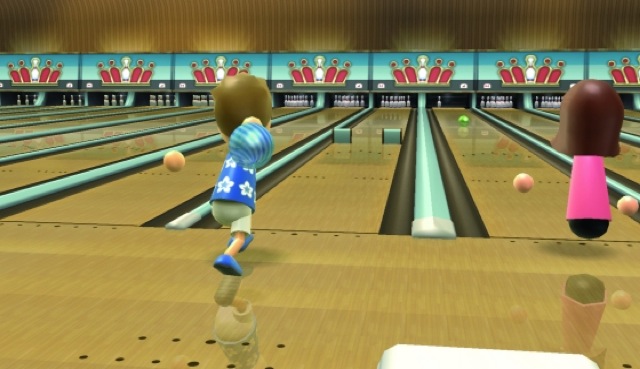