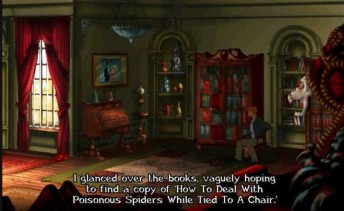 It was probably about 10 years ago that people were crying out for a return of the Adventure game.  Driven by a perception that a bit of creative bankruptcy had perhaps set in, and the release of the stylus-driven Nintendo DS seemingly a perfect fit for the genre, all eyes were turning to the past in search of a nice bit of nostalgia and a life jacket to save us from drowning in first person shooters.  As sincere as it was at the time, I’m not sure anyone was in any way shape or form cheering for the genre’s rise back to the top of the pile, and if they were like me they were probably caught a bit off guard by just that eventuating.

I have never made it any sort of secret about the fact that  The Secret of Monkey Island is one of my favourite games, probably a product of the fact that it was an enormously popular genre at the time and that it was ridiculously funny game that really appealed to my childhood sensibilities.  But whether the game holds up or not is another story, and if my recent attempts to play through it are anything to go by, it may not be the timeless comedic classic people like me thought it would be. It’s still good, very good in fact, but perhaps not great (although I’m not quite as negative as Lucius on the matter).

And things only got worse as things went on as puzzles went from slightly offbeat to nonsensical.  While things weren’t much better for its peers, it was LucasArts that suffered most from what was either the ambition or misguidance of making intricate and overly clever sequences.  Stumbling upon intricate solutions to difficult problems was always the draw for playing these games, but as trial and error became more and more prevalent, it became less and less satisfying. That mentality behind the design of these games hit its peak at Grim Fandango, and so while it may have been a swansong for the genre, it was also the best sign yet that adventure games had well and truly passed their prime. So while it is a classic, it is certainly a heavily caveated one.

Somehow though, the Broken Sword series managed to sidestep the minefields everyone else seemed to willingly walk into, while still maintaining what made adventure games such an appealing prospect for more than a decade.  It was intelligent and thoughtful without being obscure, and funny without the need to be weird. Fast forward a few years to the Game Boy Advance, and an unlikely port of Broken Sword to the portable system fixed streamlined the game’s control system, for mine making it at the time the definitive version of the game, and possibly the best example of the genre. Direct control of the character wasn’t a new thing, but the ability to cycle through points of interaction with the GBA shoulder buttons was a welcome addition.  Broken Sword was never devilishly difficult, but in working with the limitations of Nintendo’s handheld, the developers managed to sow the seeds of a silent revolution that wouldn’t begin in earnest until much later.  It became a journey, something akin to a good Tintin novel.  And so while it was an admirable – nay masterful – attempt at keeping adventure games relevant by bringing them to an enormous and diverse GBA audience, the genre disappeared.

For a while at least.  Telltale Games is credited with bringing back the genre from the brink of extinction, and while 2012’s Walking Dead was the first big mainstream hit, for years it had been leading the charge in a miniature renaissance for the genre.  Zombies were big, the Walking Dead was bigger, and Telltale Games was practically hitching a ride on a pile of already free-flowing money.  Adventure games were back and they were bigger than before.

But for me, something was missing.  While the rest of the world fell in love with The Walking Dead, I found myself struggling to claw my way through episodes.  I played through Episode 1 over a lazy Sunday afternoon and left unfulfilled.  A year later, again on a lazy Sunday afternoon, I played my way through Episode 2.  By Episode 3 I decided it was all over.  “I like the Walking Dead comics.  I should love this”  I thought to myself.  With everything that killed adventure games in their heyday fixed, from the clunky interface to the shithouse puzzles, it seemed like a done deal.  So what went wrong?

The revival of the genre left me with somewhat of a bitter taste in my mouth.  While the things that drove me away from the genre were gone, a vacuum had formed around the absence all the things that made adventure games so special in the first place, leaving something that resembled a visual novel more than an adventure game.  And a predictable one at that.  After years of being an adventure game apologist I’ve finally come to realise that we can never go back to those heady days where adventure games were king.  But if the way forward means stripping the brain out entirely and replacing it with heart then, for me at least, adventure games as a mainstream genre died out long ago.

At least I’ll always have that copy of Broken Sword for the Game Boy Advance. 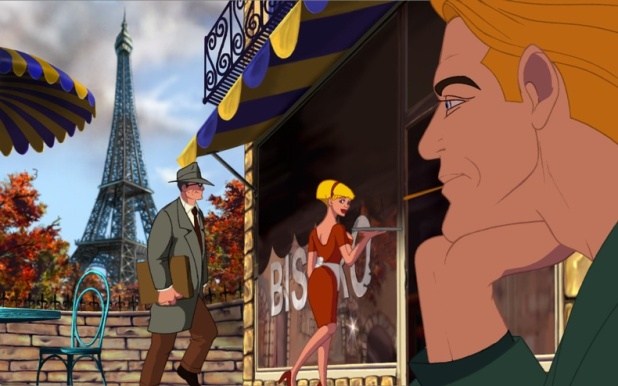