What a cracking year 2015 was. One for the ages I reckon. Marriage of course, topped that for me, as I was lucky enough to marry my teenage sweetheart. But hey, those video games really came to the party this year didn’t they, and in timely fashion too as both the Xbox One and the Playstation 4 hit their respective strides in a big way. And the Wii U, well that just continues to bubble along and make itself a welcome presence in every household it has touched to date. All 10 million of them. Good bloody times all ’round, really.

But as has become a bit of a trend for this ageing chap, video game time is but a portion of what it once was, and I’ve played only a handful of games I’d have liked to have. But the games that I did play, well they were all for the most part, great.  And from that selection, there were a handful that stood a head above the rest, that were so fantastic in fact that you’d be as silly as a bum full of Smarties to miss out on.

I’m not sure I was ready for just how adorable the 3DS incarnation of Hastune Miku is.  I liked the vocaloid rhythm game shenanigans of Hatsune Miku on the Playstation 3, tapping along to the weird electronic pop music complete with weird synthetic vocals, all the while enjoying the music more than I know I ought to.  Enough to buy two games of it in fact.  But the last thing I thought I’d want from these fun, challenging music games, is a virtual live-in diva of my own to look after and simply just hang out with and share a drink or two.  After all, it’s all about the music.

Well as it turns out it’s exactly what I needed from a Hatsune Miku game, because over the last handful of months, Hatsune Miku: Project Mirai DX has been at my side practically everywhere I go.  I’d replay songs not to get higher scores, oh no, but to buy premium sushi to share with my roommate Meiko.  “How about we share some sushi?”, I’d say out loud to my virtual on-screen buddy, garnering odd looks from my wife sitting not one metre away.  “How about we play some Reversi now?”, I’d ask, much to her excitement.

I’m embarassed to admit just how attached I became to my live-in buddy Meiko.  But the ‘relationships’ I developed with the adorable bunch of characters made the music that much better, and watching Meiko bust a few of her own choreographed moves on the dance floor, well that made me feel like a proud as punch parent.

Did I mention the music is also pretty good? 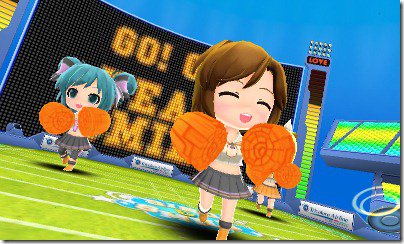 Rise of the Tomb Raider

For twenty years I’ve been a loving and committed travelling companion in Lara Croft’s adventures, accompanying her from the mountainous heights of Peru to the Arctic Sea, and beyond.  Her exploits on Yamatai in 2013 were a favourite of mine, offering a lush and stunning world to traverse explore, with a nice glaze of combat to add just a tad more flavour.  As much as I loved that game, I’m in no way afraid to admit that Rise of the Tomb Raider is a shitload better, even if it is just a bigger, prettier and more refined version of what came before.

There’s also a lot more tomb raiding in Rise of the Tomb Raider, which serves as a nice reminder that Lara Croft is a seasoned antiquarian, and conservator of anthropological history.  Something that’s easy to forget amidst her seeming wanton destruction of artefacts and historically significant structures.

Rise of the Tomb Raider may not throw Lara into completely uncharted territory, but when the core experience is as good as this latest series reboot, sometimes bigger is just better. 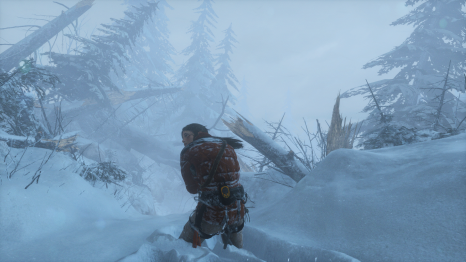 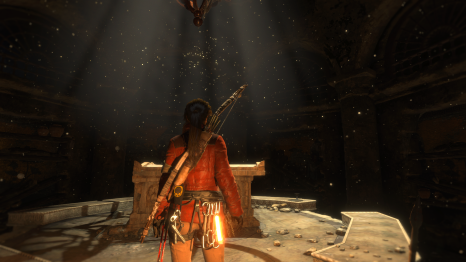 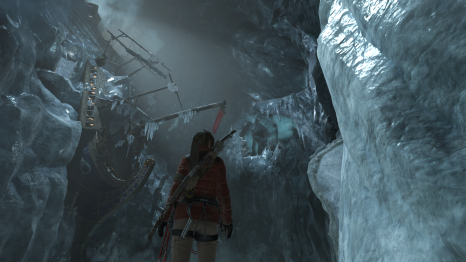 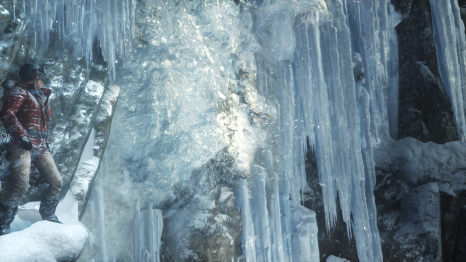 Steins;Gate is a beautiful visual novel masterpiece. Although at times it hides it behind a thin veneer of whimsy and goofiness, Steins;Gate is the greatest time travel story I’ve ever read, bar none.  Its characters are endearing, its dialogue funny, and its premise at times ludicrously Japanese: but its all in service of a story that is more ambitious and grounded than almost every other video game on the market.  Spoiling any element of Steins;Gate beyond telling you it’s about the accidental discovery of a method of time travel by a bunch of teenagers would be doing it, and your own journey through its narrative, a disservice. But rest assured if you can read, and you have the means by which to experience Steins;Gate, it is should be bloody-well compulsory to do so. 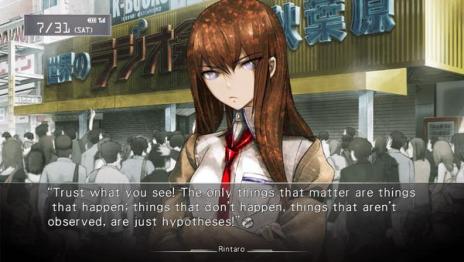 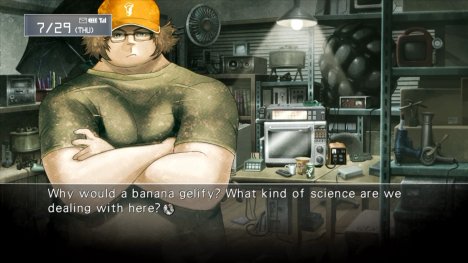 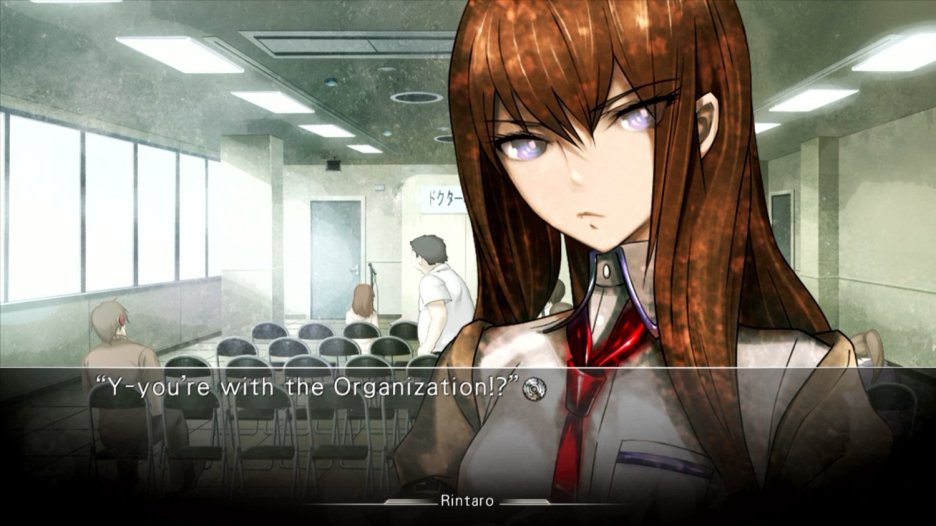 Forza, Forza, Forza.  It’s become my rock at this time of year.  It is the series that keeps me out of the sun, stuck to the lounge, and glued to the screen over the summer months.  It’s the game that I’ll sneak in a race or two whenever I get the opportunity.  But most importantly for me it’s the game that just gets better and better with every entry. Forza has quite simply never been better and it’s the little things like night racing and wet weather that make it so.

Wet tracks may not seem on the surface to be a game changer, but the first time you experience aquaplaning at high speed, you’ll appreciate just how advanced Forza’s physics engine has become. And feeling your tyres rapidly lose grip through the controller’s haptic feedback is a very special experience indeed.  But it’s also a brilliant feedback loop that makes regaining control of your car, or easing off of the accelerator to avoid a loss of traction, intuitive.  The game may have driving aids for inexperienced drivers, but with the way the car communicates with the player through various sensory devices, it practically implores everyone to experience driving at its purest.

Racing is the one genre I just couldn’t live without.  But we’re almost at the point now where Forza is the only racing game I need. 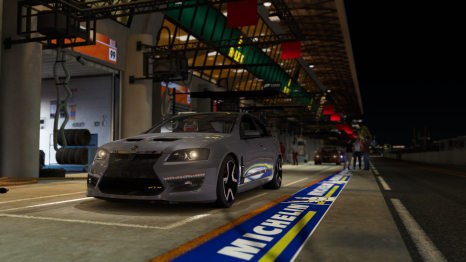 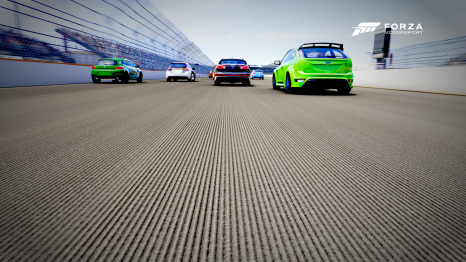 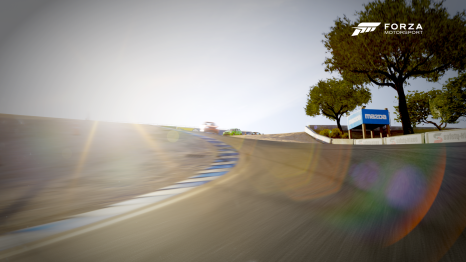 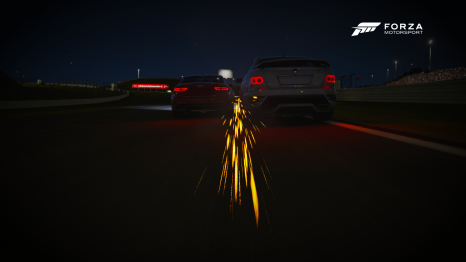 It’s very nearly 40 degrees celsius outside, but while surviving the terror unfolding at a snow-covered Blackwood Pines lodge, I’d have sworn it was as cold as ice.  Until Dawn sucks you in with its premise, holds you with its story, and strangles you with its atmosphere. Words alone quite simply cannot describe how expertly and lovingly crafted the game is, not only as an homage to the slasher genre, but as a progressive and revolutionary piece of interactive fiction.

Until Dawn is exponentially greater than the sum of its parts.  As a horror game it was effective, playing on the tropes of the slasher film in a way that kept me second guessing myself and what the genre would expect me to do, desperately trying to keep my ragtag bunch of teens alive.  The first time your decisions lead to the death of a character is traumatising, matched only by the relief at a split-second decision that saved another’s life.  It’s a fine line between life and death for these characters, and knowing that any one of them can die at any moment, creates a tension unmatched in the medium let alone the genre.

But as an experience it was something really, really bloody special, certainly unmatched in its medium irrespective of genre.  Until Dawn wasn’t just unnerving owing to its sense of dread and terror, it filled me with a sort of psychological unease, convincing me at times that I was somewhat sociopathic and that my irrationality was playing out within the game. In  Until Dawn, Supermassive Games has not only made the best cinematic video game experience to date, but it has raised the bar for video game psychological horror, and in doing so outplayed all but the very best in silver-screen slasher flicks.

It was immersive, it was beautiful, and it was compelling.  Until Dawn is, quite frankly, a future of video games I’d be more than willing to accept.

Simply put it’s my favourite game of the year. 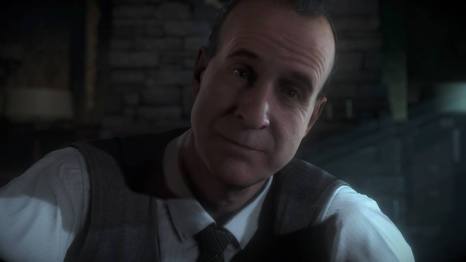 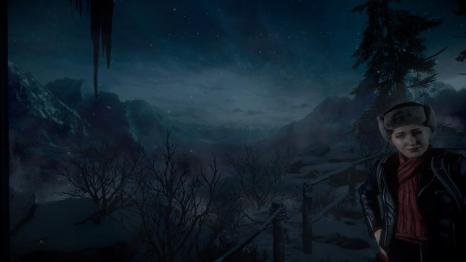 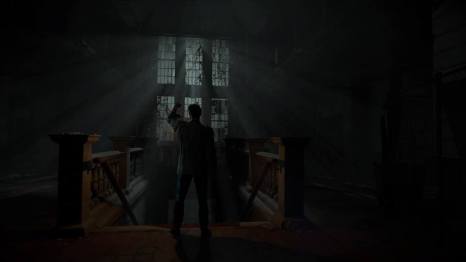 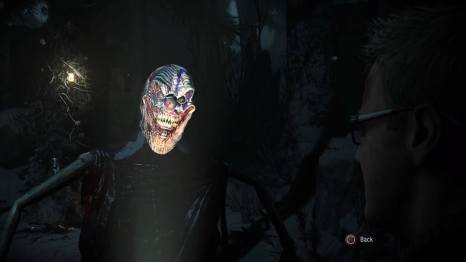 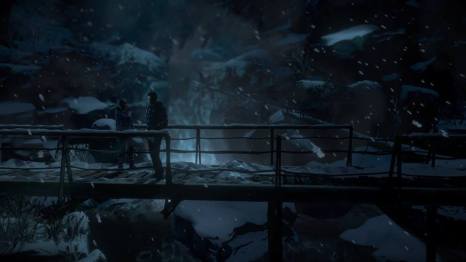 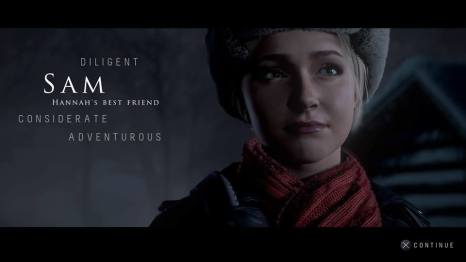 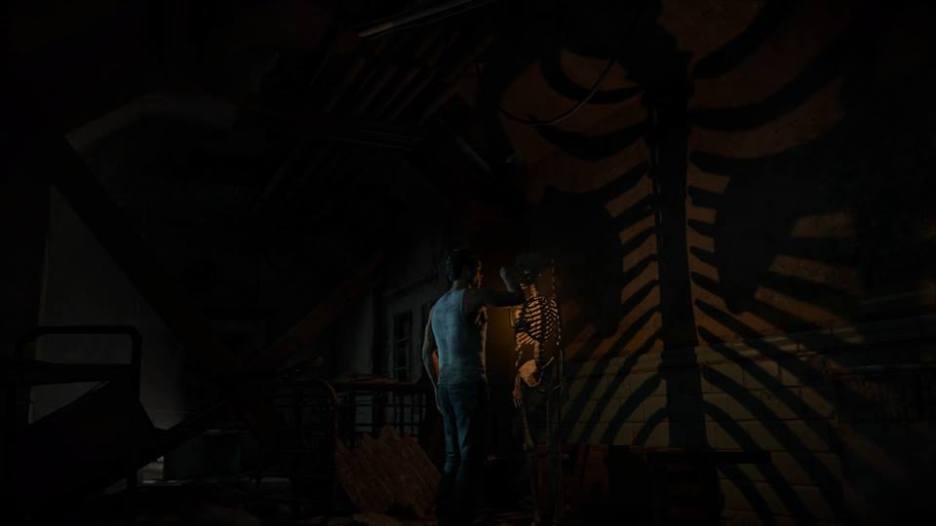 While 2015 draws to a close, there are still a handful of choice cuts from the year I’d love to sink my cleaver into, from blockbusters Assassin’s Creed: Syndicate and Fallout 4, to a few smaller but just as tender pieces of meat such as Nobunaga’s Ambition and Wasteland 2.  But before we get carried away with next year, why don’t you let us know in the comments what your favourite games of the year are, and why everything I’ve written above is absolute nonsense.  It is the internet, after all.