Eurogamer recently reported the rumour that the Nintendo Switch will have support for GameCube games on the Virtual Console. If true, this is fantastic news, as the GameCube has an enviable library of titles to draw from, many of which never reached the audience they deserved. Big hit titles like Super Mario Sunshine, Luigi’s Mansion and Paper Mario: The Thousand Year Door are a sure bet for revival on the Switch Virtual Console, but there are loads of excellent GameCube games that are less well known or successful yet nonetheless deserve to see the light of day again. Here are the ten GameCube titles I’d love to play on the Nintendo Switch.

This was the first Fire Emblem game to embrace 3D and voice acting, and it was the first to feature Ike, now immortalised in Super Smash Bros. and as a rather fetching amiibo. I never got to play it at the time, so I’d really love to get my hands on this one. Seeing as previous Fire Emblem titles have already made their way to the Virtual Console, I reckon there’s a good chance we’ll see this one appear on Switch. 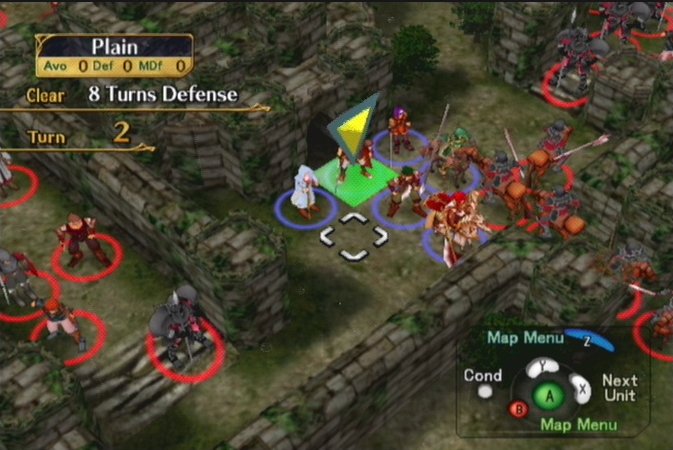 I’ve written before about how much I love this game. Doshin the Giant is a bit like a cross between From Dust and Black & White – you control a big, friendly, yellow giant called Doshin, and you gain worshippers by clearing land for them so their villages can grow bigger. And YOU grow bigger as more and more people start to love you. But at the start of the next day, you find yourself back to normal size and the process starts all over again. It’s weird, relaxing and utterly, utterly wonderful.

Skies of Arcadia originally came out on the Dreamcast, and it’s one of my favourite RPGs of all time. The ship battles were great, and assembling a crew from across the world of floating islands was compelling – plus those famed SEGA blue skies were very much in evidence. The GameCube version adds the ‘Legends’ subtitle, along with lots of extra discoveries and tweaks. Most notably, the only real problem with the original has been fixed: the frustratingly high encounter rate has been reduced, so you can explore in relative peace without being pounced on by enemies every five seconds.

Although it’s not particularly well known, the first Lost Kingdoms was one of the best games for the GameCube – I’ve written about what makes it so good right here. The sequel is even better, but it was released right near the end of the GameCube’s lifespan and is pretty difficult to get hold of now: it currently goes for £30-40 on eBay. Both games were developed by FromSoftware, the folks behind Dark Souls and Bloodborne, although the Lost Kingdom games are a darn sight easier than those later titles. The series’ USP is that you battle enemies using cards, which transform into allies that fight on your behalf. Almost a year later, Phantasy Star Online Episode III (also on GameCube) would go on to use a similar card battling system. Speaking of which… 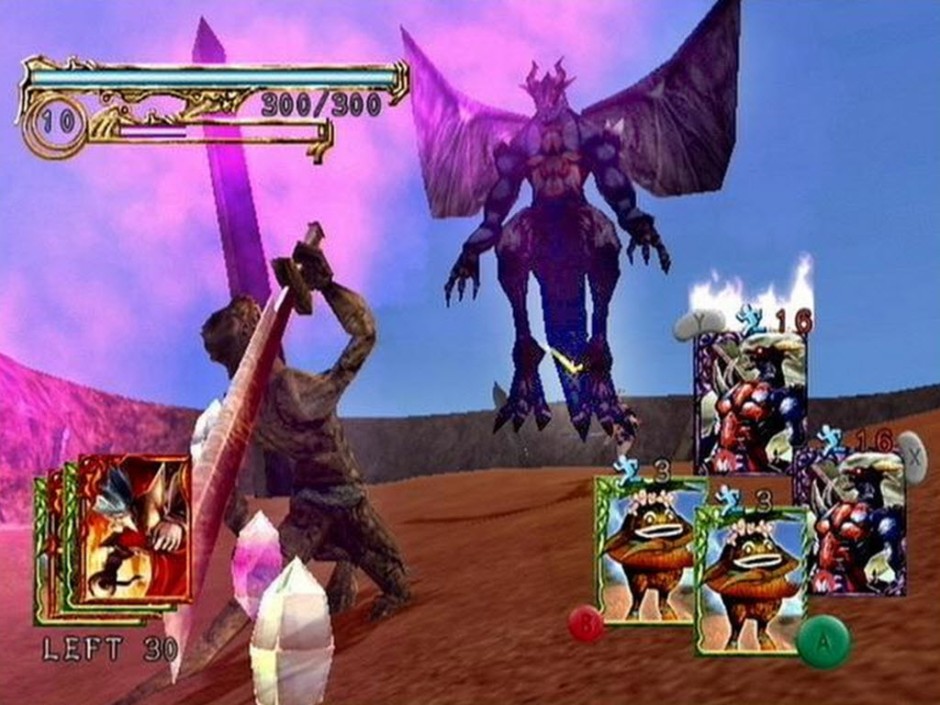 The third Phantasy Star Online game switched to a card battling system that divided fans of the series. Now, with the rise of Hearthstone and its ilk, card battling is very much de rigeur, so in many ways this game and Lost Kingdoms II were ahead of their time. In other words, now seems to be an ideal point to re-introduce them to the world. Of course, the multiplayer online element is crucial to Phantasy Star Online Episode III, so any re-release would require those servers to be dusted off and kicked into life again. The sheer expense of this might put paid to any hope of it seeing a second life on Virtual Console, but here’s hoping that SEGA and Nintendo see sense. 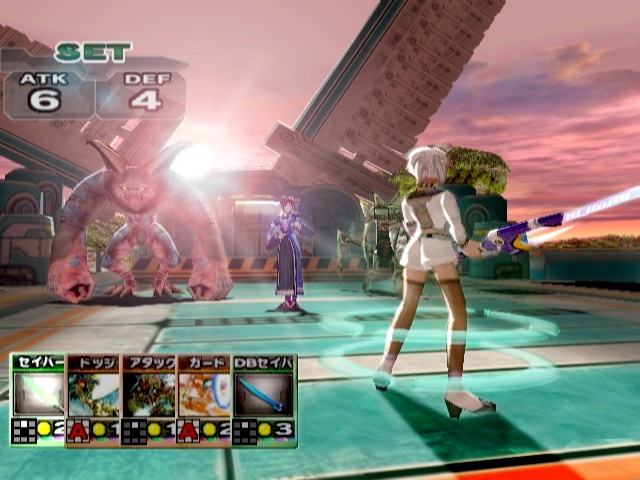 We’ve seen a few Chibi-Robo games over the years, but generally the sequels have been disappointing and not a patch on the charming GameCube original. You play a tiny household robot tasked with cleaning up after humans, but you’re constrained by having to constantly top up your batteries by plugging into the mains. The real draw though is the domestic drama that plays out in the background as the family weathers a pending divorce. Shigeru Miyamoto had a hand in its development, so perhaps that fact alone will be enough to secure it a Switch rerelease.

P.N.03 was announced as one of the ‘Capcom Five‘, a bevvy of GameCube exclusive titles that looked set to revive the fortunes of the ailing console. The other four were Killer7, Viewtiful Joe, Resident Evil 4 and Dead Phoenix: but Dead Phoenix was cancelled, and the other three quickly lost their exclusivity and were launched for rival consoles. P.N.03, on the other hand, remained exclusive to GameCube – probably because the game was somewhat of a commercial failure. Yet despite its lack of success, it’s a real cracker of a game from Resident Evil creator Shinji Mikami, and it offers a vibrantly different take on the run and gun shooter. Lead character Vanessa Z. Schneider is balletic but, counter-intuitively, has somewhat restricted movement, leaping left and right, backwards and forwards to precisely measured distances. This movement set in turn demands precise shooting and dodging, and it remains a unique and fascinating game that sticks in the memory.

Cubivore: Survival of the Fittest

Although this Japanese release was localized for the North American market, it never made it to Europe, so bringing Cubivore to Switch would provide the first opportunity for gamers in the UK to sample its weirdness. You play a carnivorous cube that starts off with one flappy limb, and the idea is to make your cube stronger by eating other cubes, which cause it to mutate. Different colours give different abilities, and you can mate with lady cubes to spawn a new generation with new mutations – as well as an extra limb. Limbs are important because you can only attack cubes with an up to one more limb than you have, so you need to max out your appendages to take on bigger baddies. Oh, and in a rather gruesome twist, you defeat enemies by wrenching off their limbs. How very un-Nintendo.

Battalion Wars is a spin-off of the Advance Wars series, but rather than being a turn-based strategy game, it’s a cartoony third-person shooter. However, it still retains some strategy elements, as you control a squadron of troops that you can switch between, ans each can be given specific orders, such as holding position of attacking certain targets. In essence, it’s a bit like the venerable Second World War game Hidden & Dangerous, but without the extremely slow pace, realistic setting and brutal difficulty. A sequel was released for the Wii, but the series has been dormant ever since, so it would be great to see it revived on Switch.

Despite the best efforts of director Denis Dyack, Eternal Darkness has yet to receive a sequel, which is a crying shame as it was one of the most original and creepy games of its time. Inspired by H.P. Lovecraft’s writings, it tells the tale of attempts to revive ancient gods that are set to wipe out mankind. The game starts with Alexandra Roivas investigating the murder of her grandfather in his mansion, where she comes across the Tome of Eternal Darkness. The book details the many attempts by individuals to thwart the revival of the Ancient Ones, and as Alexandra reads each chapter, you take control of whoever wrote that particular passage. There are 12 playable characters in all, everyone from a Roman centurion to a Franciscan monk, and each chapter plays very differently according to the abilities of your character. But the game is most famous for its ‘sanity meter’ which fills up as you encounter more and more ethereal horrors. If it maxes out, weird, disorienting effects occur that often break the fourth wall – your TV might turn off, or the game will suddenly announce it’s deleting your save file. The magic system is also pretty clever, as you pick out runes to cast a spell: the more runes, the more powerful the spell, but the greater time you’re left vulnerable while casting. If we can’t have a sequel to this wonderful horror game, the least Nintendo could do is revive it on their next console. And there are hints it might be on its way.

So that’s my wish list for GameCube games that should be revived on Switch – which ones are you looking forward to seeing?