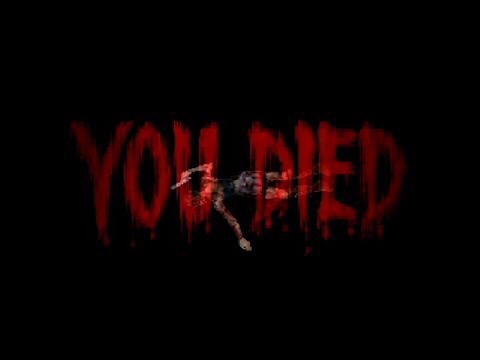 With Halloween just around the corner, now’s a good time to look back at the scariest horror games in history. The gentlemen of The Manor have each picked out a video game that really put the willies up them. 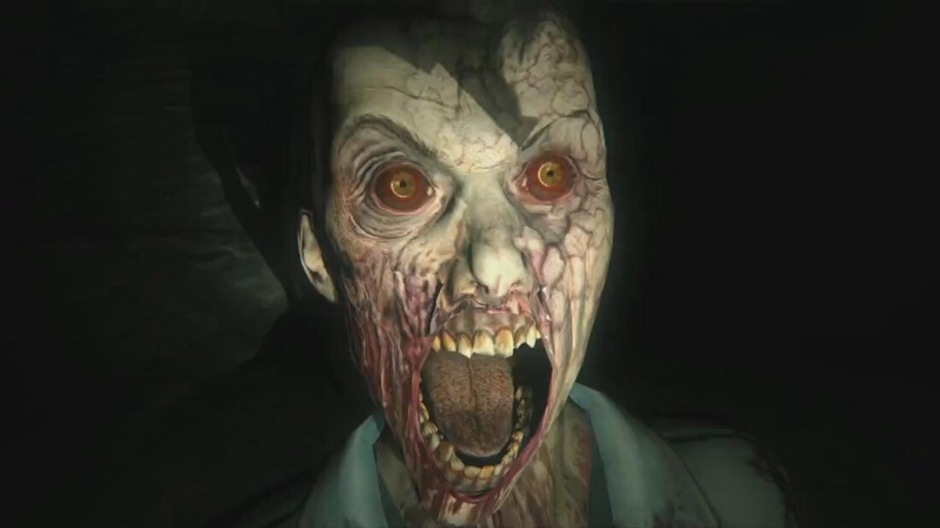 It was a toss up between ZombiU and Alien: Isolation for me, but the former was the only game I can think of where I was almost too anxious to finish it.

It took me a very long time to complete ZombiU – not because it’s a particularly long game, but because I had to keep turning it off after an hour as it was making me so tense. It’s got the perfect system for developing anxiety – each character you play is unique, a member of the public who is lured in to help The Prepper investigate the origins of the zombie apocalypse. The longer they survive, the more powerful your character becomes, improving things like their aim. But it’s also incredibly easy to die – the zombies are tough to kill, and your character can only take a few hits before expiring. Get surrounded by three or four zombies and you’re basically toast.

And if you do die, you lose all the precious stuff you’re carrying. The only way to get it back is to head to the same location and hunt down your now undead former avatar. If you die before you can retrieve your stuff, it’s gone forever.

This brutal system made exploring every location a tense affair, and I’d jump a mile in the air every time a zombie unexpectedly leapt out from behind a door. And don’t get me started on The Nursery. My god, The Nursery. I literally can’t even write about it, I think I have post-traumatic shock. 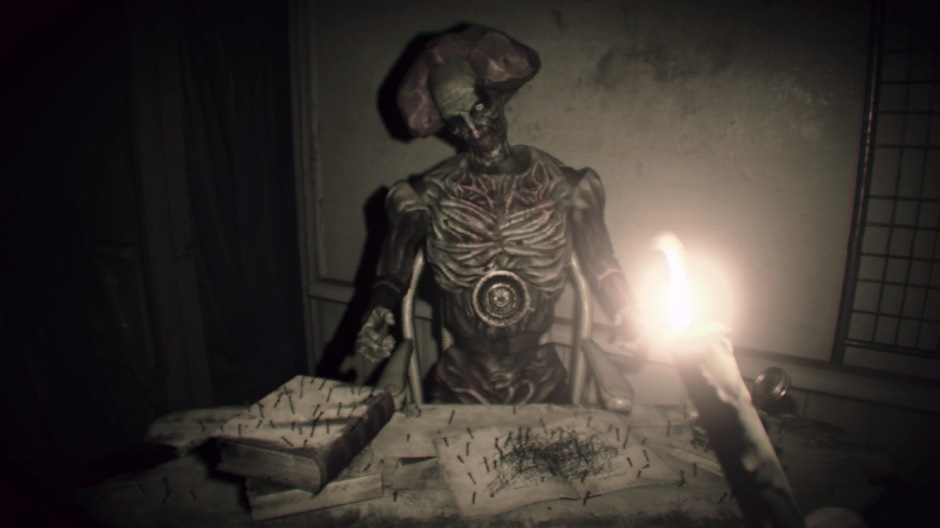 Nothing has come even close to the creepiness of Resident Evil VII in VR. The immersion and atmosphere in this game are impressive enough on their own, but once you’re dropped into that world in a way that’s as close to realistic as possible with modern technology, the effect is truly unsettling. Moments like slowly walking down the creaky, decrepit stairs to a lifelike, poorly lit basement, not knowing what was making that disgusting sound in the distance were genuinely creepy, even for someone like me who’s been almost completely desensitized to fictional horror and violence.

Non-VR runners-up would probably include Dead Space and Outlast.

Map Schwartzberg – The Legend of Zelda: Ocarina of Time 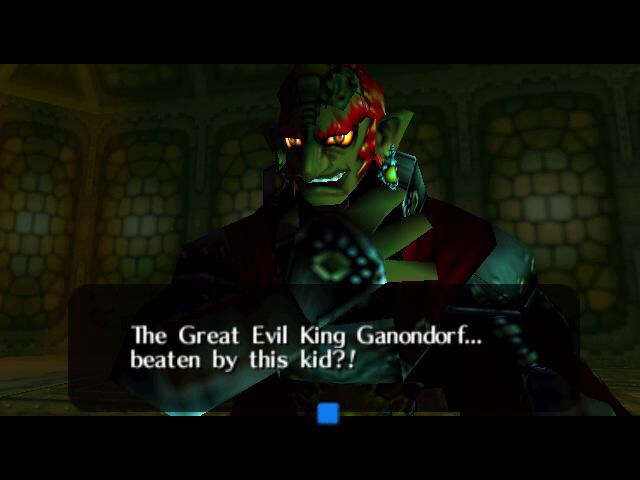 I have to be honest for a moment – I don’t play scary games. The last horror game I can recollect playing is Resident Evil 2… for the Nintendo 64. It was sure frightening, but not for the reasons than what we’re discussing here.

Without veering too far off the beaten path, I’d much rather share a moment from The Legend of Zelda: Ocarina of Time that sent more chills up my spine than any jump scare or gore fest ever could.

Shortly after discovering his lot in life, there a point where the childlike Link rushes to Hyrule in the hopes of ending Ganondorf’s reign before it even begins. As you roll up to the drawbridge the clouds begin to gray, lightning begins to crack and a heavy rain begins to pour down. Soon enough Impa, with Zelda in tow, darts past. Zelda throws the titular ocarina towards you and as you turn to watch it splash into the moat, an about face reveals the King of Thieves staring at you, evil grin on his face. Even today this first encounter with him gives me goosebumps, as you can feel the oppressive fear Link must be gripped by. Unsure, he unsheathes his weapon only to be laughed at for his gumption and is then summarily blown aside with a magical attack.

I intentionally hide under the blankets or just blankly don’t pick up spooky games, but they’ll probably never instill fear like the kind you’re never expecting.

Like Map I’m a wuss and avoid scary games, outside of the occasional Resident Evil game and the like. I don’t mind a good creepy game, though, and probably the creepiest game I’ve played in a good while is one I literally just reviewed, which is The Count Lucanor, available on various platforms. The game is macabre, and it’s truly impressive that the developers created such a wonderfully creepy atmosphere with limited pixel graphics. I recommend it to anyone looking for something a little different.

In terms of my all-time favorite creepy experience, I’d definitely have to go with The Legend of Zelda: Majora’s Mask. The game is like a funhouse mirror reflection of the world of its predecessor Ocarina of Time: it’s full of oversaturated colors, strange characters (such as the bipolar Happy Mask Salesman and a disembodied hand in the toilet), and an impending sense of doom with the moon literally looming overhead about to crash down. When Link puts on a mask and transforms (which is one of the main mechanics of the game) his transformation is accompanied by his agonized scream, which never fails to send a chill up my spine. The game culminates in a battle against Majora’s Mask, which itself is one of the creepiest bosses I’ve encountered in a game. 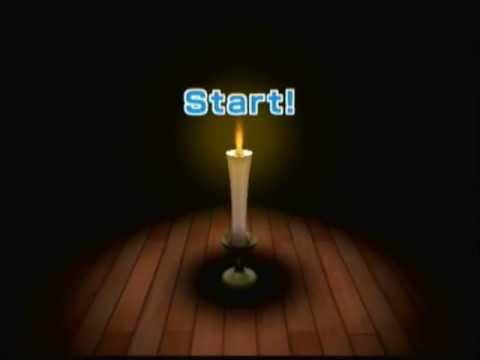 Lastly, I have to give a shout-out to one of the most out-of-nowhere creepiest experiences, which is tucked away inside the original Wii Fit. Alongside the much more well-known minigames such as “Soccer Heading” and “Ski Slalom” is the minigame called “Lotus Focus”. In it you’re tasked with watching a candle on-screen and sitting perfectly still on the Wii Balance Board for about two minutes. Sounds simple, right? Rather than present you with a serene Eastern setting with a babbling brook and the like, instead the game sets you in a creepy attic at night. Over the chorus of crickets your meditation will be punctuated by invisible footsteps causing the floorboards to creak, and the occasional incomprehensible whispering. As you try to keep your pulse steady, the session more often than not ends in a sudden loud bang as you move too much and trigger the end of the game. “Lotus Focus” seems out of place in Wii Fit, but it’s a fun and creepy experience that’s worth checking out if you happen to still have your Wii Balance Board and a copy of Wii Fit lying around.

So what’s the scariest game you’ve ever played? Let us know in the comments!